Launch Pads, UI and a bit more in-depth information on the destruction and repair of Zarnok Robots.

Posted by BluishGreenPro on Jan 2nd, 2015

It's going to take me at least a month to stop writing 2014 when I date my sketchbook entries. Yes, Zarnok Fortress development continues on into 2015!

Although it was a previously mentioned feature, here's what it looks like to kill a Zarnok Robot. Every enemy breaks apart into the various components they're made of. While they are animated in Spine, those parts are not accessible as normal Sprites in GameMaker, I had to re-export the bones and add them in. 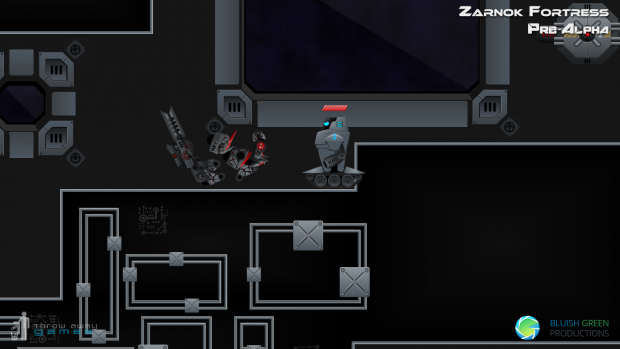 There's something oh-so-right about sending those metallic bits flying. It was something I really liked in the original Zarnok Fortress, and wanted to make sure was preserved for this iteration. Once you destroy a Zarnok Robot in this manner, there is no repairing them. This is in contrast to the damaged bodies left behind that can still be repaired by Zarnok Workers: 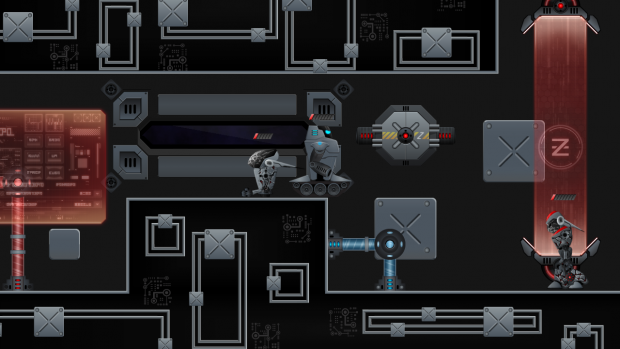 Indeed, always take out the Workers or destroy the bodies of your fallen foes lest they return to fight you again. Re-animated enemies gain an experience boost, although they no longer have the items they would have spawned with in the first place. And now for something completely different; LAUNCH PADS, YEAH! 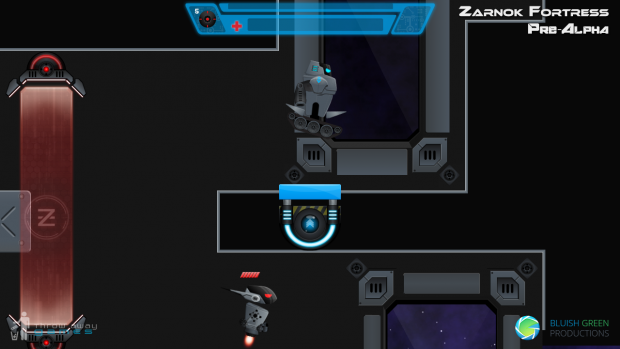 Zarnok Fortress now features Launch Pads that are functionally identical to the ones in Robo's World: The Blulite Rocks (this game is a sequel after all!). They launch you high into the air, even higher than Robo's Spring Jump, and won't cancel your horizontal movement. However, they only activate a moment after you touch them, so you can fall through them without getting launched upwards. Useful to remember if the Launch Pad is positioned above a hazard instead of built into the floor as this one is.
You can also see the beginnings of the UI are visible in this latest screenshot. The red bars above Robo have been replaced with the MUCH nicer looking UI created by the artist.

There's plenty more I've been working on this week, but nothing's quite ready to show. Keep an eye out for new images shared every Monday / Wednesday and Friday on Indie DB, and follow me on Twitter for Daily updates!