Hello everyone, this is my first weekly Devlog that I will try to keep up from now on. Comments/Suggestions are welcome.

Starting this Week, I will try to release a Weekly Update of the Game progress and after some requests, more aspects of a Part-Time developer's week.

So this week started with "promotion" and "business" aspects of the game in mind, which is normal after Athens Games Festival I attended last week. I did a Patreon update about the way I should handle Patron rewards and game test builds distribution at the start of December. I ended up deciding to use Steam for the distribution as a private "alpha" phase and applied to SteamWorks.

Didn't have much time for anything else -in between my day job and handling these matters- in regards to developing, and that's something that feels weird sometimes, but as a solo part-time developer, I have to realize that will happen and some days will pass by without any actual game progress.

An interesting day! We got Steam Partnership! That means I could start using the SteamPipe to push builds and updates which Steam handles smoothly and without needing to update unnecessary files (meaning small updates for me to upload and you to download) and all that using Steam official platform.

The tutorials were very easy to understand and the whole process took me a couple of hours before I had my first build up and running! After that, I had to request the first keys to test it on the platform and within an hour I had Steam approving and having my first 5 test keys, again everything was smooth. Thank you, Steam.

One more day without much about game developing, but very productive nevertheless.

Had a very busy day at my day job, which I haven't mentioned, is not a developer, but an IT Manager, and couldn't wait to get back home and have a Skype call with someone who would discuss a Kickstarter campaign with me and then get some rest. I had decided to not run a campaign like this, at least for now and focus on game progress and getting the game out there for people to see it, but I didn't have anything to lose to just talk about it.

Well that Skype call was fun but the expert mentioned something I never thought about it, that not many people would "invest" in a 1-guy team. So you can't reach a big number in funding, and if I would ask a lower amount, they would find it difficult to trust that I would deliver with such a low amount of money asking, which is funny if you think about it, you either go with a big team big number, or not at all. Well, I'm at "not at all" at the moment, that's why I started the Patreon page so that people get to know me and see what I do, and if they like they can pledge, even the 1$, so we start a community which is the most important part personally. It's a bit weird because it's not the first time I find being solo to this project to cause others being skeptical about it, which kinda stopped now, might be because of people seeing the progress I guess.

I might make another separate article sometime about my thoughts in Game Development in general and also listen to your opinions.

After that, I loaded up Unity to finally do some actual work on the game and started working on NPCs AI, which the main Idea was described some months ago here, mainly did some refactoring on the AI, and prepared things for Thursday. 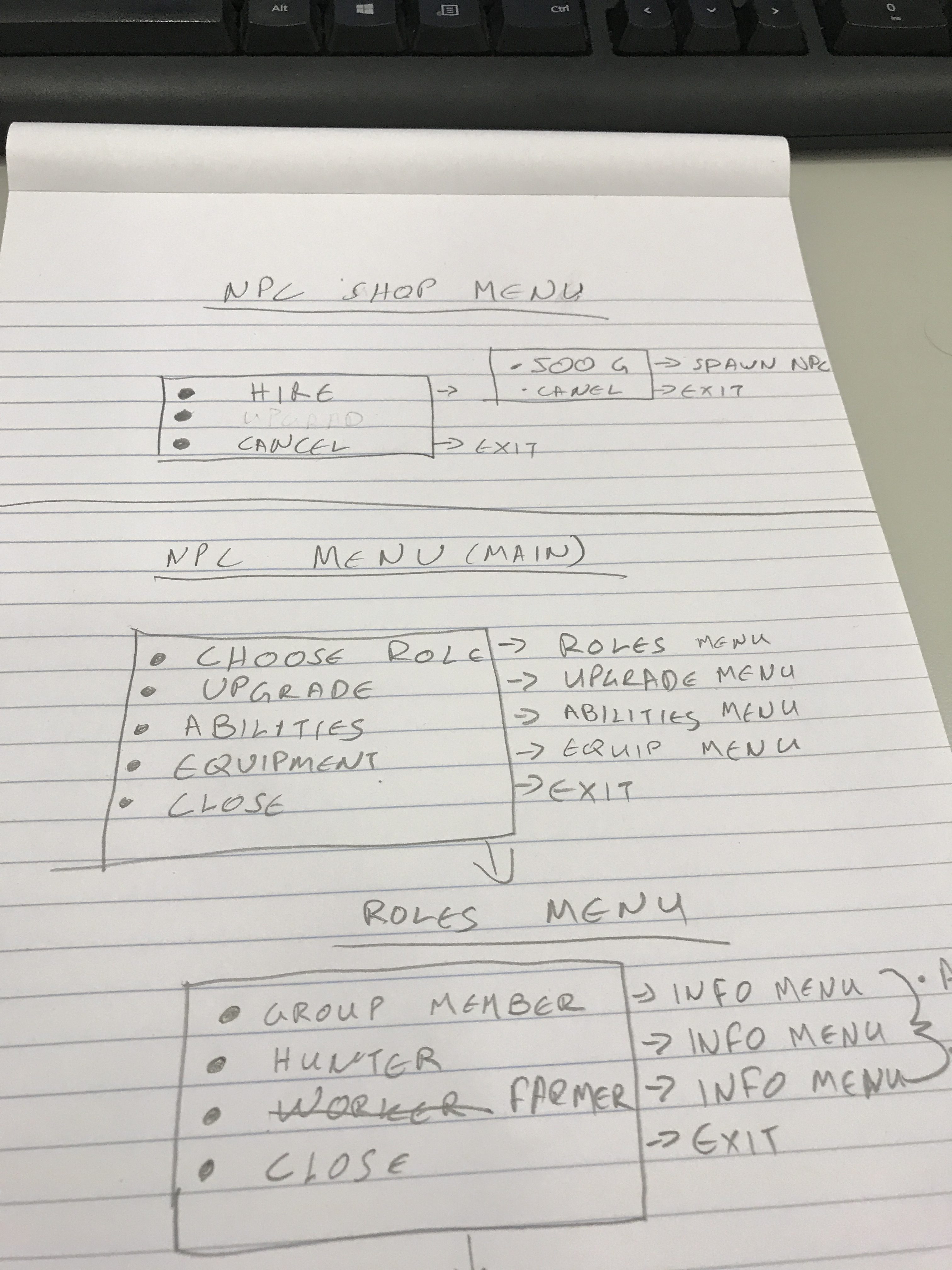 Started working on the new prototype menus of the NPCs AI, and made some decisions for how this will not be very complicated for the player, but at the same time, not another gimmick that will be boring and not be used by players.

My main goal is to make Gold have actual value in-game and having spent gold on NPCs to go farm materials for you or hunt down monsters, it's a good way to have this mechanic fun and useful. So some players would prefer to fight monsters and gather gold, then go farm wood and metal for crafting, so the use of gold dropped from monsters can be used in the Farmer NPCs which is one of the modes that your hired NPCs can be used for.

Other than that I had a chat-meeting with a guy that he said he can do some budget marketing for the game and it's interesting and I might try it, he seems to be making good-looking videos in comparison of mine. 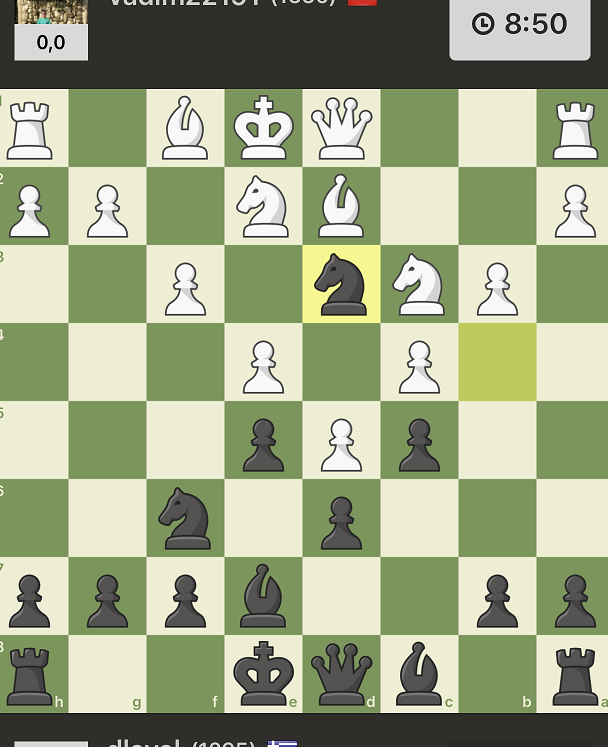 Then I had to relax, and I found a hobby that I left it like 15+ years ago, and that is Chess! It was fun playing again, and I even remembered some openings and got some wins! 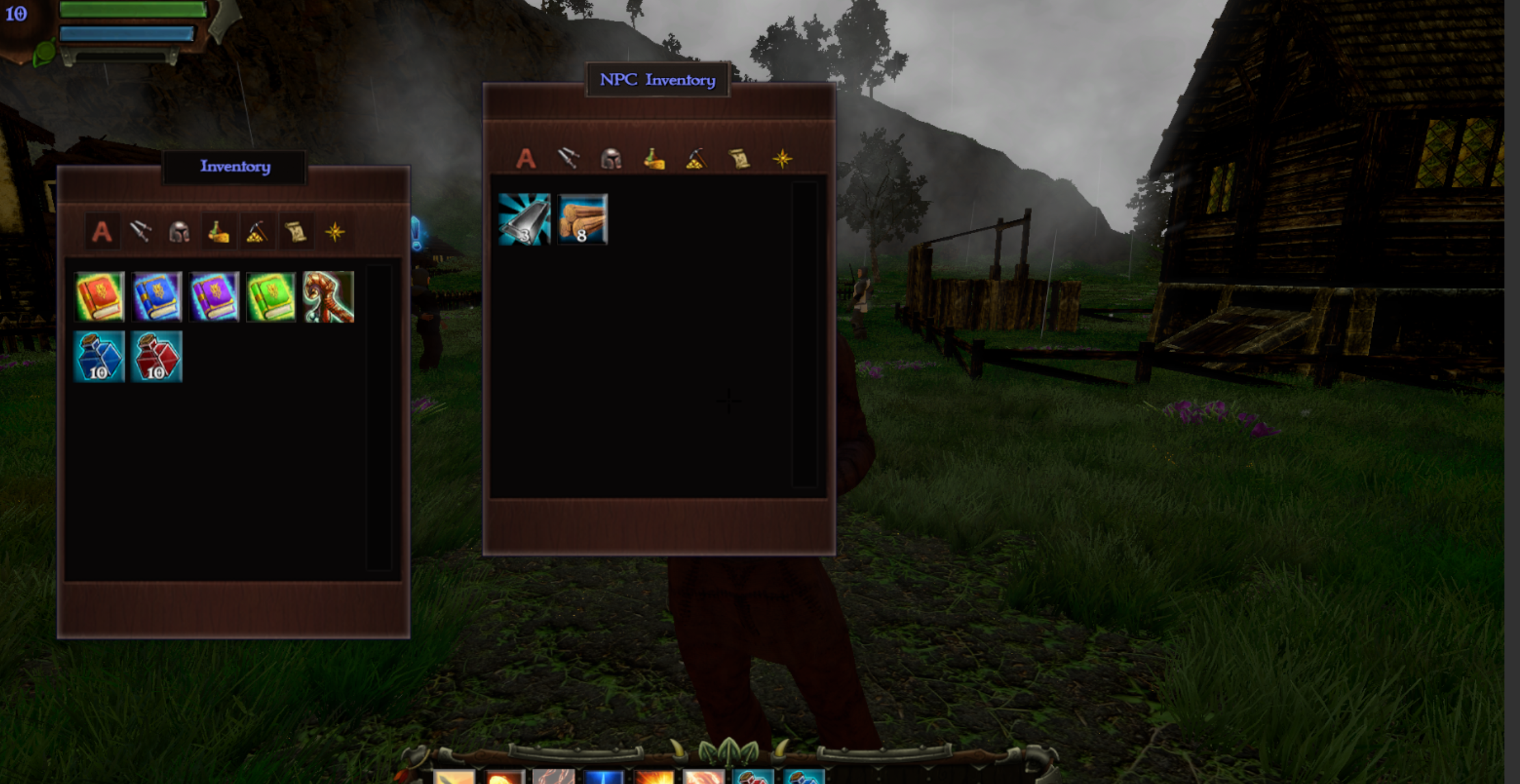 The NPC AI is getting into the game and it feels like a very good mechanic, I might be able to have it included in the first Patron Build at the start of December. All day was working in this mechanic and I had a very long session and felt really productive, the Farmers can go out there in the wild and when they are near a tree or a metal node or a plant, they stop and harvest before moving on, after that, you can speak to the NPC and browse through his inventory and get the loot, or give him some spare equipment so he is stronger for the Hunter mode.

All these working is a big step, and when I pass the prototype stage and see that the cores are working in a mechanic is a relief. Of course is a lot still to address here, as to how the NPCs will react to an enemy attack, when he gets back home to bring loot, what happens when he dies etc. I have some ideas but not decided yet, maybe I will run a poll in Patreon after I distribute the testing builds. 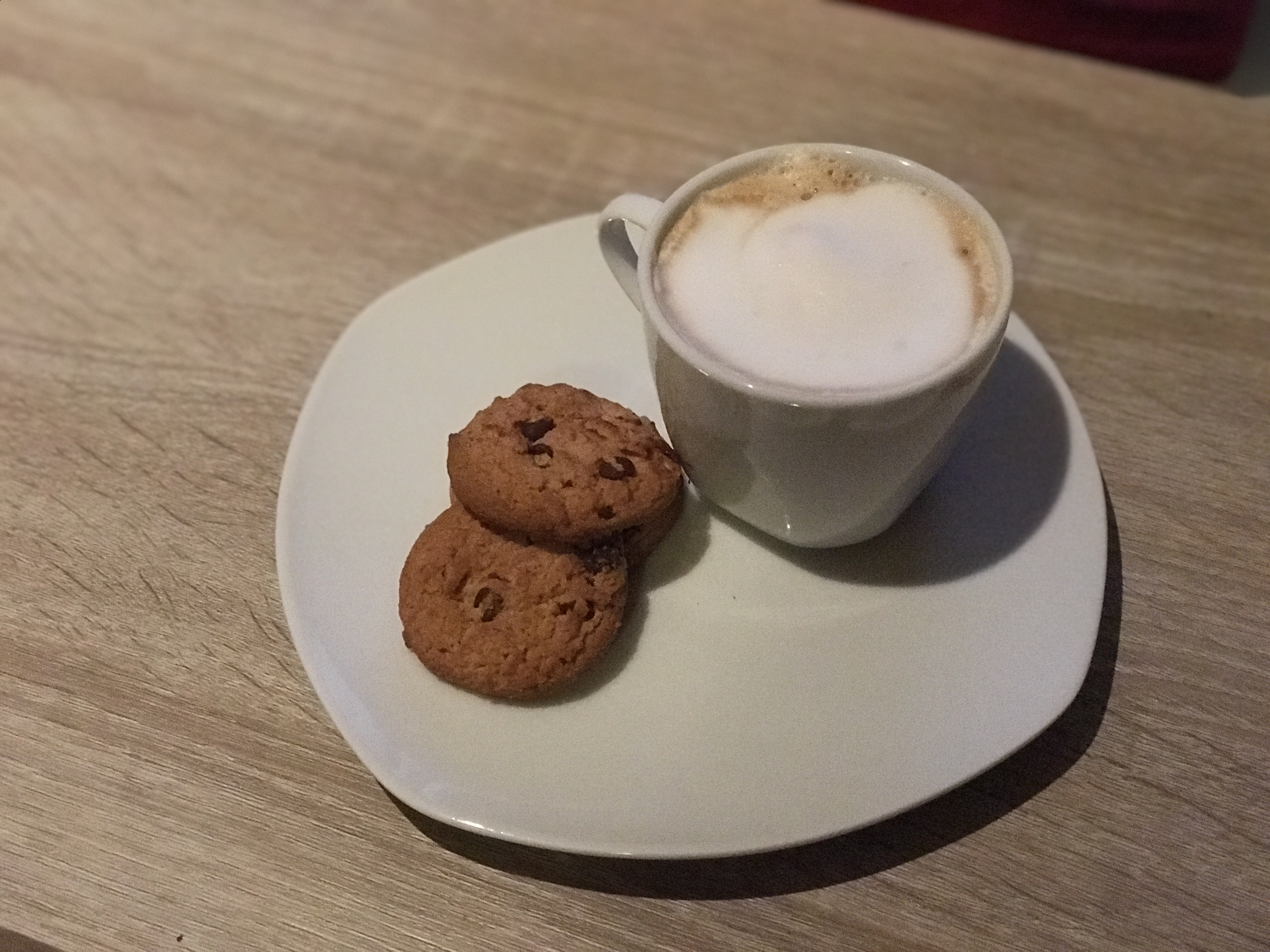 Grabbed a coffee and some cookies and started writing this 1st Blog of the Week! For the rest of the day, I will probably get on the NPCs AI to test and see if the core mechanic needs some adjustments and then call it a day and have some rest and go out or something, we'll see.