This week is HVAC ducting, more cabling, and an explanation of what we mean by 'free'.

I started off this week by continuing the deployment of the electrical system, but having completed the next section I decided to take a bit of a break and work on the HVAC (Heating, Ventilation, and Air Conditioning) ducting instead. Right now it's purely cosmetic, but in the future, this will be another active system that supplies clean air and maintains atmospheric pressure across the ship. And just like everything else, it will have health and efficiency values that impact its performance. 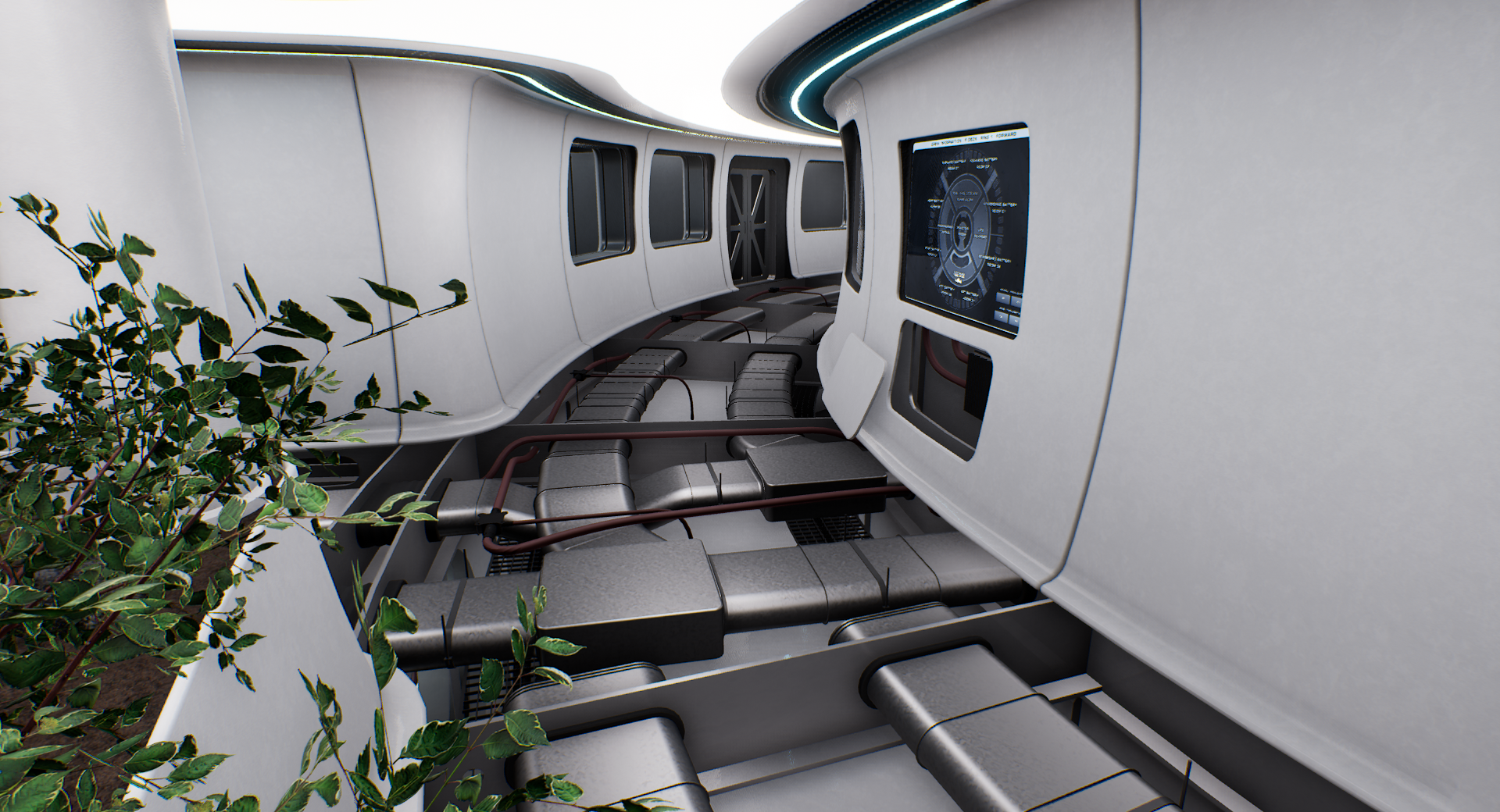 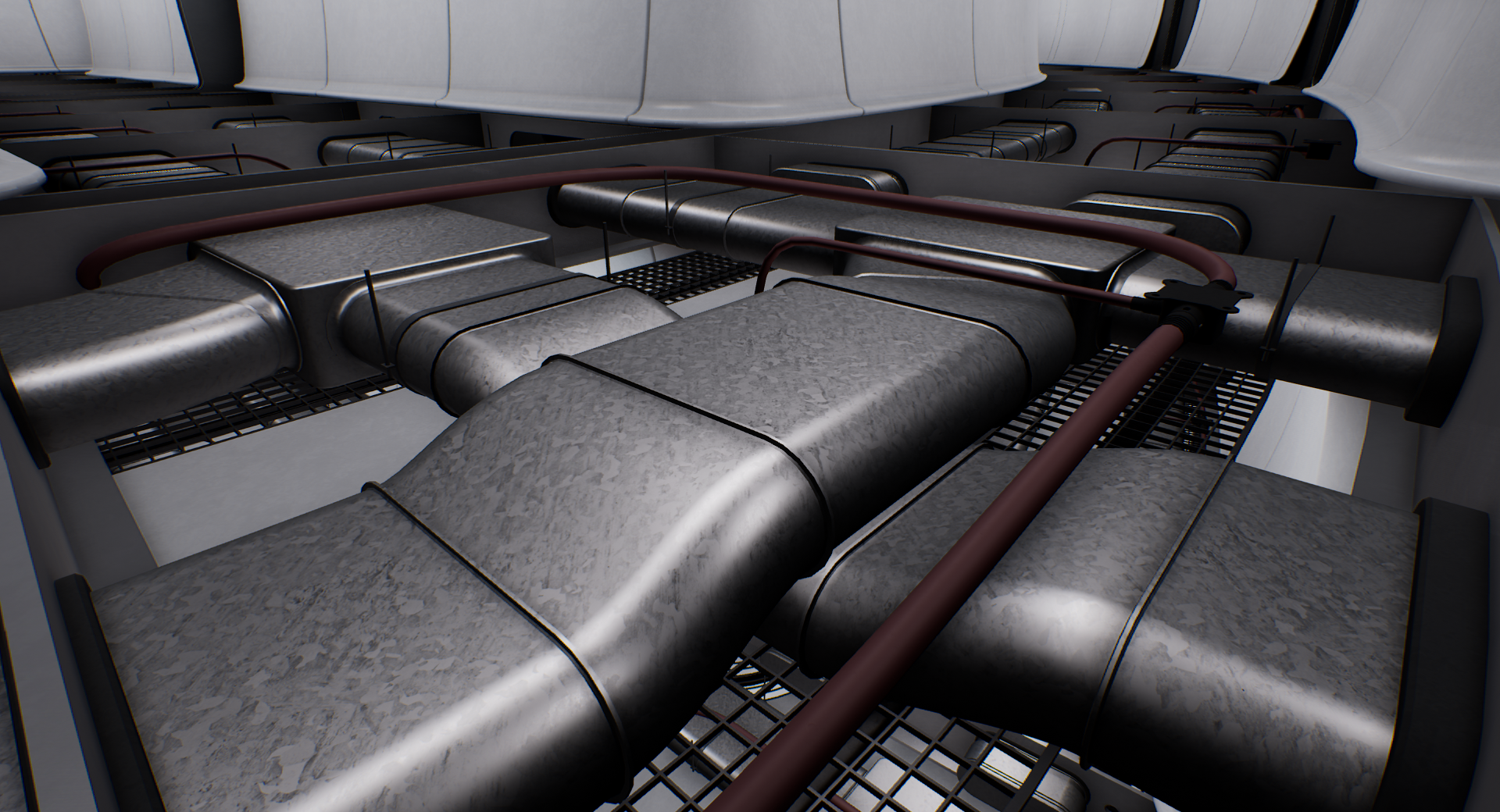 This is what 5.4km of electrical cable and 3.2km of HVAC ducting look like together! 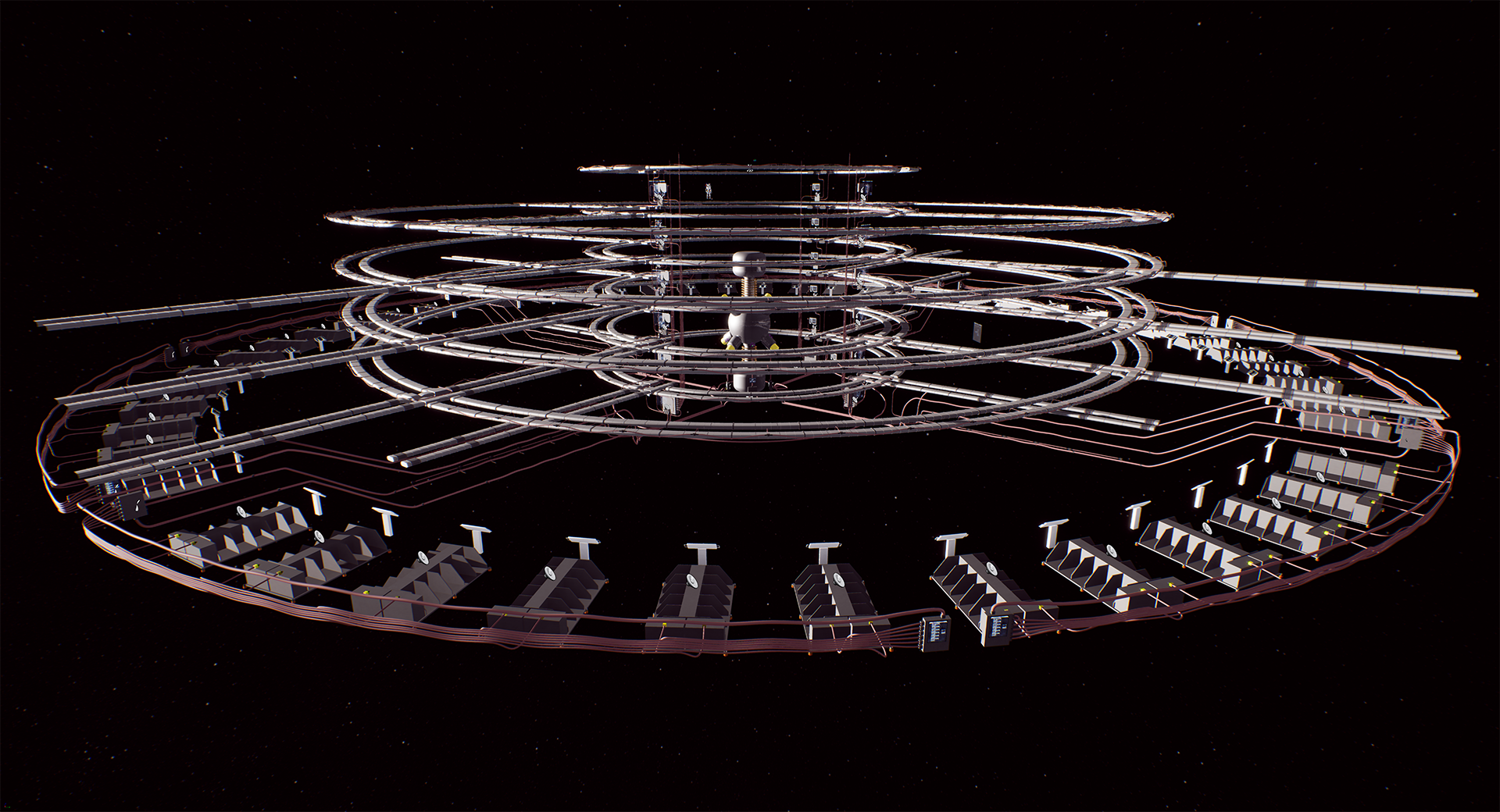 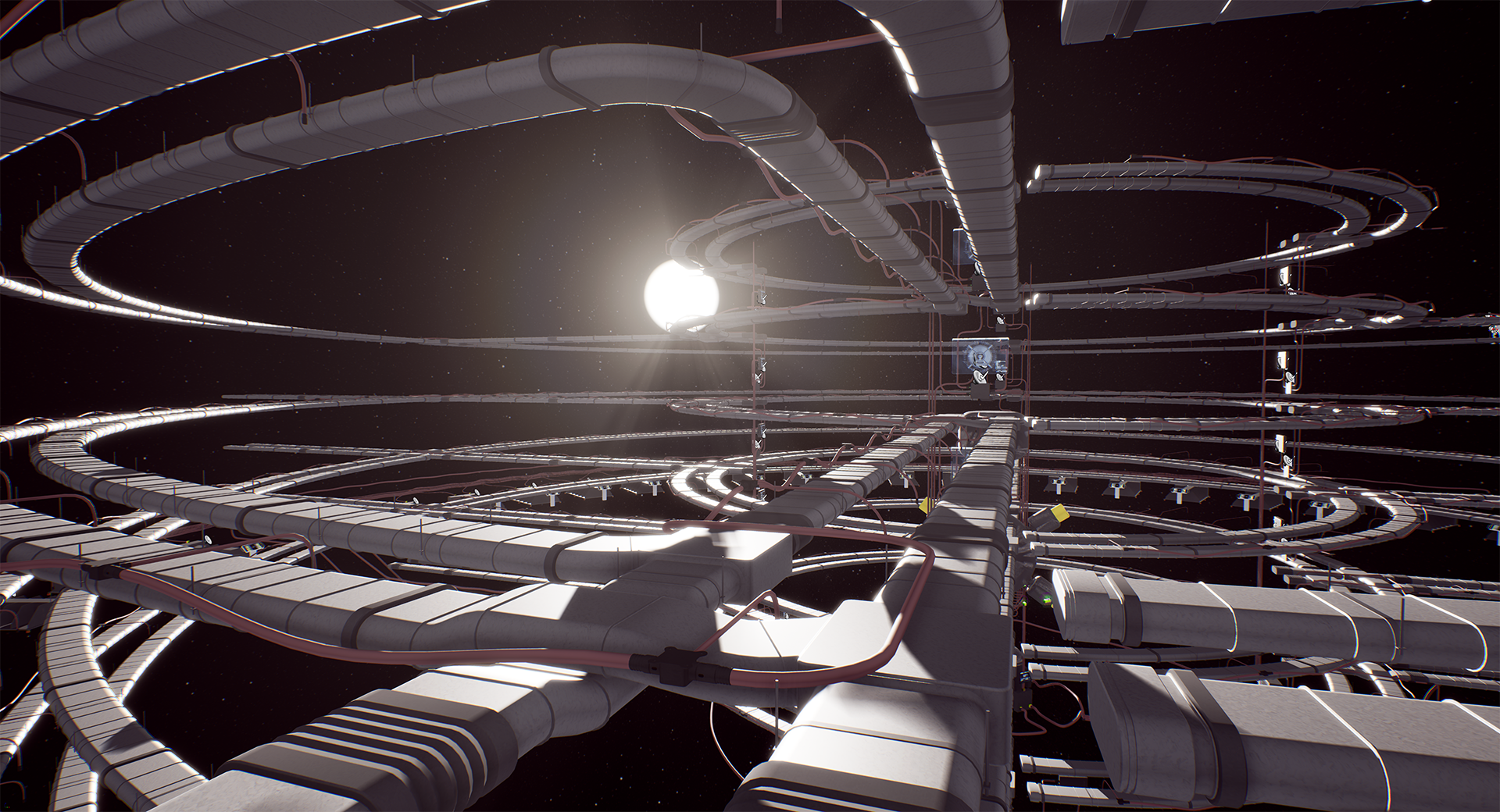 The process of laying the ducting quickly evolved into a mini project in its own right, and I ended up writing a whole system for automating much of the detail work. It essentially takes a smooth spline mesh, and then calculates the optimal placement of ribs and brackets along its length, in addition to adding things like end caps and expansion joints. I can easily override or tweak the defaults where required, and on the whole, this has grown into a really flexible tool. 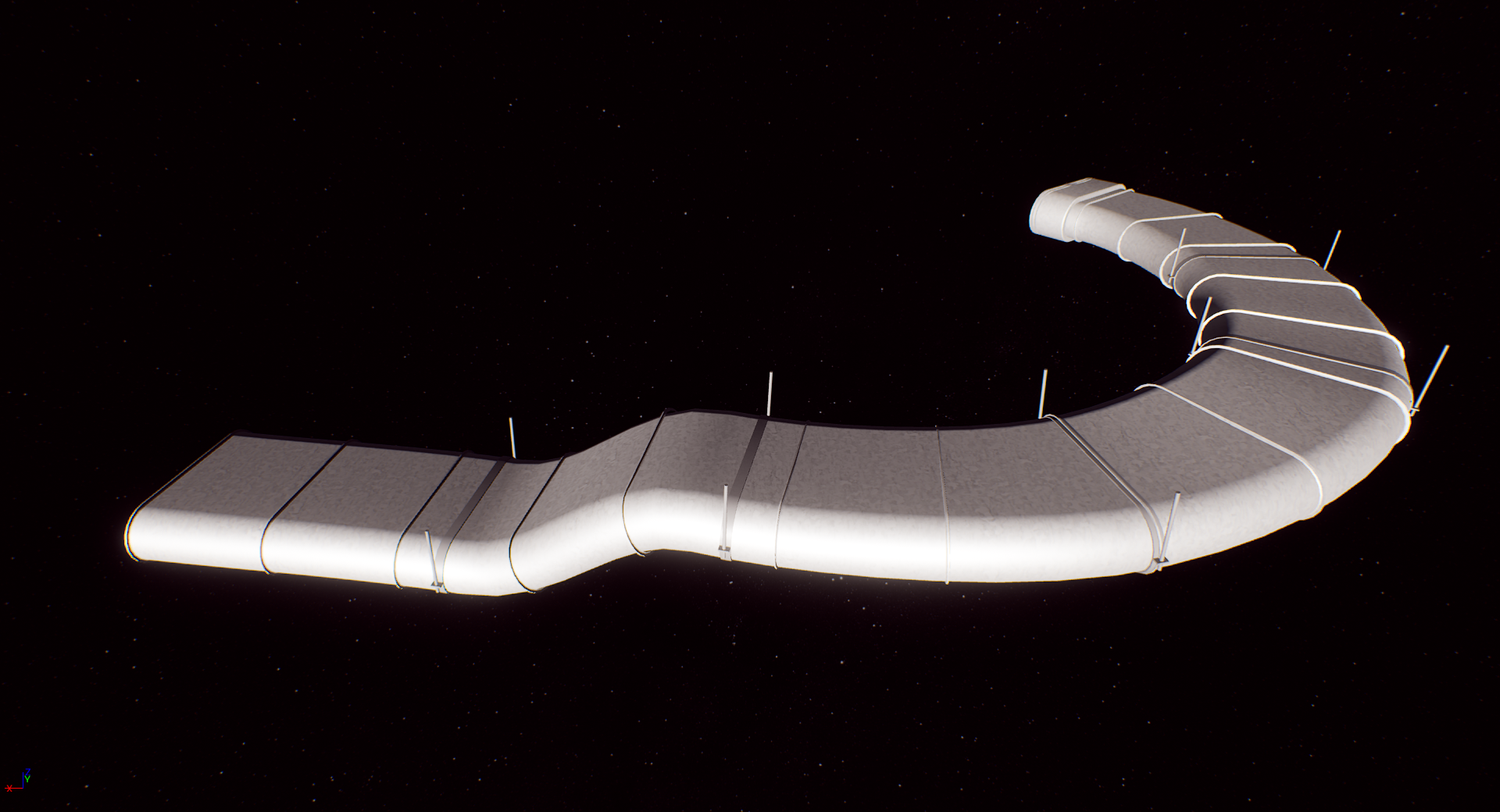 Something else I wanted to cover this week is the subject of Free to Play games, and what that means specifically for Starship Simulator. We've had a number of questions about this lately, so I'd like to clarify our position and set some player expectations.

The initial release of Starsim will indeed be entirely free, supported by our Patreon backers, and what we hope will be a successful Kickstarter campaign. We will not be implementing any kind of microtransactions, although we do plan to release more ships over time that will have a cost associated with them. Put simply, the cost of anything we charge for will be justified by the time and effort required to produce it. There will be no skin packs, loot boxes, or any other kind of premium vanity item.

The free version of Starship Simulator will include the Magellan Class ship, which you'll be able to use in single or multiplayer to explore the full procedural galaxy and all of its procedural content. It will be an open sandbox, where you are free to go anywhere and do anything you want. There will be a few bits of story here and there, but for the most part it will all be procedural.

Once the free sandbox is released, we'll be focusing development on the first of a number of planned single-player campaigns to be released as paid DLCs. These will be narrative-driven experiences, with the first telling the story of the Magellan Class and humankind's first deep space exploration mission. In addition to all of the procedural content, you'll meet a number of hand-crafted alien civilisations and discover a dangerous threat lurking in the shadows.

I hope this clarifies what "Free to Play" means for us, and we're crazy excited about getting this game in the hands of players with absolutely no barriers to entry!

Bonus picture, because I thought it was cool :P 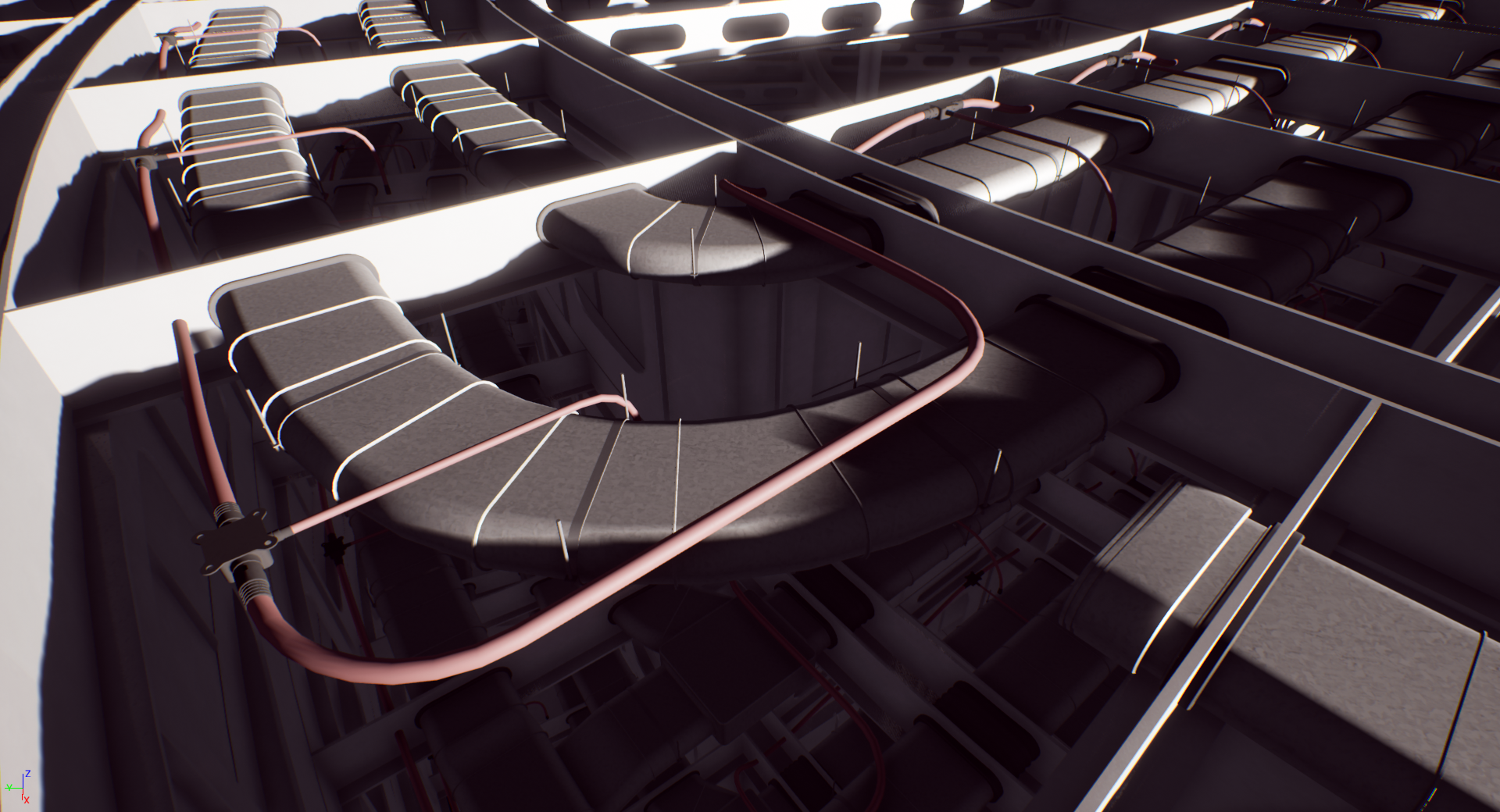