Hello everybody and welcome to our somewhat weekly news bulletin! The majority of work done since our last update has focused primarily on balance testing and bug fixing, not the kind of progress that makes for exciting and exotic pictures. Fortunately we've chipped away at a few other things that I can explain with words and images! So let's get to it...

Firstly, I'd noticed that our GDI structures looked a little inconsistent with each other, mainly in their shades of golds and browns, most likely a symptom of having multiple 3d modelers work on these structures over time. I've attempted to bring their colours closer together so that they share the same overall style, still some work to do but helps in tying everything together: 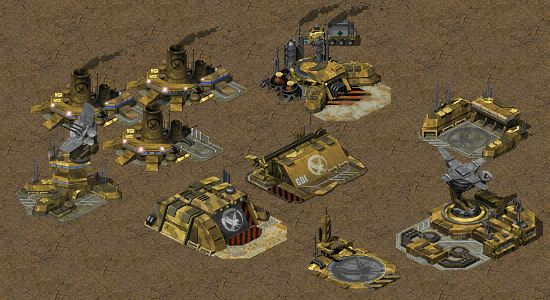 In our last bulletin we mentioned that we've got some work to do in the late game, I decided to work on something that has been severely overlooked so far in our development which is our "Commando" or "Hero" infantry units. I've been a little stuck on how to implement and balance these units whilst making them interesting and unique. This is something I'd really like to hear suggestions for so feel free to share your thoughts and ideas, for now I'll kick around how the basic current setup works: 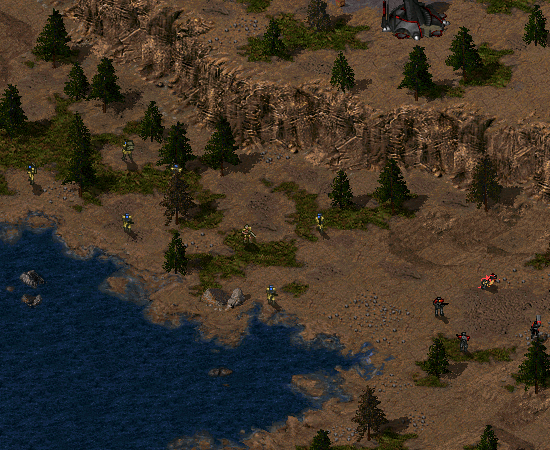 The GDI Commando is equipped with a traditional Sniper Rifle and C4 combination. This makes the Commando excellent versus infantry at range and structures at close range though direct combat with vehicles and armour should be avoided. GDI's Commando is the quickest in the game and can outrun nearly all other infantry types. 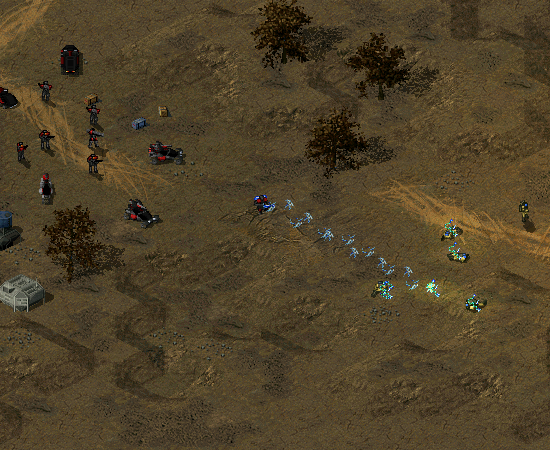 The Elite Cadre is the Brotherhoods top tier infantry. Equipped with electronic weaponry derived from the Hydra, the Cadre can deliver an electrifying punch to infantry and vehicles alike with the electrical discharge capable of arcing to anything nearby unfortunate enough to be within range. The Cadre also has relatively high HP and can withstand his fair share of skirmishes, unfortunately however, the heavy equipment required for the weaponry leaves the Cadre as the slowest commando style unit. 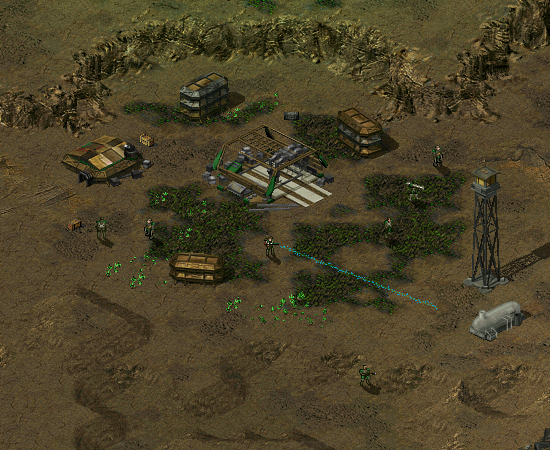 The Mutant Warrior is effectively the original TS "Ghost Stalker" with C4 ability removed, now being used as The Forgotten's toughest infantry type. His portable railgun is effective against practically all armor types, making him a good all rounder but his true strength lies in his ability to heal in Tiberium fields combined with the ability to heal to half HP in any other environment. The Mutant Warrior is available upon capturing a Mutant Headquarters which can be found in certain map types. 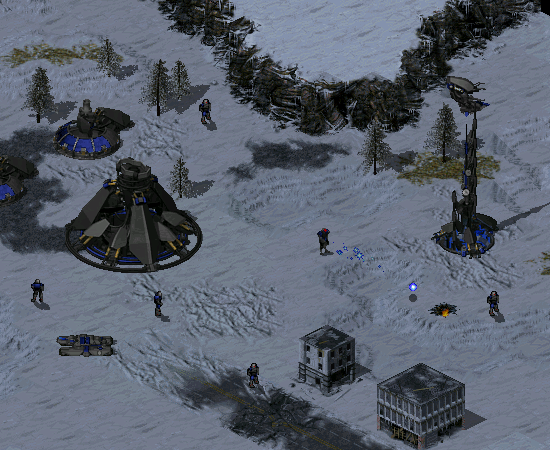 The Cyborg Commando remains virtually identical to its Tiberian Sun counterpart. Unlike the other Commando units, the Cyborg Commando is lightly armored meaning small arms fire are practically useless against it. It wields a powerful energy cannon which fares well against most armor types but is a little slow firing. The Cyborg Commando can be acquired by capturing a CABAL Core which can be found in certain map types.

Orac has also started work on finalizing GDI's largest and most powerful battleship the "Poseidon". When deployed the Poseidon turns into a floating platform capable of launching a powerful long range missile and utilizing sensors to detect enemy cloaked or submerged units. Here's a WIP of how it looks so far: 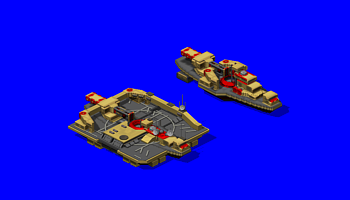 As usual we've also been working on our multiplayer maps which we'll focus more on in the next update, but here are a few snippets of a WIP map I'm currently working on. It's a very large map setting players up initially on their own islands but expansion to other islands and nearby coasts is essential for survival. Naval combat will play a big role here too, its current setup is to work as a 2v2 map but that may change over time. 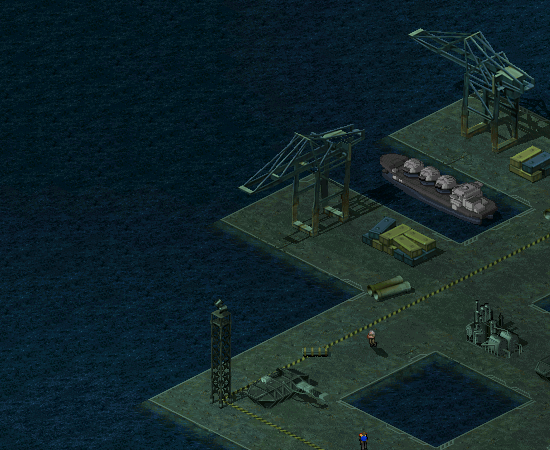 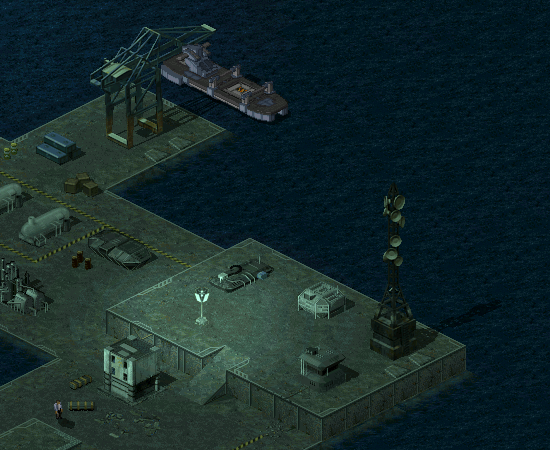 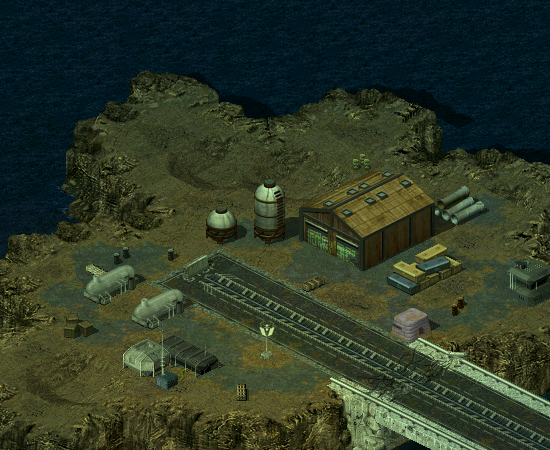 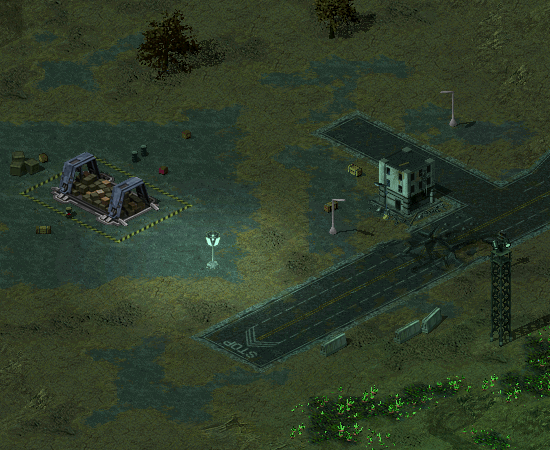 That's all for now, as said before we'd like to hear suggestions and thoughts on how our higher tier infantry should be implemented, do we want buildlimits? Maybe GDI's Commando should call in an airstrike or portable Ion Cannon? Looking forward to ideas!

And that's what we did this week!

I think the current commandos are good, you got both TS ones (even though GS lost C4, I think that an upgrade though), the original Havoc Commando from TD on GDI and a new Elite Cadre for Nod.

I like the fact that GDI structures look tough! I wouldn't be afraid of having commando units vulnerable or highly specialised, they're meant to be micro managed.
Also are the docked ships capturable like structures? To make ferries etc
The Elite Cadre sounds like a assault unit rather than special forces (which I like), it fits it role quite well - but do Nod have a fast moving sniper for their own commando missions?

What about stealth infantry like the Black Hand operatives in Renegade?
Like an upgraded version of the basic infantry, but stealth (until it fires) and with a laser rifle that does more damage vs vehicles. Im proposing a normal, T3, non-hero infantry unit, just for the campaign in case it wasnt necessary for Skirmish or OP.

i really like the way you desinged the commandos, i have a question about the Elite Cadre if he shot with high voltage (lightnings) will he disable vehicels like make them unable to move this would be a cool aspekt in my opinon but a bit hard to balance i guess.

An early version of this electric Cadre concept did have it EMPing vehicles. Unfortunately, the AI ignores units after they're EMP'd so they sit there for the duration of the game being useless and taking up space. The standard EMP cannons are usually used in conjunction with combat so EMP'd units don't stick around for too long (they're busy being blown up). The cadre was EMPing so many units though that it was liable to clog up the map entirely and led to boring slow games and brain-dead looking AI.

thanks for the quick answer :)
then we better go with the no emping way dont want to fight on a junkjard full with braindead tanks :3

I don't know too much about how the TS engine works, but on the idea of an emp/debuff , could the weapon slow down enemy vehicles hit by it, similar to the limpet mine's effect from firestorm? Like I said, I don't really understand the mechanics behind this, but if it could be implemented as a temporary effect to enemy vehicles, that would be pretty cool.

i like the ones you have, but how about infantry that can swim? (like the navy seal in RA2)
how about a cloaking unit (like the chameleon spy). only has C4 once uncloaked takes a short while to re-cloak.
deploy-able heavy gun units? (like the GI in RA2)
can you alter the jump-jet soldiers to a jump ability to get up cliffs?

Swimming is a logic added to RA2, and is thus not available to us in the TS engine. The same goes for deployable infantry.

At the moment I think Nod has more infantry than it really knows what to do with (What is the flame infantry actually for?), so adding a chameleon spy is probably a poor move.

Jumpjets can already get up cliffs (and across water, and can fly all over the gaff).

so the amphibious APC ability is vehicles only?
as for the jumpjet thing, i was thinking it was more of a limit on the said infantry to make it only jump (like the zone trooper in C&C3) so it wasnt technically an air infantry

I actually prefer the flying infantry. Lots of games have Space Marine Raptor like jumpjets, TS's flying Jumpjet Trooper was much more unique.

Those buildings look really futuristic, i love the concept.
Keep that good work.

I love that GDI Con Yard.