So after a week or two of online play-testing I've come back feeling pretty happy with the results! Whilst we were mainly testing for stability we've managed to squeeze in a few fun matches that have really helped us shape up the direction we're wanting to take the game. This week I decided to get on top of a semi finished feature of Odyssey, Capturable Tech, which we believe will add some much needed diversity and depth to the multiplayer experience. Capturable Tech is simply a set of objects, whether it be through units or structures that exist on a level that a player can capture to provide them with some sort of bonus or advantage. We've already shown examples of this such as the; Construction Node, Hospital, Power Station, Supply Depots and Armory, but there's much more we have in store!

I'd like to start with the Mutant H.Q and Fabricator Plant which will allow construction / training of a selection of "Forgotten" technology. To ensure that this Capturable Tech has a use for each player GDI and Nod will receive different bonuses designed to fill in the weak gaps both factions have. (Note, Mutant Fabricator Plant is still in WIP stages).

Mutant Warrior (WIP name): Carrying a portable railgun the Mutant Warrior serves as a hard hitting soldier for GDI with the ability to heal in Tiberium. 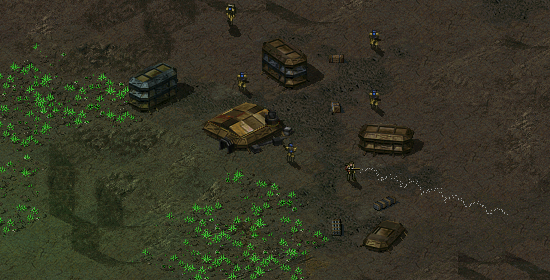 "Revenant" Tank: Provides GDI with a cheap and more mobile battle tank, whilst they can outrun the Ares mech and deliver a nice punch they do suffer from a poorer build quality. 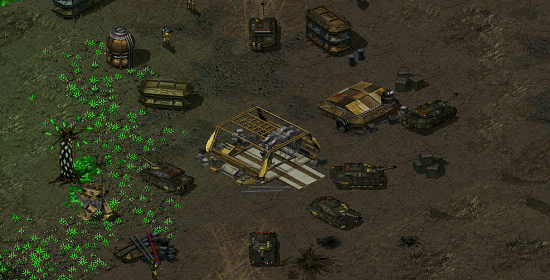 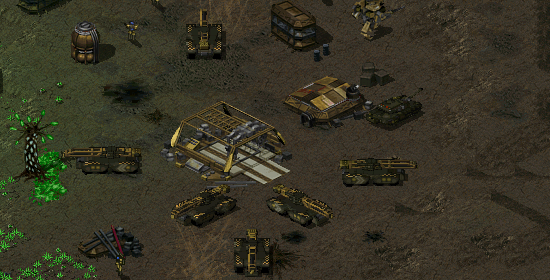 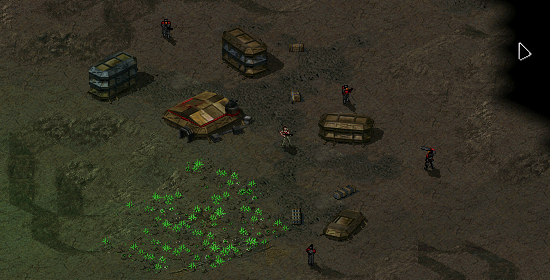 "Skybow" A.A: The Skybow gives the Brotherhood a useful boost in anti aircraft power against the might of the GDI airforce. Its multiple flak cannons come from an older era of war but allow for a cheap and still powerful A.A presence. 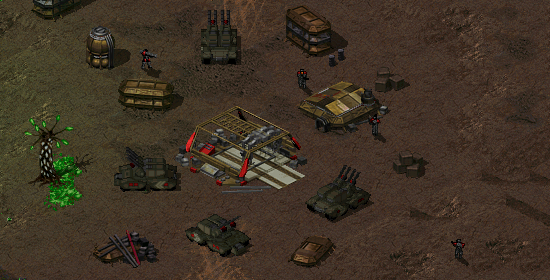 "Draug" Heavy Tank: Provides Nod with a much needed boost in heavy armour, an outdated copycat design of the older Mammoth Tank. 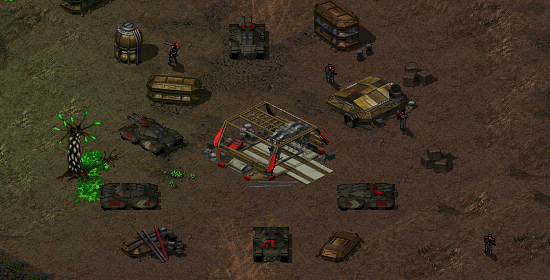 Also, let's not forget CABAL who still plays a vital role in Odyssey. Capturing a CABAL Core or a CABAL Relay Tower will provide you with some cybernetic themed bonuses, like the Mutant Tech the upgrades here are unique between GDI and Nod.

Cyborg: Available to both GDI and Nod upon capture of a CABAL Core they remain mostly the same as their Tiberian Sun counterparts. They're equipped with a machine gun and light armour. 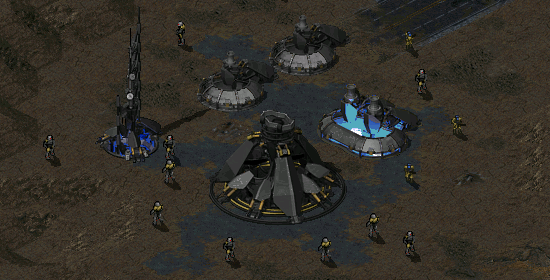 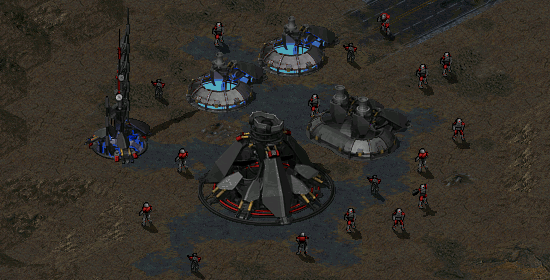 Cyborg Tank: A lightweight and mobile tank equipped with a light proton cannon provides GDI with a much more agile ground asset. It's relatively weak for GDI use but has an inbuilt self repair system capable of bringing systems back to 50% health. 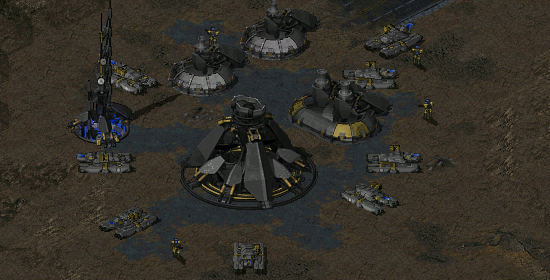 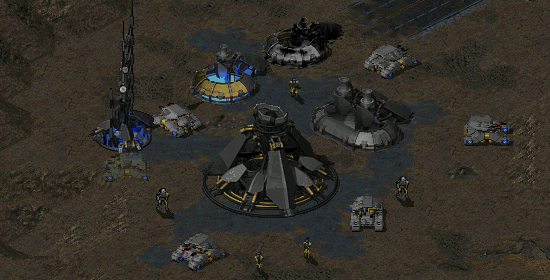 Shredder: A hovering machine gun platform capable of mowing down soldiers and grazing light armour becomes available to Nod allowing them to utilize a hover chassis. 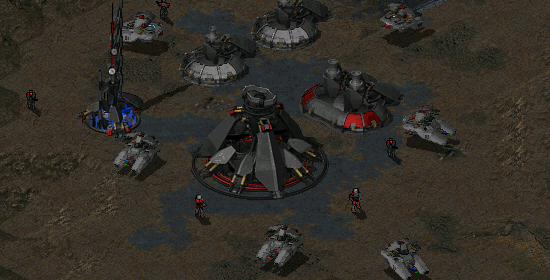 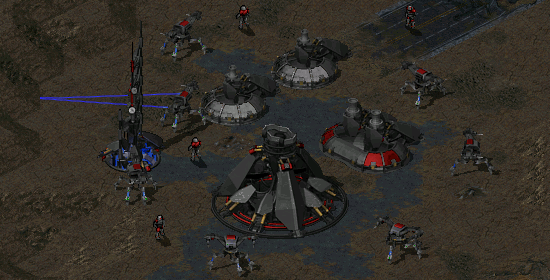 It goes without saying that many of these ideas will require more fine tuning and balancing, perhaps even removal over time. The overall goal of the Capturable Tech is to give GDI / Nod something worth going to the effort of obtaining whilst being different in theme and style from the standard units provided. With this we can allow logical technology crossovers providing GDI with lighter more responsive firepower and stealth technology or giving Nod an armour boost along with access to hover technology.

And that's what we did this week!

Tech stuff has got to be one of my most favorite things, being able to use unique technology, the feeling is just awesome. And it seems TO will be getting a pretty impressive collection. Good stuff guys.

This stuff is amazing guys, Why havent you done something like this sooner? Weekly updates I mean, seeing the progress here is really building the hype up. Certainly the best looking TS mod out of all the current ones up.

We just didn't think of it, mostly.

That and now things are tidy enough that we can do weekly updates without things looking too scruffy.

Enough, enough! Please! You want to kill me a heart attack! By releasing a beta version fovor as soon as possible! Please! Tiberian Sun is one of my favorite games from my childhood.

Does the Forgotton Carry all and that MRLS or the APC come into play at any point? Or are the units you get determined by the map you are on?

It's a cool concept, actually. I like it a lot.

I remember a special projects division of GDI and the Black Hand having capturables as well.

There are enough tech units to give some variance between maps. We'll definitely tailor what's available to give the most sensible bonuses in the specific environment (No need for naval units on a map which is all land, not much need for air units on a map with frequent ion storms, etc).

I remember the Forgotten Carry all existed as a tech unit in order to give the Brotherhood some air mobility. Is this still the case or is the Nod Carry all limited to the campaign?

Either way, I really like the update as it not only makes it so that each side can be played in a different way with unique units, but it also shows off the roster of units to the Forgotten / CABAL if there were ever missions featuring them in the campaign, it would be a refreshing change to have an extra side to fight, or a mission dedicated towards fighting one of them.

Carryall is still in. It's not built at the Fabricator or Forgotten HQ so it didn't get a slot in this bulletin.

There's also a Nod Carryall which may have made it into a few public screenshots, it's a Black Hand unit and is mostly a campaign asset (though it was used in our most recent attempt at a CTF mode).

Isn't there like a helipad tech structure or something? I'm not really comfortable with Nod getting a carryall outside of tech structures / campaign for obvious reasons.

The Forgotten one seems like the best choice. I'm aware of the Black Hand one, I didn't know you tried it in CTF. I'm thinking something along the lines of a specific helipad tech building for Nod that could be used for certain naval/mountainous maps.

Is there going to be an option to make tech buildings recaptureable but to make the buildings themselves destructible or indestructible?

They're recapturable by default, at the moment they're also destructible. I'd be interested in seeing how they play indestructible (or at least with extremely high hitpoints).

I'm not totally sure how the game's new launcher works, maybe an 'indestructible tech buildings' check box is feasible feature. But I don't want to promise anything because it'd be someone else's job to implement it.

Why not give the basic Cyborg a net launcher that can trap a single infantry unit?

It would make the 'borgs a bit less vanilla.