In this week's WeekendWhut, I talk briefly about the little things that help make the game world feel a bit more alive and whut I did this weekend to work towards that.

Well hello! It's only saturday, but as I intend to keep sunday gamedev free this week, I figured I'd post this right away once I was done with what ever I was working on!

One of the goals I have set myself regarding The Kid is having all these little details in the game that make its world seem that much more alive and non-generic. An example of this is what I worked on today, a feature I call "environmental animals". Or, if you were to take a look at the big pile of C# scripts in the project, "WanderingBackgroundAnimal"s.

These are animals that inhabit the world and every self respecting RPG must have in one form or another. In The Kid's case, these animals cover both domesticated and wild individuals. Not all of them are automatically mobs that you can fight for experience and loot (chickens must drop gold coins and leather armour after all, right?), but not all of them are just purely aesthetic, either. Wolves, for example, will be a mixture of both - they will function just like the other wild animals in the world, roaming around quite freely, but they will be aggressive towards the player's character.

I've had some animals in the game for a while now, but I started taking it a step further today by implementing one of the major features for them: a predator/prey system. 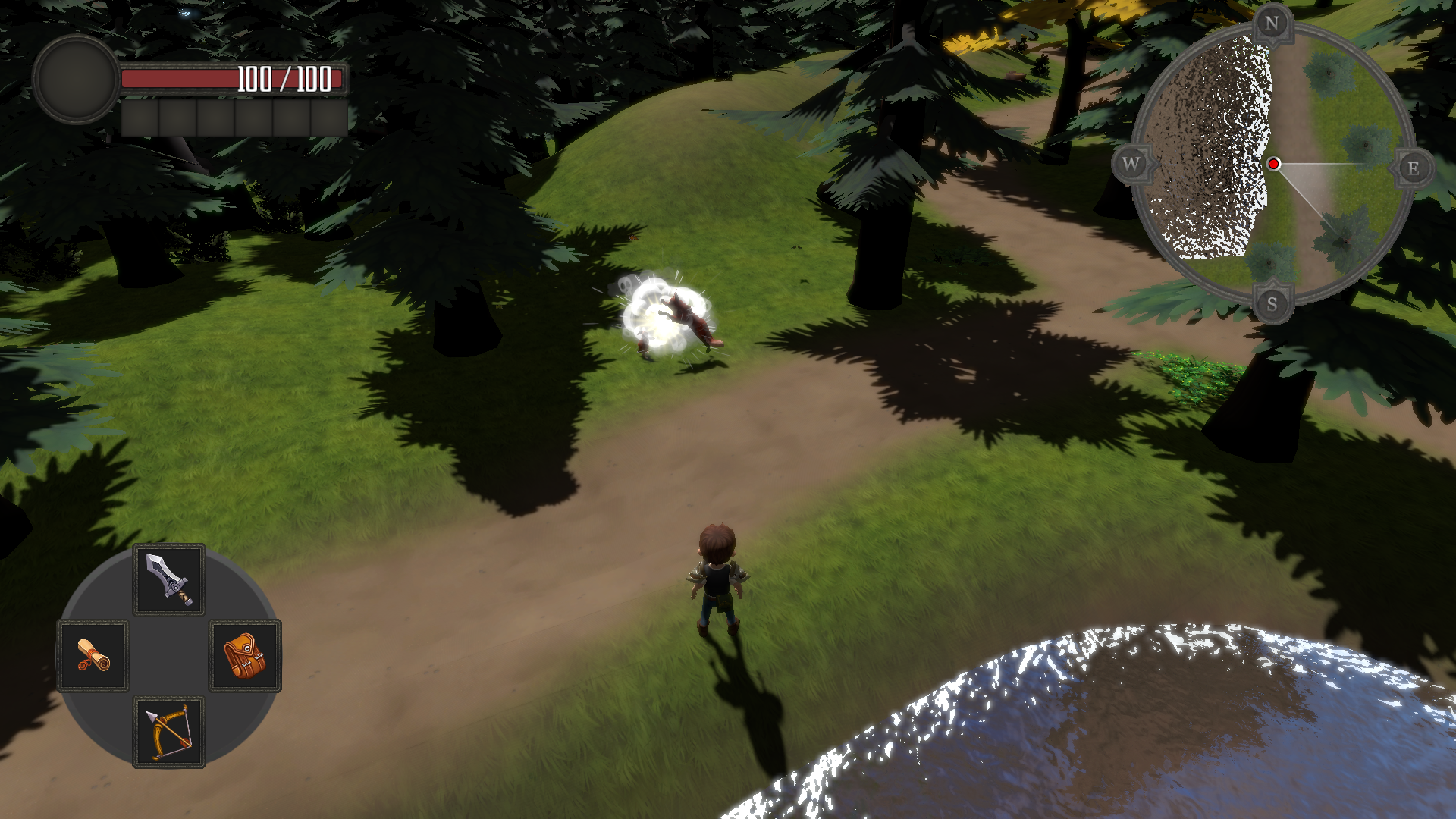 What this means is, some animals have other types of animals marked as either prey or a predator. For example, a fox is a predator to the rabbit and the rabbit in turn is prey not only to the fox but to the wolves, as well.

The wild animals roam around the world on their own. When a predator comes in close contact of their prey, it will start chasing it. As the prey realises they are being chased, they will either run away or fight back, depending on the predator/prey combination. In the Fox/rabbit case, the rabbit will run for his life.

In the first iteration, when a predator catches its prey, there is a brief fight but the outcome is fixed. I'm considering making it a "real fight" where a prey on its own might not have that big of a chance (again, depending), but if the fox for example would happen to fight several rabbits in a row, then he might actually eventually perish.

Furthermore, the predator will in the future eat its prey. Either right where the kill happened, or by carrying the prey somewhere more private to feast on it. This isn't in, just yet.

A video example of the first predator/prey functionality below.

And that's it for this week, have a nice weekend and I'll catch you all next time!