To get a head start on the next work week, we're putting in some time this weekend to cross off some of our work load. 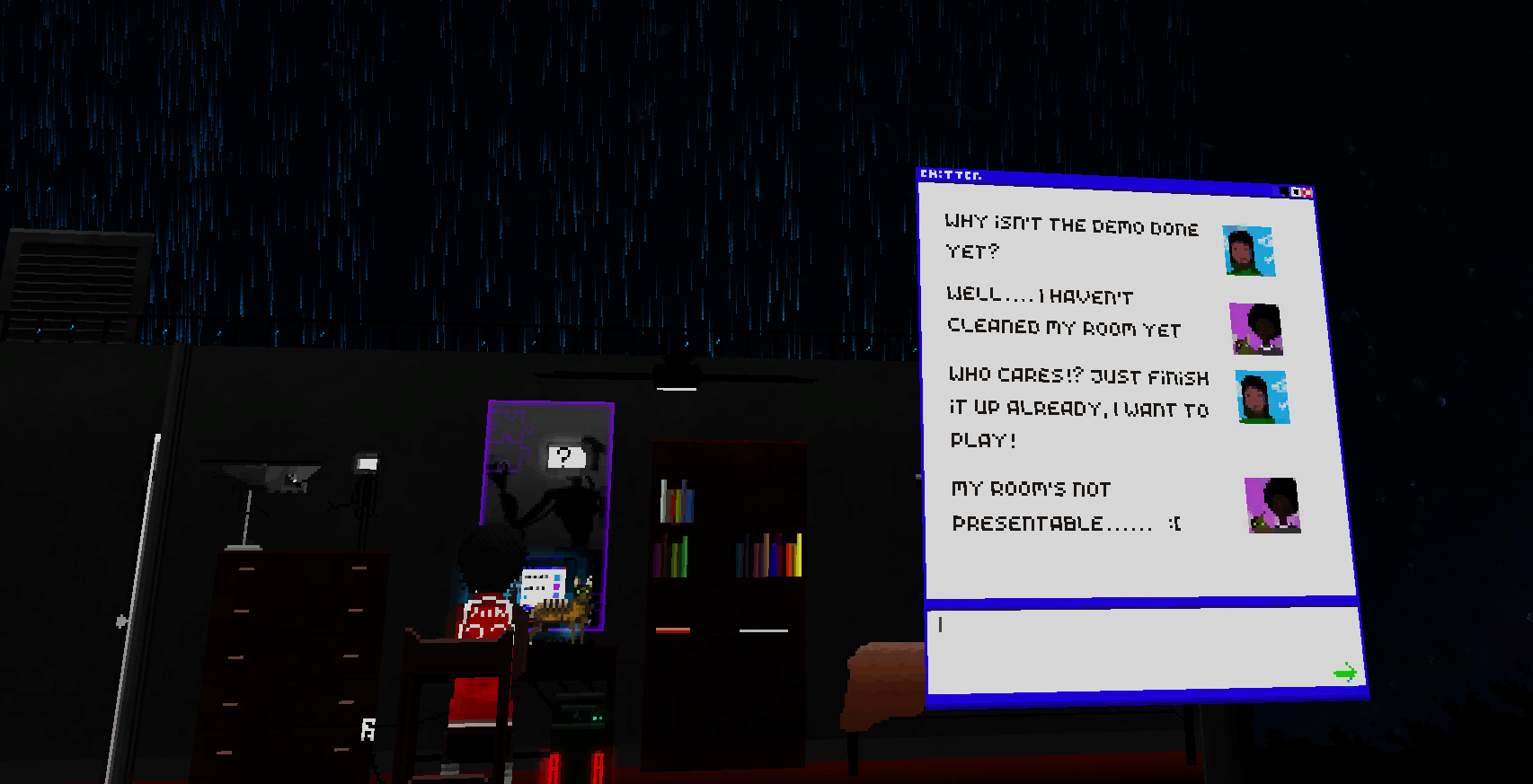 It's Screenshot Saturday, and we figured we'd take this opportunity to update you on our to-do list for the weekend before we start another long week of work! As seen in the above screen, we're working on the opening scene, where Tajai is chatting with his friend online before the fateful event that brought on the Sleepers. This is probably going to be one of the only parts of the game that aren't drowned in gloom and despair, so don't infer any misconceptions about the mood yet!

There's a lot of programming going into the system that begins with clicking play on the main menu. Here's what we've got planned to finish up by the end of sunday:

We're looking at getting the major cinematic systems completed so we can breeze through the rest of the development, dropping in those scripts where necessary. The next major battle will be completing the integration of the inventory system, clicking and examining objects, and that will finish up the Alpha demo!!!

Keep up with us on Tumblr, Twitter, or our Steam Greenlight page!!