This week, the first seven maps added to Dark Times II will be shown one-at-a-time, one per day. The final day brings not only "Fest: Imperial Base," but the two new vehicles that accompany it.

It has been a fun week, getting to show off some of the new maps Dark Times II has in store. Obviously there are more to come, but these seven are what I have completed and implemented so far. For the final day, I've got a bit of a two-for-one update.

The map being showcased today is Fest: Imperial Base. This was originally designed by bobfinkl, but it had an interesting trip from submission to implementation. Its original submission used several models that were designed well, but UV'ed to a lower level of quality than I'd like. It also had several AI pathing issues, and there were some props that I thought really needed to be present, but hadn't been modeled for the map. Because there was a lot there that I thought needed to be changed, this gave me the unique opportunity to work with a concept I liked and was readily visible (a playable map, obviously) and do a bit of a redesign on it. In the end, with the well-done concept provided by bobfinkl and a bit of retooling, we came up with a pretty nice map. Here it is: 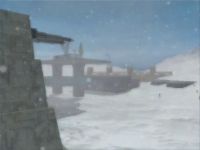 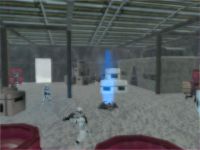 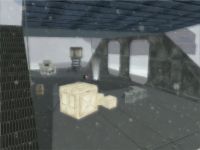 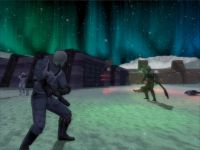 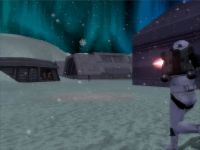 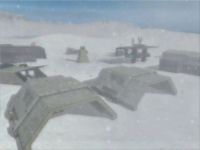 The planet Fest has been featured prominently in a couple of different Star Wars titles, most notably in my memory in the game Rogue Squadron 3D. The Fest we saw there was an icy planet, like Hoth, with an Imperial base. This level takes some generic Imperial base designs and lumps them together into what is most properly described not as a recreation of the base from that game, but rather an reinterpretation. It was a lot of fun to make, too!

The second part of the update is this: At the inception of the mod, I had a couple maps planned to be included. This was one of them - I knew I wanted a relatively open map I could use to feature some new vehicles, and Fest provided a great opportunity.

Both factions have been given a new vehicle. The Rebel Alliance gets to use the T1-B Hovertank. This was originally featured in a couple of the first Star Wars RTS games, and as such did not have a very detailed source. I took some visual cues from a still of an FMV from the game Force Commander, but I am not ashamed to say that I also took some visual cues from the models made by the First Strike team - they had a nice model that served as the impetus for me modeling one of my own. 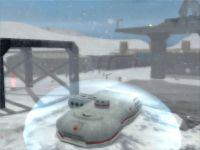 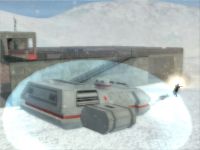 The Empire's new vehicle is of course the All-Terrain Personal Transport, known colloquially as the AT-PT. This vehicle was featured prominently in the Rogue Squadron campaign mission on this planet, and so of course I felt obliged to include it. 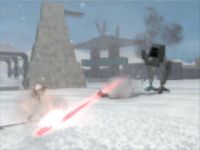 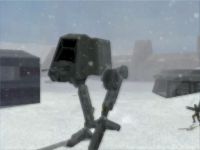 The AT-PT is just a single-person walker. It has a repeating laser cannon, which is essentially a rapid-fire anti-infantry weapon, and a concussion grenade launcher. Neither of these are exceptionally powerful by themselves, but when used in conjunction they can effectively manage large groups of infantry, aided by the walker's quickness and maneuverability.

So there you have it, that's a wrap on the week of new maps for Dark Times II. Look forward to future updates!

Thanks for the week of updates Mav, even though I have already seen most of these screenshots, the articles themselves were an insightful read.
I'm pumped for Dark Times II, I'm sure it will be even better than the Conversion Pack!