This week, the first seven maps added to Dark Times II will be shown one-at-a-time, one per day. For the sixth day, "Imdaar: Shore" is featured.

Imdaar: Shore is the sixth map available in Dark Times II. As mentioned previously, several mappers have joined on to provide maps for this mod, and this map is one of those featured maps made by someone else - in this particular case, Imdaar: Shore is made by EraOfDesann.

It is interesting to note that this map looked completely different entering the mod - it used a number of "stock" game props and unfortunately looked a bit too much like a retread of one of the stock maps. I had asked the creator if he'd be willing to simply replace most of the large buildings to exorcise the "stock" feel, and I think he did a wonderful job taking some Coruscant props and turning them into something that feels much more medieval. 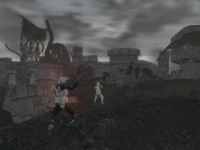 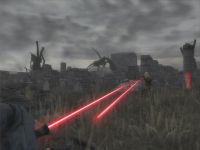 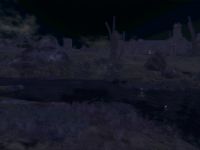 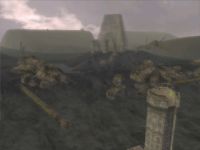 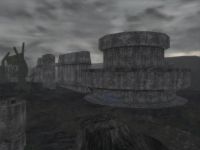 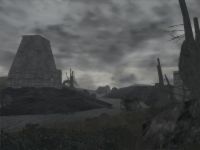 Imdaar is probably a planet not familiar to very many, I believe its only feature was in the PC on-rails shooter Rebel Assault II. It's a fairly nondescript planet, but I think this was a fun piece of work extrapolating off of a very limited source concept.