We spent a hectic holiday weekend knocking out quite a few tasks we have a lot of progress to report, mostly of visual nature but quite a few code changes were done too.

Posted by CaptainMurphyDUCK on Jul 6th, 2015 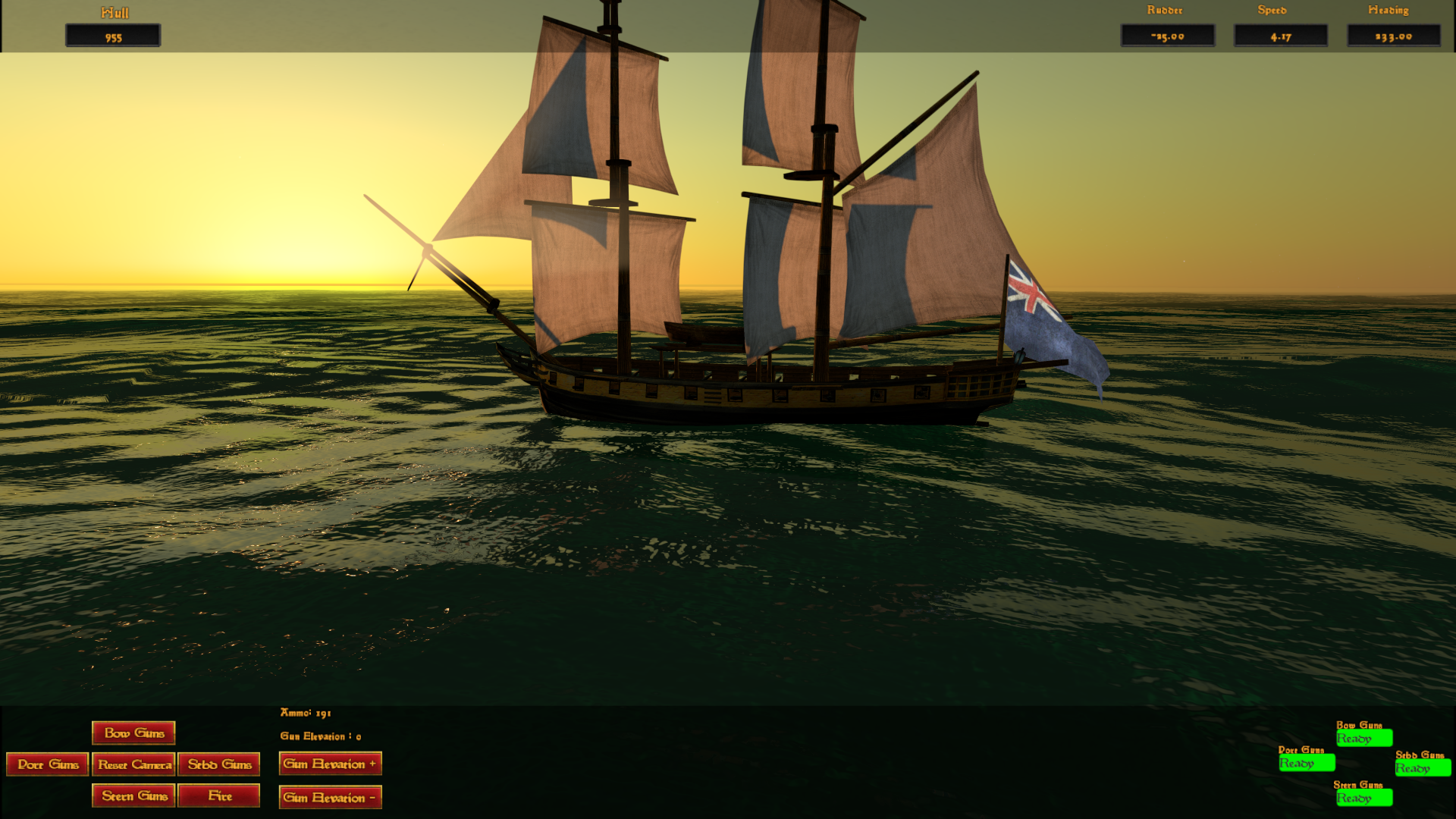 We spent a hectic holiday weekend knocking out quite a few tasks we have a lot of progress to report, mostly of visual nature but quite a few code changes were done too.

• The new LOGO is done!
• New UI skin is in place, it is a placeholder for now and will end up getting replaced later but it looks decent enough to use for the time being.
• General code cleanup was done and the project was shrunk a good amount. This should help keep the assets in a neat collection instead of scattered about.
• The water system was finally integrated into the single player game mode as well as the new Main Menu scene
• There is now a Main Menu that include having a splash screen collection. Everything is UI based to scale to screens correctly.
• Cannon particles were rewritten to be much simpler for now. It also had the added side effect of gaining us over 400fps in the game.
• Cannon fire now has independent point lights to give a great effect of the fire from the muzzle
• Enemy ships can now cause damage and light the player ship on fire
• All new particle pooler script to manage the new, lighter particles.
• Added a screenshot script to the game mode so it will be easier to capture screens in game
• Added a basic weather/sky system to allow us to change the weather, time, and the conditions during a battle

Roadmap for the rest of the week 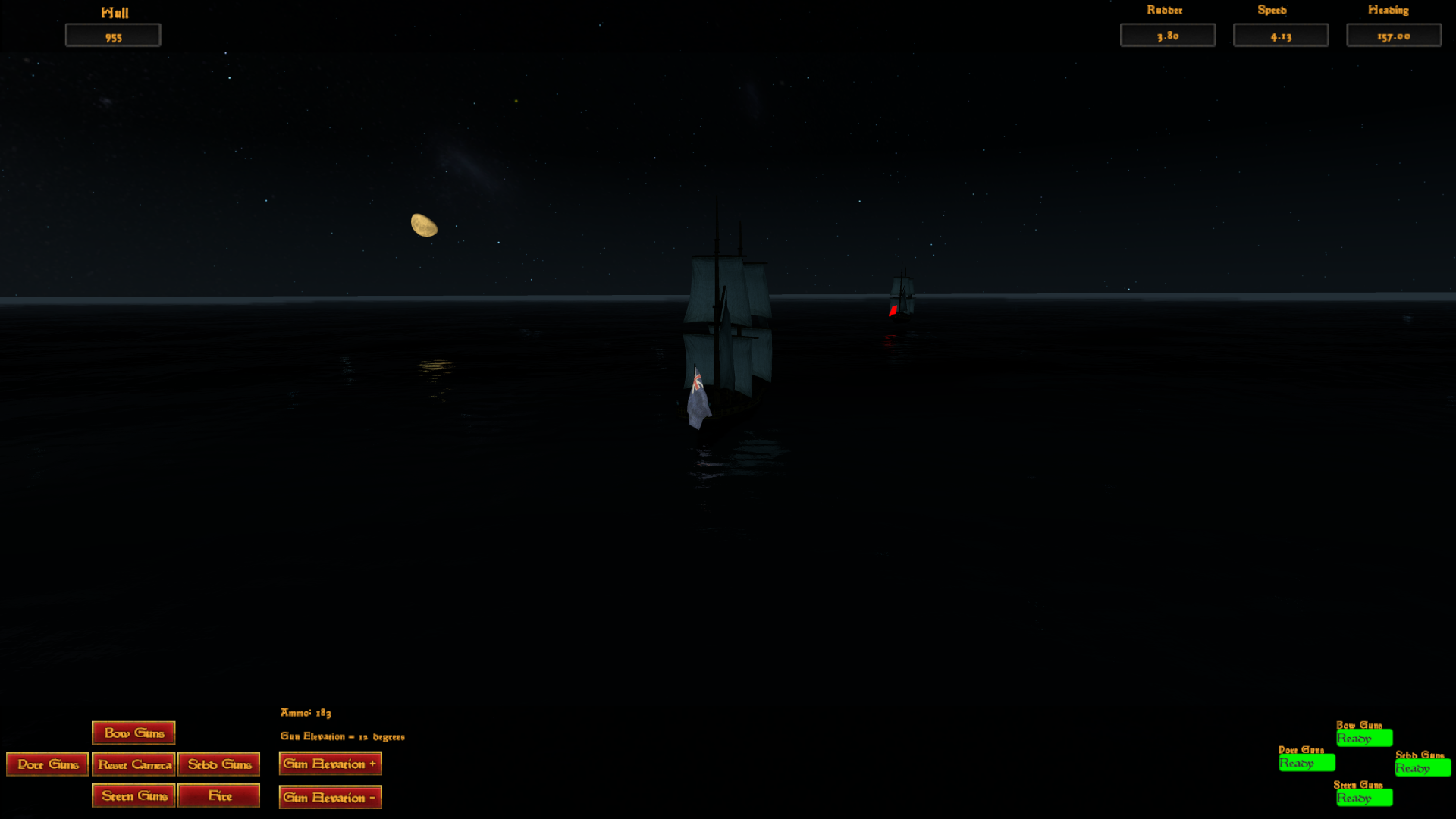 • Create new debris and cannon trail particles. Nothing too fancy but enough to replace the current placeholders.
• Get sounds syncing with ship motion
• Add in the wind falloff to the ships
• Continue to develop the simple finite logic that the current AI ship is using
• Continue to develop new artwork for the splash screens and UI
• Get the Single Player UI menu working with a few options like enemy strength, location, and skirmish type
• Build some basic weather randomizations to allow the scene to go through some weather changes over time in a battle

That should keep us rather busy for now. If you have any comments are feedback let us know here or on Twitter! @WolfPackGamesCo