Covering MORE weapons from 101 Ways To Die - this time its Proton Beams, Mirrors and Conveyor Belts.

Not many weapons left to go now. This time around we’ll be looking at Proton Beams, Mirrors and Conveyor Belts.

If you missed any of our previous weapon blogs or need a refresher you can find the previous installments at the links below: 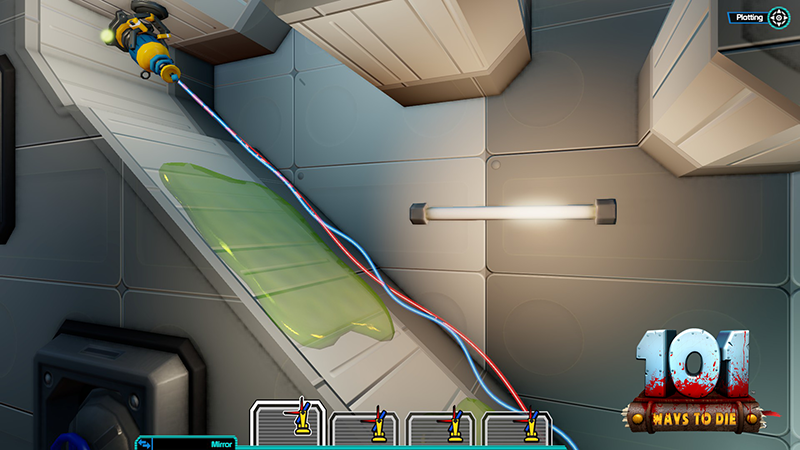 Previously known as a Laser, the Proton Beam is a highly charged stream of energy that causes Splatts to catch fire if they stand directly in the beam for too long. Proton Beams travel in straight lines and are blocked by walls, tools and other Splatts.

Proton Beams can be used in combination with Mirrors to redirect the beam around corners and to get the best angle for maximum Splatt incineration. Once on fire, Splatts can stay alive for a short amount of time, if the Splatt does not maintain contact with the Proton Beam the fire will go out on its own after a few seconds, meaning that the longer a Splatt stays in contact with the Proton Beam, the more damage will be inflicted. 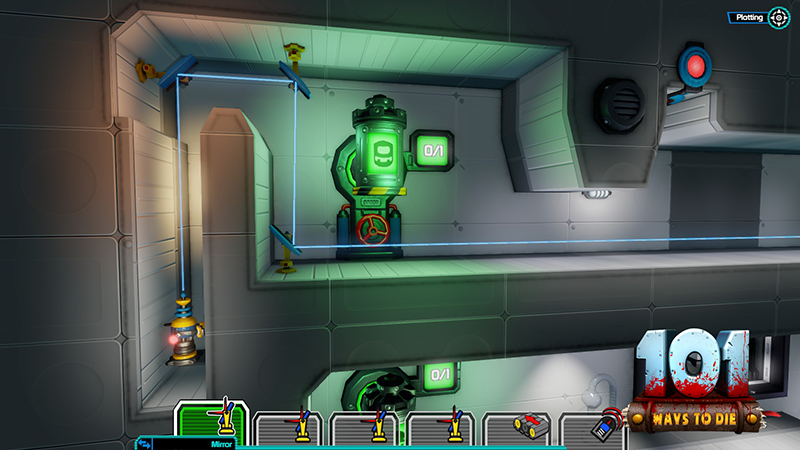 Mirrors reflect Proton Beams and can placed on floors, walls and ceilings. The angle of the Mirror can be changed to set which direction the Proton Beams will be reflected at.

Multiple Mirrors can be used in combination to redirect the Proton Beam multiple times, giving it the potential to cover a large area and ensuring that Splatts stay in contact with the Proton Beam for as long as possible. 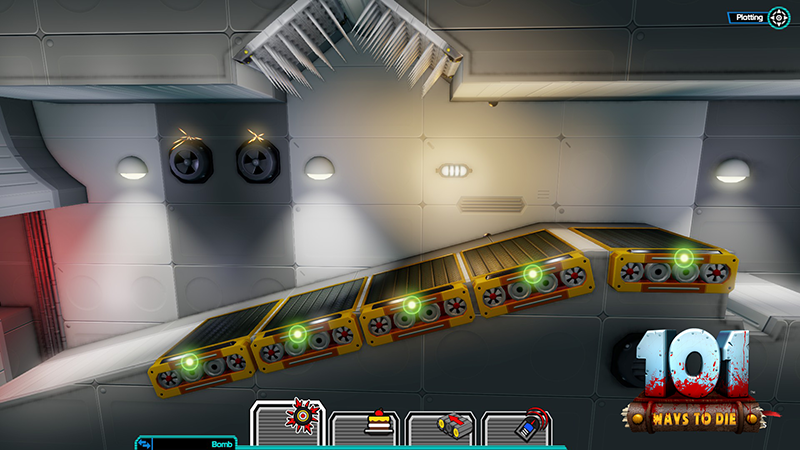 Conveyor Belts can be used to slow down or speed up the movement of Splatts, depending on which direction the belt is rotating. Conveyors can also be used to transport some weapons like Bombs and Boulders in the desired direction.

Although the Conveyors don’t directly cause any damage to the Splatts, they can be instrumental in bringing about their demise. For instance slowing a Splatt down while in contact with a Proton Beam can keep the Splatt in the beam for just that little bit longer, allowing for enough extra damage to be inflicted for the Splatt to die.

As always (and if you haven't already) if you want to see more screenshots and GIFs of these weapons in action please check out our social media pages which are regularly updated with cool new stuff.
- @101waystodie- facebook.com/101waystodie