This time we're putting the Harpoon, Stun Bomb and Cake under the microscope, and explaining in detail what each can be used for in 101 Ways To Die.

Posted by FourDoorLemon on Apr 7th, 2015

It’s time for the next installment of our weapons rundown. This time we’re looking at the Harpoon, Cake and Stun Bomb. Before we get started here’s a recap of which weapons and tools we’ve covered previously:

We’ve also had some name changes, so for those of us who have read our previous Weapons blogs, Fodder are now called Franken-splatts (or Splatts for short) and there are three classes of Splatt - read our ‘Meet the Splatts!’ blog for more details on the new names. 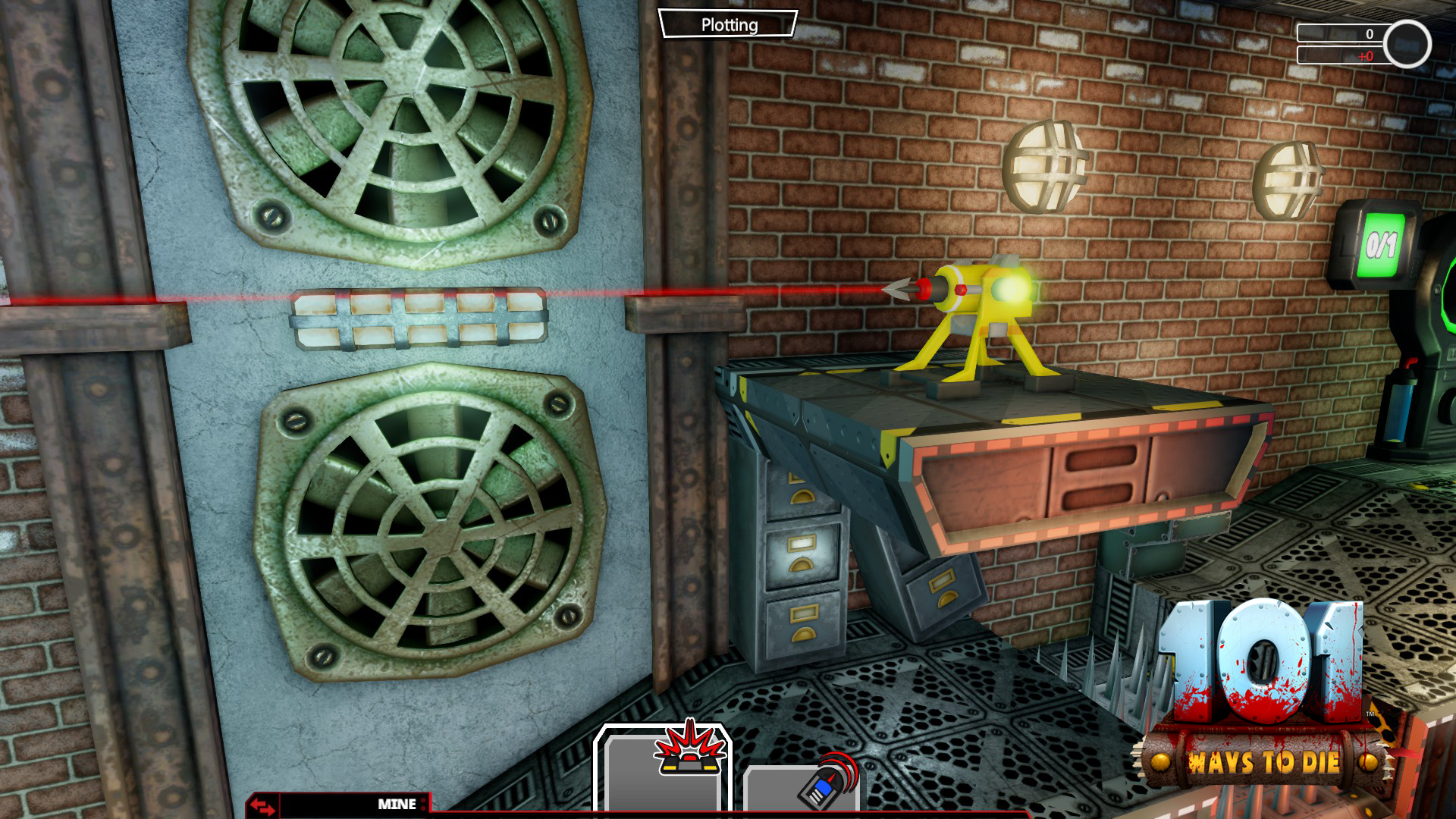 The Harpoon features both manual and automatic fire options, the automatic firing will be triggered if a Splatt passes through the red sensor area in front of the Harpoon. As the Harpoon is a very powerful tool, there is a 5 second reload time before the Harpoon can be fired again, which will prevent players from killing all Splatts using just a Harpoon. The force of being hit by a Harpoon bolt will throw a Splatt across a room towards any dangerous tools you might have placed there, which we think is far more fun than just using a Harpoon by itself to kill everything.

Early on in the development of the game Harpoons dealt 100% damage, resulting in an instant kill. This meant that some combos such as skewering a Splatt with a Harpoon bolt that would fling them into a mine would not work, as the Splatt would be dead before they hit the Mine. By lowering the Harpoon’s damage slightly we have made it possible to achieve more variety of RIPs and combos, and as a result, more amusing deaths. 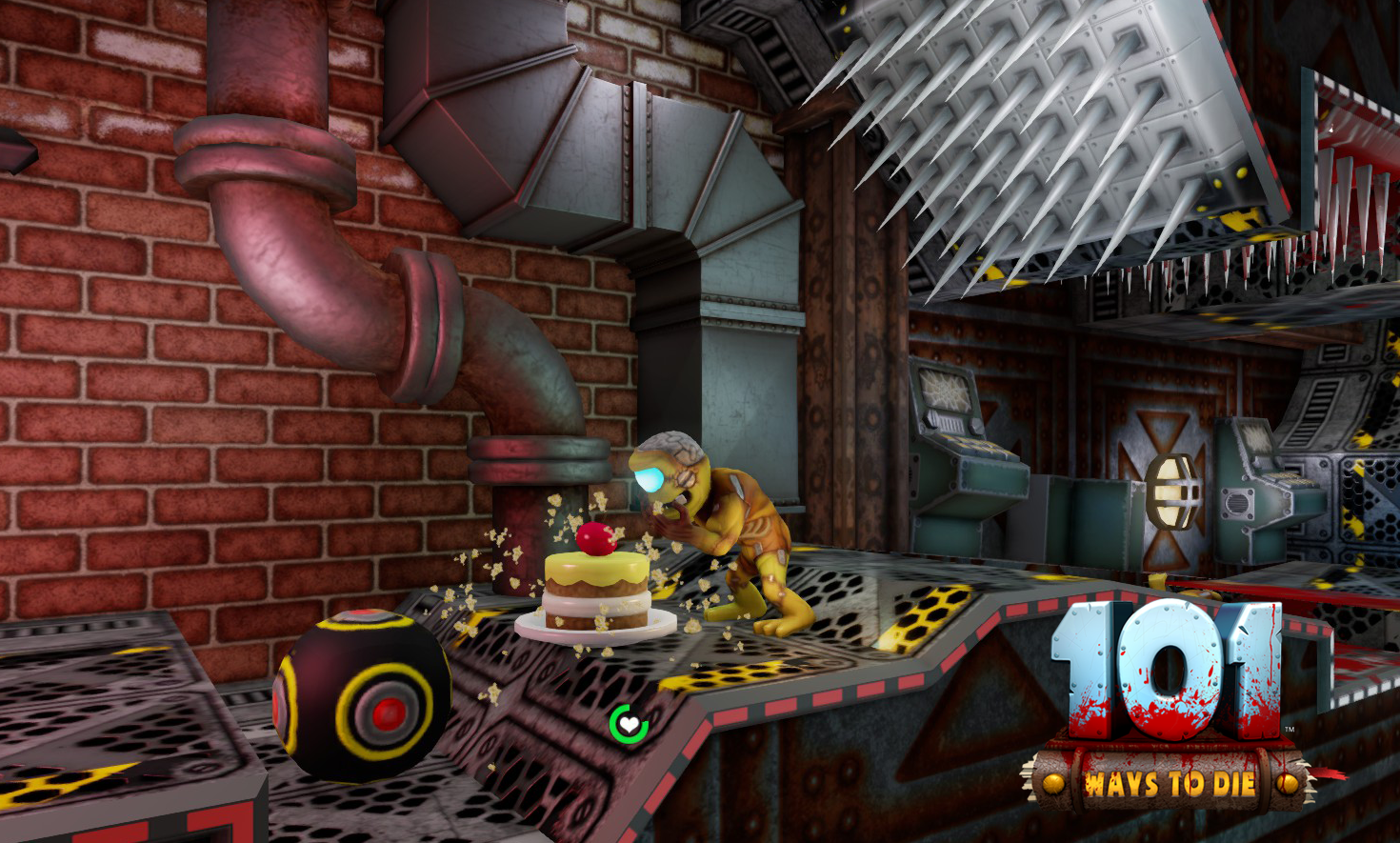 The Cake is the ultimate distraction tool. When the Splatts see this sweet treat they will run straight for it, forgetting about the danger around them or their need to reach the exit. This can be an excellent strategy for delaying or diverting the Splatts so that they will walk right into your trap.

Such is their love of Cake that the Splatts can devour a whole cake in just a few seconds, so your window for deploying your dessert-based schemes will be short – use this time wisely! Cake has a health indicator to let you know how quickly the cake is being used up, the more Splatts sharing the Cake, the quicker it will disappear. The Cake will also disappear if it is damaged by other tools (e.g. squished by a Boulder, blown up by a Mine etc.) 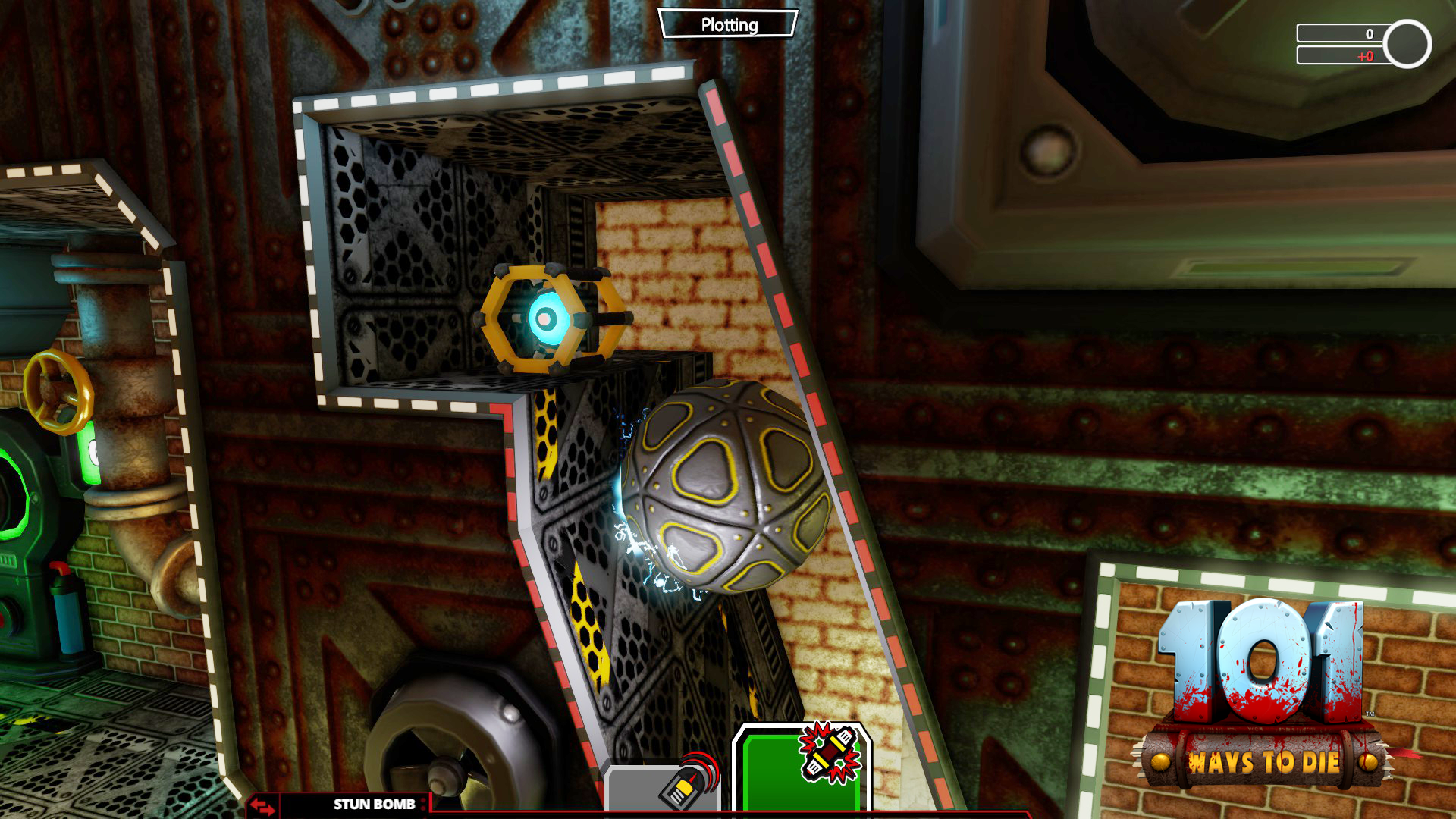 A Stun Bomb creates a forceful ‘push’ which will not directly cause damage to Splatts, but will cause them to become dazed and confused. This state only lasts for a few seconds, but while in this state the Splatts will not be aware of their surroundings so they will not attempt to avoid weapons or actively head towards the safety of the exit.

Stun Bombs can also be used to affect other tools, which very useful for setting your traps in motion. The Stun Bomb will be triggered automatically if a Splatt blunders into it, or can be triggered manually from the inventory menu, this method often requires precision timing to yield the most deadly results.

If you want to see more screenshots and GIFs of these weapons in action (and maybe some sneak peaks at the weapons to come in part 5 and beyond) please check out our social media pages which are regularly updated with cool new stuff.

Liking so far, keep up the good work guys!