The Weapon Reveal of the Day is the Sohcan Cast Iron GreatSword.

The weapon reveal for today will be The Sohcan Cast Iron GreatSword.The Cast Iron GreatSword is meant to be a mercenary weapon and will be one of the later weapons being able to acquire but it is not in the lowest tier of weapons (trust us we have some way more primitive).There will be other specific cultural Bandit Swords along with special but for right now enjoy looking at the cast iron of this low-ISH tier weapon. 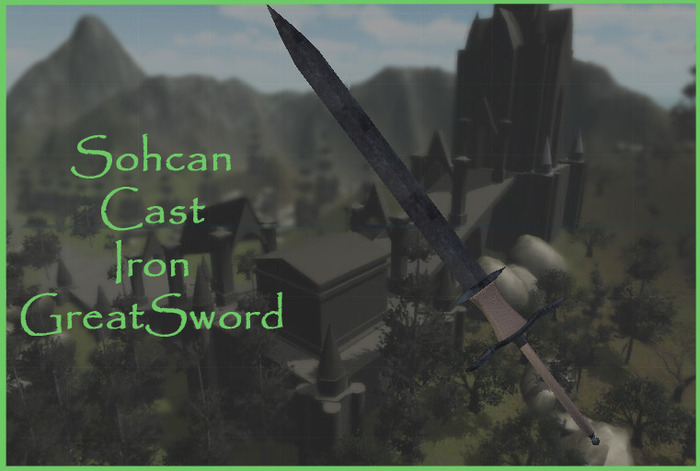