5 years in development, a short multiplayer stage, and Apocalypse Inside is here. More patches will be released as the mod grows. We might even bring back Deus Ex: Frozen Hell starting the mod from scratch! 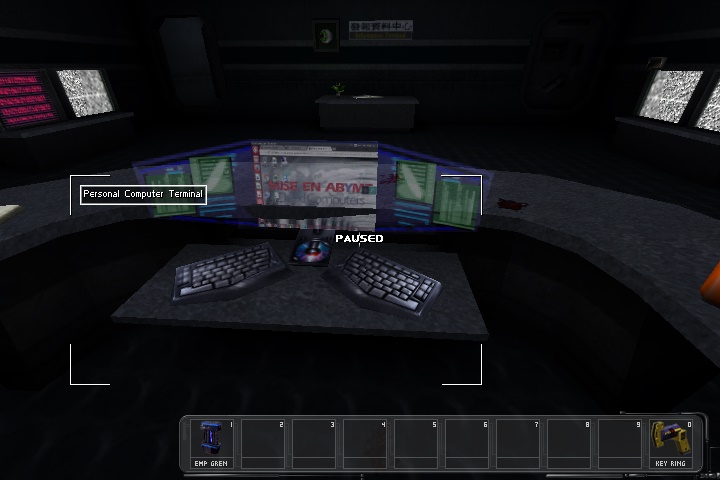 Mise En Abyme cloud computers in Deus ExApostleMod release a Mod! And it's our first public single-player campaign called Deus Ex: Apocalypse Inside with the story based on Deus Ex Bible and the back-story of vanilla Deus Ex and Human Revolution. It will give you 3-4 hours of gameplay filled with Deus Ex easter eggs, quests, puzzles, adrenaline rush and anticipation of how this story will end.

Though engineered in the same tank as JC Denton, it's unclear if Tantalus is JC and Paul's brother. It’s been his codename for so long he can't remember his real name. Tantalus mysteriously escapes from Area 51 lab where he was created which pissed off Majestic 12 for an unknown, sinister reason. Tantalus calls this Apocalypse Inside, a prototype of some king that dwells inside Tantalus in form of extremely advanced nanotech.

It is said that Uber Alles is a transgenic made by Page Industries with the single purpose - to find and kill Tantalus after his escape from Area 51. Somehow Uber also wants to take Tantalus' wife Magdalene after he's killed him. His motivations of that are unknown even by Bob Page.Uber uses his deadly katana called Scythe.It is believed Page brainwashed Uber into being a Narcissistic, Machiavellian psychopath. Among other cynical propaganda, Page made Uber Alles loop in his head a song called 'Megalomaniac' by Project X-3"I'm the master of dark triad

And my name is Uber Alles
I am what the world condemns but
I don't ever give a damn
That the monster I've become
Evil things that I have done
And I know I cant go back
A megalomaniac"Uber tends to use "Mwahahahahahahaaaa!" in every second sentence. 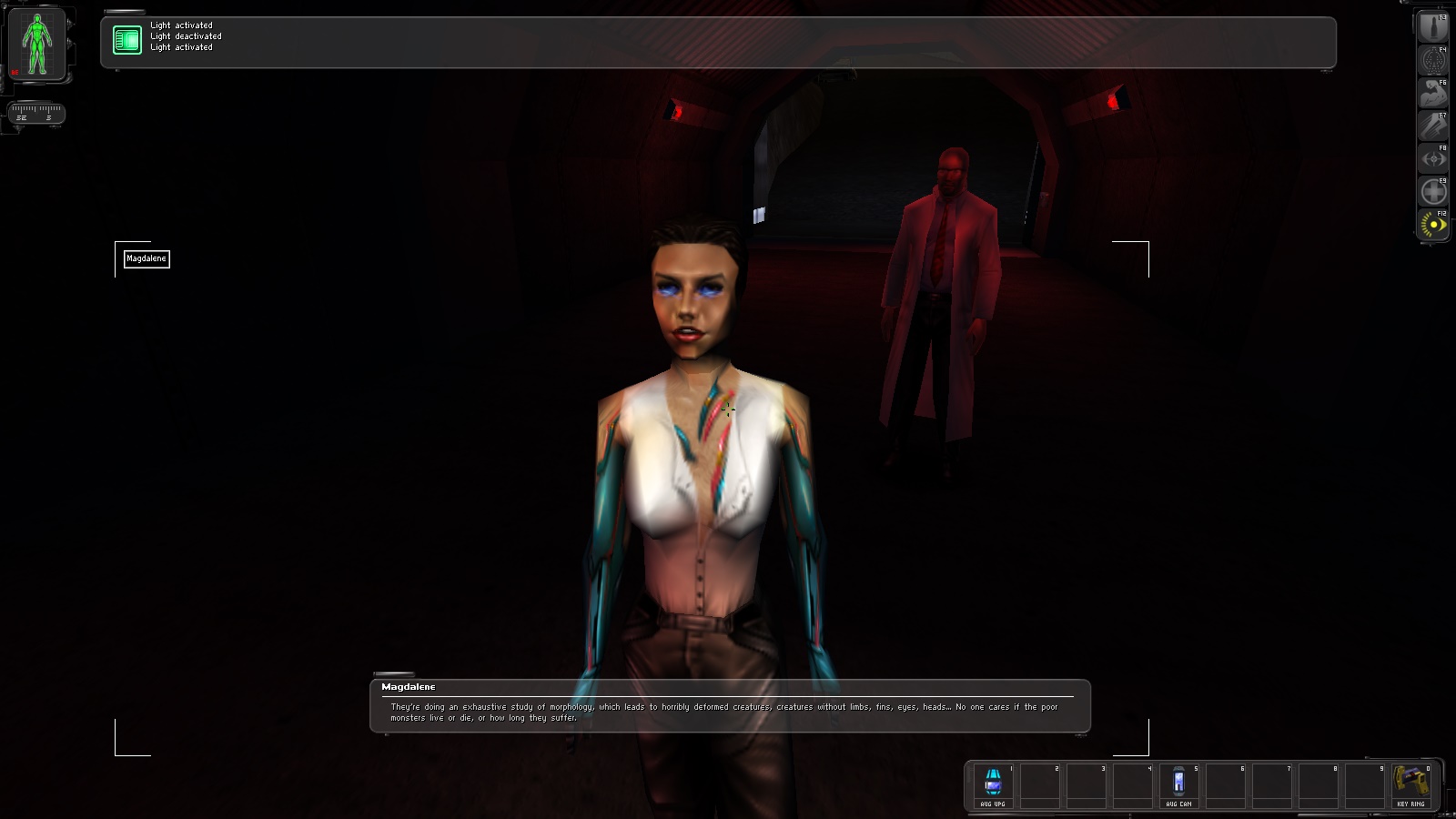 Magdalene was Tantalus' wife, but after she and X51 staged his escape from Area 51 he did not recognize her and left. Tantalus can't even remember who he himself is. When he does start to remember he sets out on a quest to find Magdalene and find out who he himself really is. 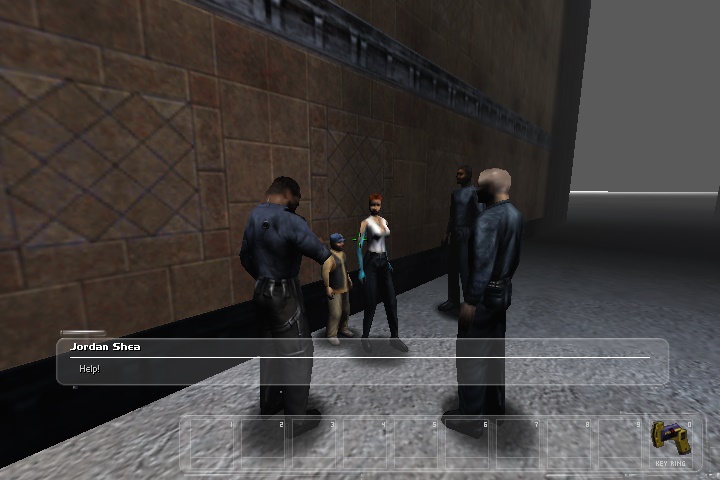 The Rooks are the worst gang in New York City

Deus Ex: Apocalypse Inside revives everything in Deus Ex that didn't make it into the game including the story, levels, textures and easter eggs. This mod will grow eventually. 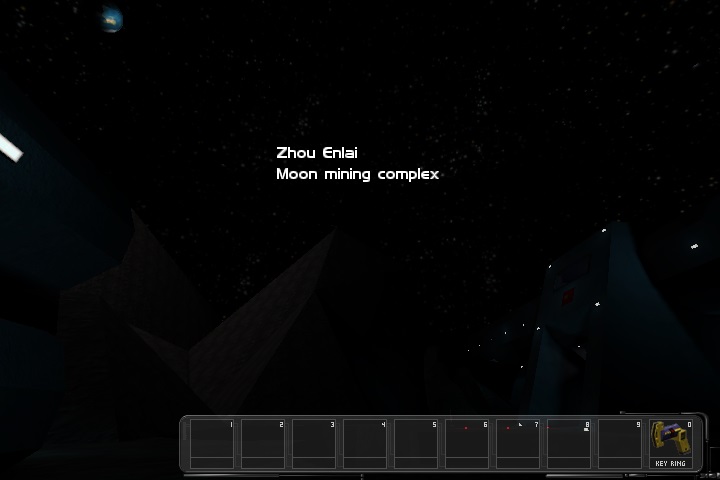 Locations in the final version of the mod will include revised DX1 levels such as Area 51, Hell's Kitchen and Paris, as well as its back-story locations such as the Mass Driver Moon Complex, Texas under Mexican invasion, Ophelia space station from Invisible War, and the cut-out Humanity Front Rehabilitation Center from Human Revolution.Features: 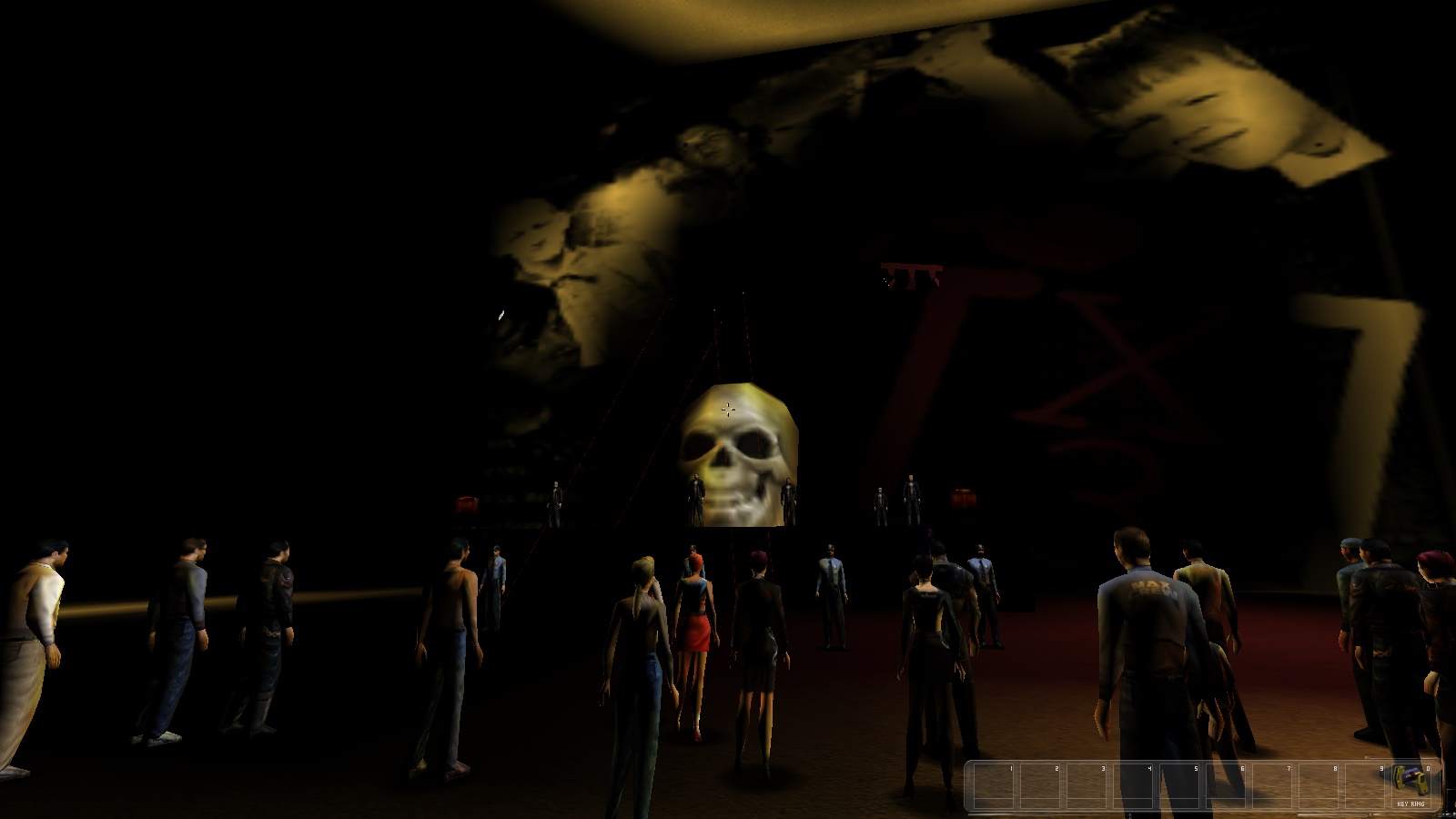 Metalheads, show me your devilhorns and lets headbang to some Heavy-frickin-Metal!

It's always gratifying when a project that's been planned for a long time finally gets released. :]

Thank you FastGamerr! I remember in Nihilum you brought back elements from DX backstory with the White House Mission but somebody also had to make a moon level, X51 escape and Los Angeles after San Andreas quake.

Well, I'll be honest with you, this mod needs a lot of work and cohesion. It's a bit disorienting when the characters are talking to the main character as if he was JC on a mission to the Ocean Lab, or Harley Filben as Max Chen calling you an "ignorant gwailo".

So I'd focus on working on new own archi ( this skyline screenshot looks pretty good from this angle, for example Moddb.com ) and working on making the story and gameplay cohesive. But it's a start, nonetheless!

Thank you for your feedback. I know that all the conversations are nonsense, but I picked the best fitting conversations from vanilla bacause I didn't have time to record my own. To convey the meaning of the actual story I had to insert message triggers. It is not the best solution cause by default they stay 3 sec and I had a lot of text, but that was just the fastest way to create a sense of story. So in the next years I'll be fixing all that, update after update.

deus ex keeps getting new mods it seems
waiting for monday to try this out, and some other mods i've seen for deus ex

Yeah I'm fine with reading alot if it means not being constrained by the official voice acting. Just write what fits best with the story.