We are looking for some play testers before we release our demo on kickstarter. So we are coming to IndieDB watchers for help

After months of work, and more sleep-less nights than we care to admit, we have got our prototype for DREAD in a state that we are confident to show people. that's where all of you come in. We are looking for a group of people to play the game; play it and break it!

To that end, and in an effort to add a little element of fun, we will be choosing the play testers for anyone who follows us on IndieBD, Facebook, Twitter, or subscribes to our newsletter.

As an added bonus, for each 100 followers we will give away a Fun Prize... These are unique items that no one outside of our team has.

So here is how we are going to do it; everyone who follows us will be added to the list of candidates, we will work through the candidate list sending out a few simple questions (OS, specs, games you've played, etc.) to see if you are a good fit. Those that are will get the prototype and be asked to play it... After which we will ask a couple of additional question... To make sure it is at its best.

For the time being we are focusing on the PC build first, and Mac second... Sorry, Linux folk you will have to wait until the Unreal Engine 4 beta.

We are doing this in preparation for our Kickstarter that starts on Halloween, so you have to follow us before Monday (the deadline is October 26th 11:59pm MST) in order be considered, so follow early and get ready to have some fun.

We are providing the Links below to make it as easy as possible for you to get in on it.

Most importantly though, watch us here at IndieDB!

And as and added bonus, check out this figurine we have designed as an incentive for Kickstarter.

And our concept T-Shirt Design. 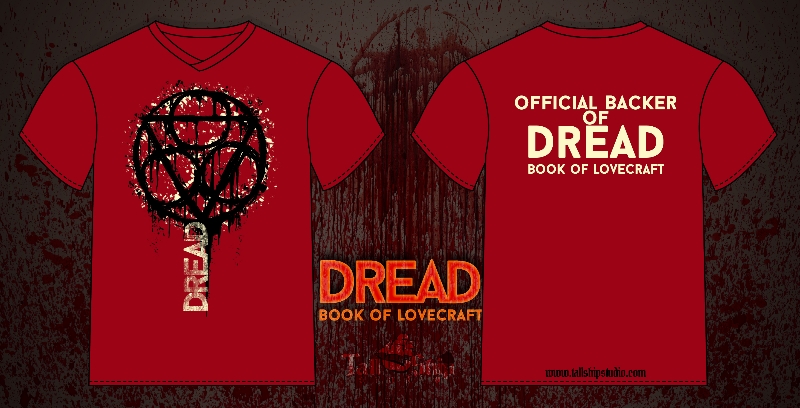 i would love to test your game please can i?

I will test this game for you, very happily.

For those interested we have a free spots left for Play testers. to get on the list go here "http://goo.gl/forms/X4lN4BRQc2" and fill out the questionnaire.