What we did and what we plan to do?

Almost a year later we decided to publish some information about Horzine Outbreak.

Now mod is using the last version of Xash3D+XashXT, so it can hold many models at same time. I ported needed resources from KF Mod versions such as textures, models and sounds. And our small team worked on plot of the story of Horzine Outbreak. We want to make a mod with better storytelling, than it was in original KF mod v1.0. I love original gritty style and creepy atmosphere, so I try to save it as good as I can.

Now I'm working on the first map - Incubator. This mod will include about 4-5 big maps of Horzine Industries underground labs, where we will try to survive. Maybe later I will port first 5 maps of KF. But it is not exactly. 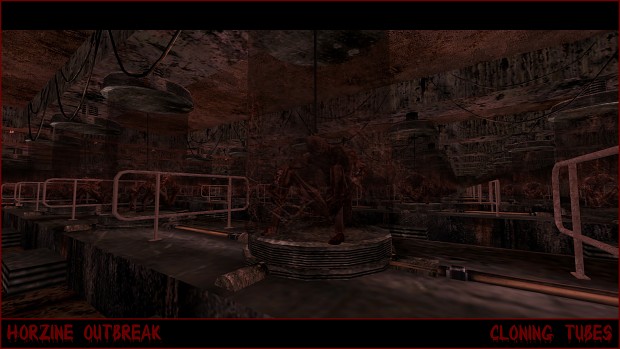 Our programmer Eljeyna coded all needed weapons: Knife, Fire Axe, Chainsaw, Beretta 92, Desert Eagle, L-85, Shothun, X-bow, LAW and grenades. But they still a little buggy, so we will test and fix them. Now X-Bow can penetrate multiple enemies and bolts are pickable. And grenades can be tossed by pressing "F", like in original KF. 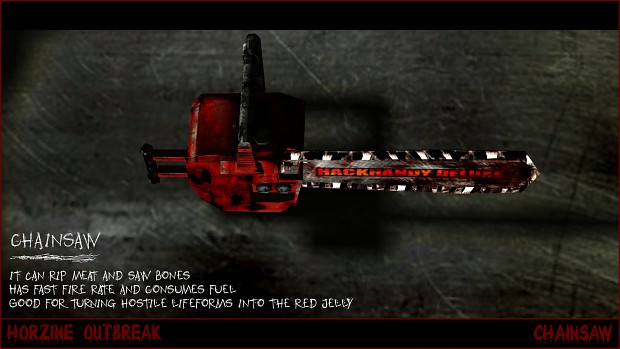 Added new monster - Clot. He can grab the player and dont let him to go. You can escape from his deadly hugs only by hitting him with melee weapon. Right now Eljeyna worknig on Stalker - stealthy naked woman which can be uncovered only when she attacks. 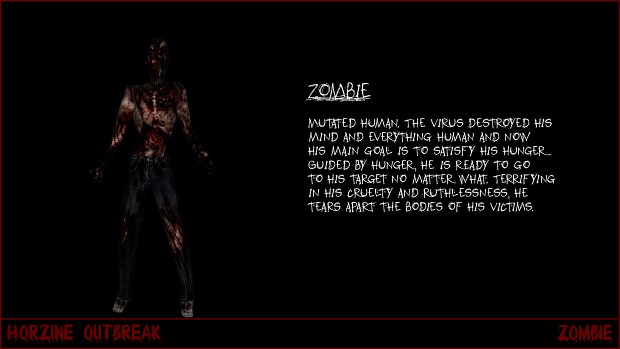 We still working on this mod and I firmly decided to release Horzine Outbreak in 2021. Maybe in summer. IDK :D

We need help with textures and animations for monsters and weapons. Also we need voice actors preferably with british accent. If you have some skills, you can contact with us.

Good to hear, hope to see more updates in the future!

We will try our best :D

I haven't heard about this before, but I'm instantly sold. A story mod for Killing Floor? Perfect.