After 40 days of Steam greenlight, we received the news that we were greenlit by the community. We didn’t really expect to get even close before midsummer, so it was quite a surprise. A happy surprise!

The biggest spike of votes was on the first weekend when we were at Insomnia54. After that it was a steady stream of votes per day. 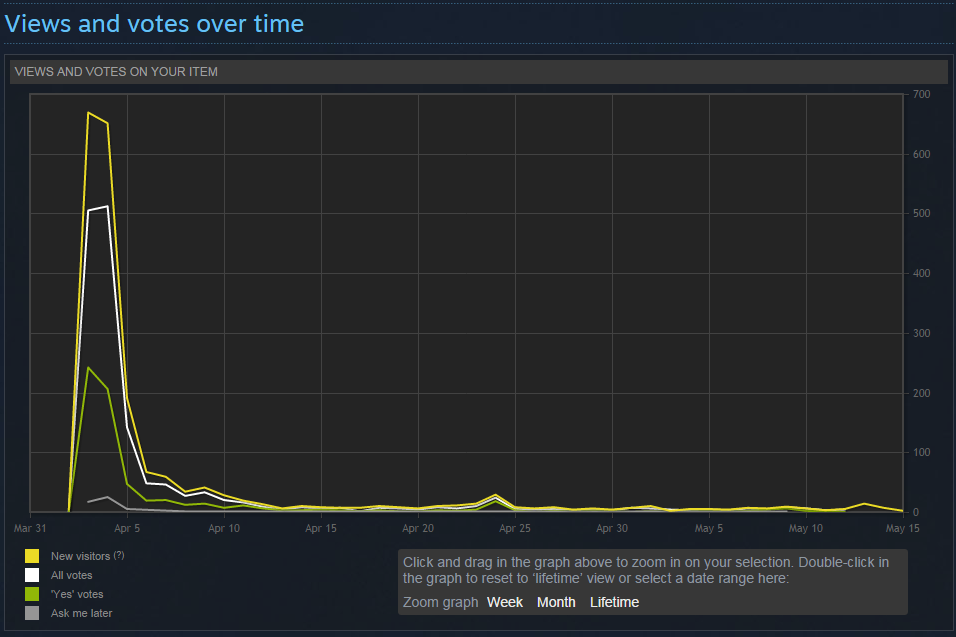 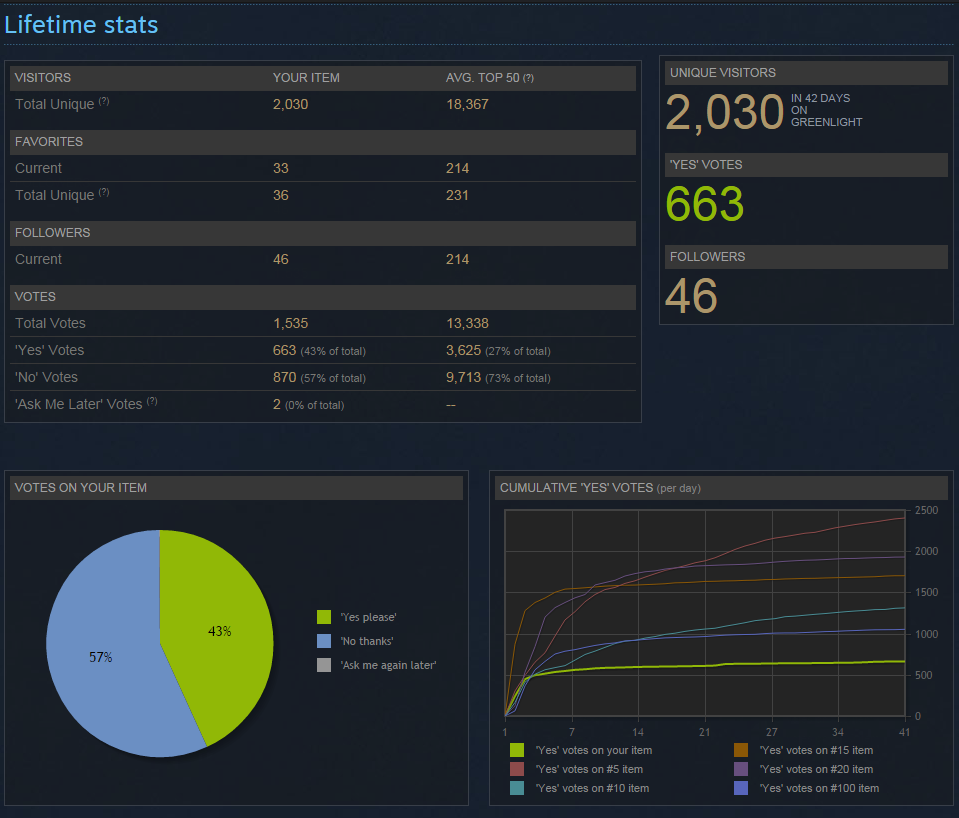 Now we will continue developing the game and are planning to release the game in the autumn. We still have a lot to do and there are some unanswered questions, but we will keep on doing updates to tell you what’s going on. Thank you all for the support so far. We couldn't have done it this far without your votes.