(Everything you will see here is still early Work In Progress, assume that many things will change until the release of the game)

(Everything you will see here is still early Work In Progress, assume that many things will change until the release of the game)

In Dead in Bermuda, water was just a simple counter: each character drank 1 water supply each day, so when the counter was below your number of alive characters, you were screwed. It was very basic, it was better than nothing, but mostly frustrating and not really realistic.

The interesting things when dealing with water in a survival situation, from our point of view, are:

Managing water is a bit different than food, because generally speaking you get a large amount at some point like when it’s raining or when you discover a source, you can assume it’s non perishable, but you must manage your reserves during a long time without resupply. That accentuated by the fact that no water means a much quicker death than no food.

So we think it’s quite interesting to have both systems running at the same time: they are similar, but different enough at the same time. And of course, they are interconnected in many ways, as we’ll see right now. 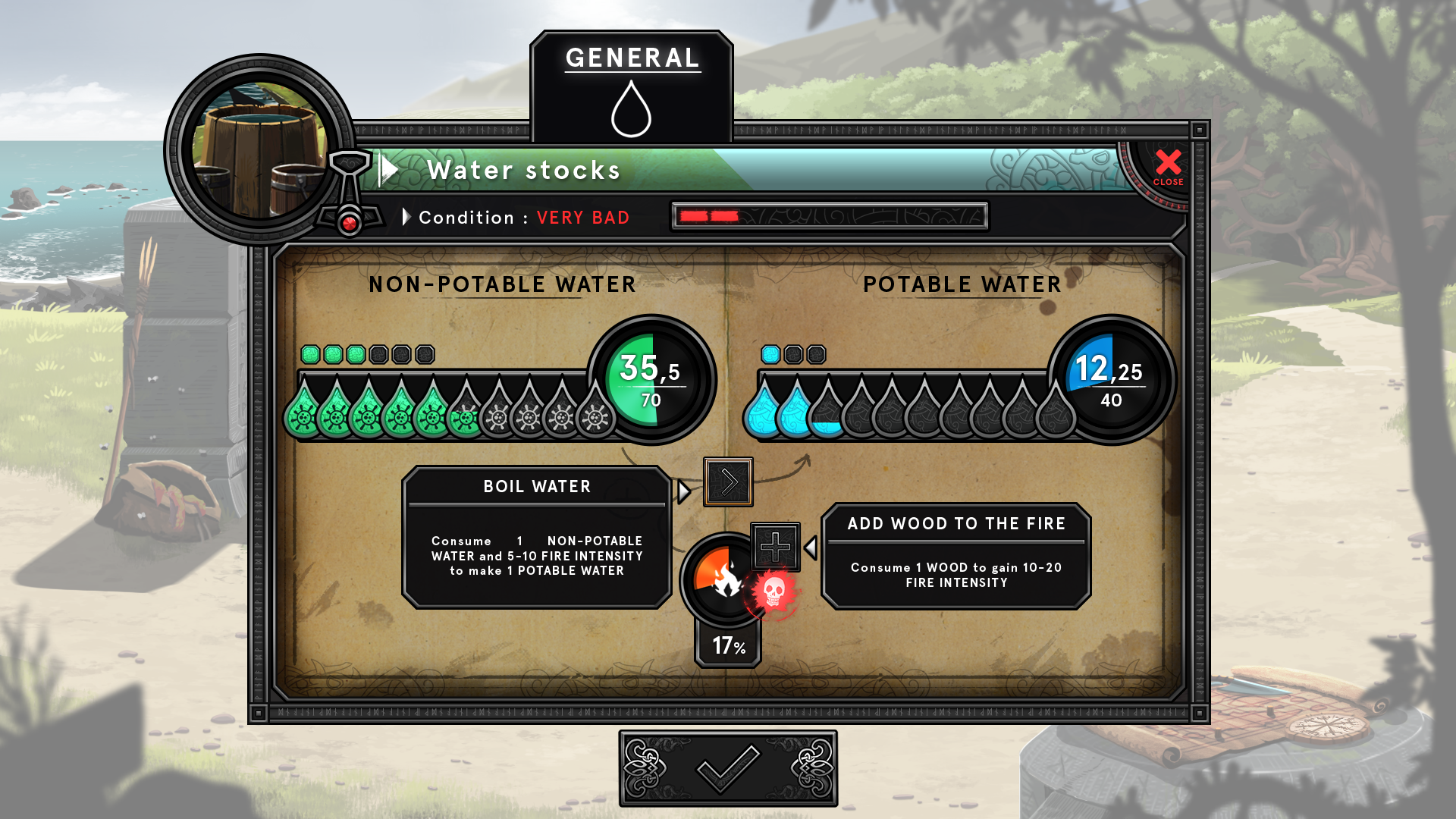 Water Pop Up – Work In Progress

So in Dead In Vinland, you’ll have to manage your water supplies like a true, critical resource that has many uses:

The water you’ll stock will serve as other purposes than just hydrating your characters: 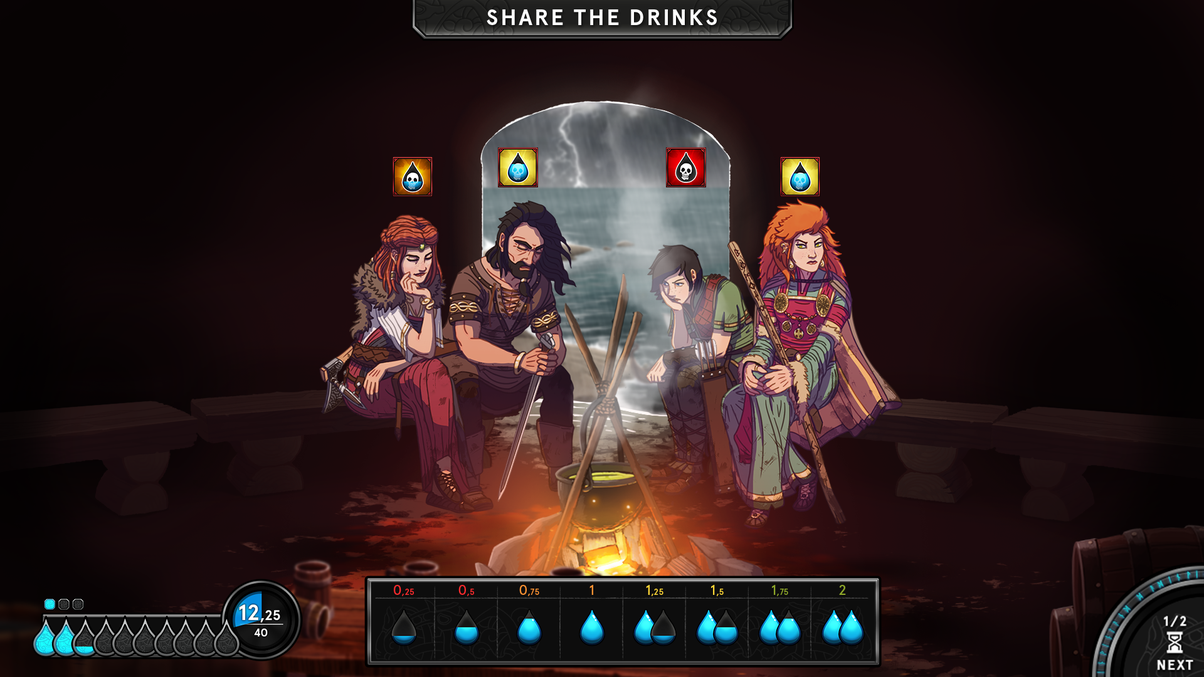 So each night, a “Share the Drinks” phase will be added to the cue of night events. A bit like the Share the Food phase, you’ll be able to ration potable water between your alive characters. It works like this:

There are some more surprises left tied with the Water system that we didn’t talk about, making the whole thing all the more interesting and complex, but that’s for another blog post, so stay tuned!