Meet The Law: How do you get away from the Cops? What effect do crimes have on the economy? Can you get immunity for certain crimes? Find out here! Voxel Turf is an urban sandbox. Build cities and live in them!

After the collapse of effective government in the Voxel Turf world, various groups are vying for power. There are the bandits hiding in thier hovels, there are other factions establisihing bases and claiming territory, and then there are the CDF. The CDF have the most air of legitimacy. They have uniforms, fancy stars and fancy cars. The problem? They are utterly incompetent at fighting crime. They don't fight the bandits – infact they just run away if fired upon!

They will however mob the player over minor provocations. But don't worry - if you follow the following advice they won't be problem!

Be sure to subscribe to my youtube channel, as I will be putting up quite a few more videos!

Getting Rid of The CDF

If you look just under the Notoriety bar you'll see up to 3 icons – an Eye, a Diamond and a Stopwatch. These icons tell you what you need to do to get rid of the CDF

At low notoriety levels just hiding in a nearby building works well. Be prepared to jump fences!
Flying away when at notoriety levels 1-3 works very will too. If you go to a Helifield or a Hospital you can steal a helicopter. After 4 stars you will need to shoot down CDF helicopters that chase you
Driving away to the country works too – CDF spawn in the city after all. If you drive them out to the sticks you can take care of them behind a tree and noone will be the wiser...
Hiding in the hills works very well too

Remember this is a building game too! If you have notoriety hired goons in your bases will shoot at them. You can create a death trap for the CDF. Also there's nothing stopping you from making drawbridges, etc to stop them!

You probably already have a clue on how this works ;) - You do naughty things, you get stars. The more stars you get the more the game throws at you. Here are the specifics for this game:

In addition each star will increase the spawn rate for CDF vehicles is increased. 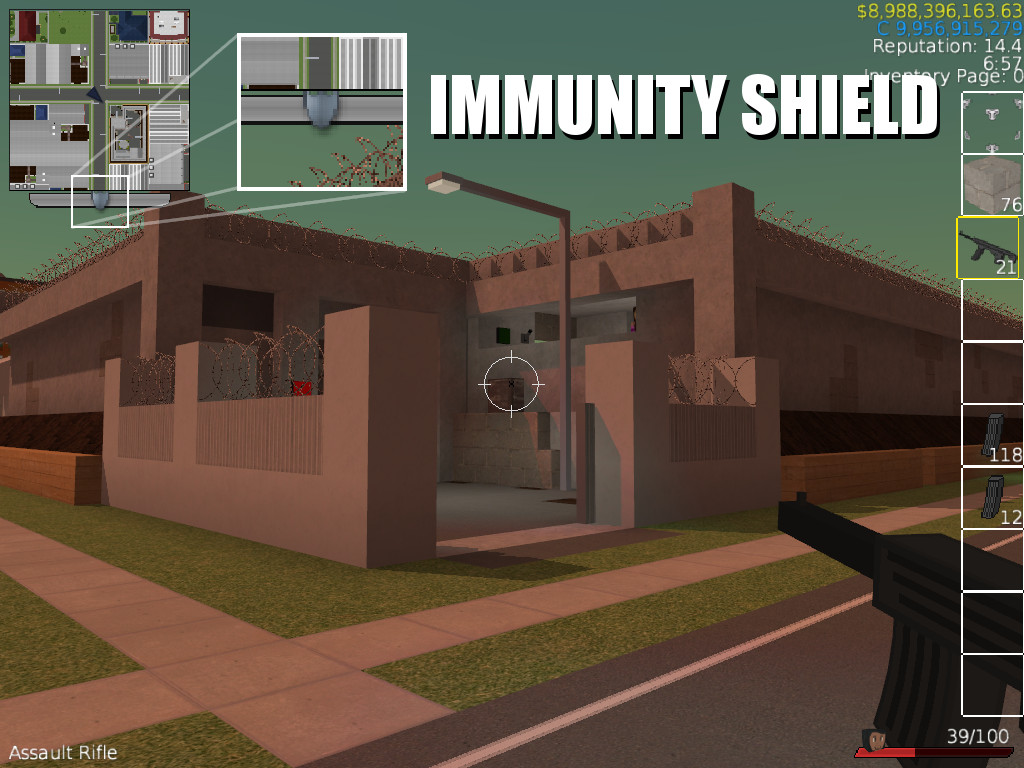 Above: Being next to a Player Base, Bandit Base (pictured) or
having the "CDF Connections" perk will give you the crime immunity shield

The shield icon means you have limited immunity to some crimes. This is more of a Quality of Life feature as having to deal with the CDF every time you shoot at a Bandit Base is a pain ;). You get this limited immunity if:

This immunity gives you immunity to the following crimes

Also note that this does NOT give you immunity to more serious crimes (such as Murder) or any crimes committed against the CDF (such as Carjacking a CDF Patrol Car).

Listed below are crimes you can commit and the stars they give when you have none.

Committing crimes when you already have notoriety increases your notoriety further, with the more notorious crimes increasing it by more. You can use the cheat /notoriety (num) to set your notoriety. 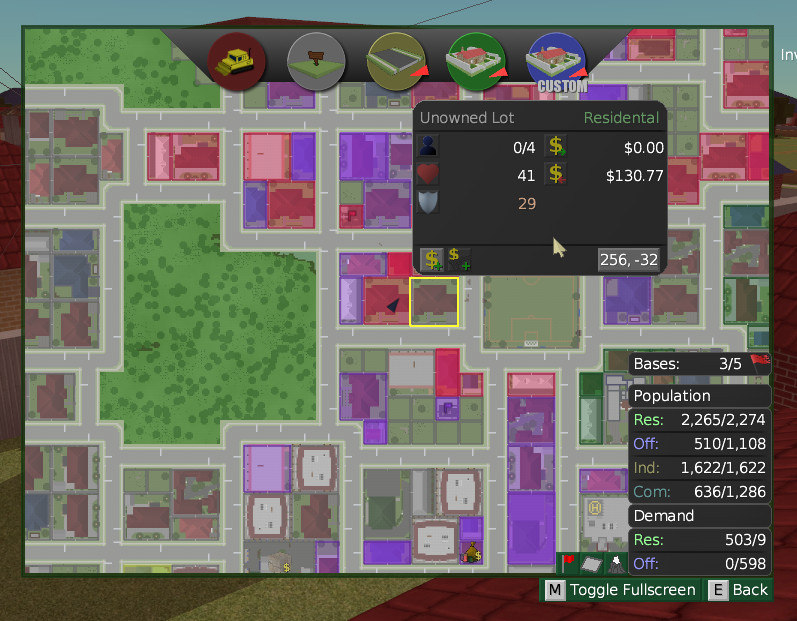 Above: A lot has had its safety rating reduced,
causing its population to move out, thereby removing its income

Some exceptions are Reckless Weapon Discharge and Vehicular Assault, which do not any Safety Rating effects.