Introducing the first two factions for the mod:

The Coalition are fascist human supremacists with a totalitarian government, restrictive internal media, restrictive education, and mandatory military service. The Coalition is ruled by Emperor Karl Prosek, and is genocidally opposed to all aliens, D-bees (Dimensional Beings), human mutations, and Magic. Their ultimate goal is to return the Earth to its pre-war status, and do so by attacking anything and everyone that is foreign to Earth as it was before the cataclysm. 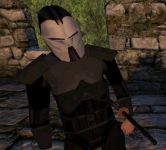 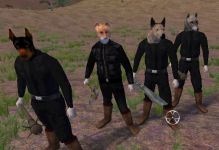 Giant humanoid insects from another world, Xiticix numbers have grown from a few dozen to almost four million in only 50 years! The Xiticix have no allies; they exist solely to breed, conquer, and terraform the Earth into a world suitable only for them. Apparently more intelligent and advanced than their "bug-like" appearance would at first suggest, many foolish adventurers have dismissed the Xiticix as non-sentient, only to end their days staring down the barrel of a Xiticix-manufactured glop rifle. 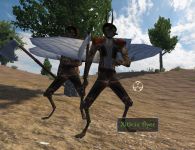 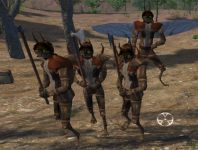 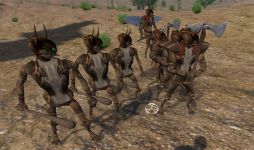