Greetings everyone! The latest version of Warzone 2100 has been released. This version includes the original movies put back in so you can see nexus again. there is also many more changes.

It has been a long time coming, but we are finally able to bring you a
version of Warzone 2100 that includes all the FMVs from the original
game!

For the windows installer, you will be asked:

Do you wish to enable support for languages other than English, French, or German?
[Default is NO]

(NOTE:
This will have a huge performance impact on Vista, on the first run of
the program, while fontconfig builds the font cache if you answer yes.)


The
reason for this is, we are using a custom font for fontconfig, called
DejaVuSans.ttf. This font does not have all the characters for all
languagues. That means, if you need to use another font, then
fontconfig needs to build a font cache from the windows fonts directory
in order to have a font that works with your language. The downside to
that is, there is a huge performance impact on Vista, on the first run
of the program, while fontconfig builds the font cache.

Also
note, that this version of Warzone will also be the last version that
supports older hardware. We do plan on having 2.2 as a LTS build
though. (Long term support--we will try our best.

If you know other developers, tell them to join up!)

Here is the Changelog. For a full review of everything we have done, you must check the svn logs.

Besides the normal fixes, the biggest visual fix in this release is this,
from: 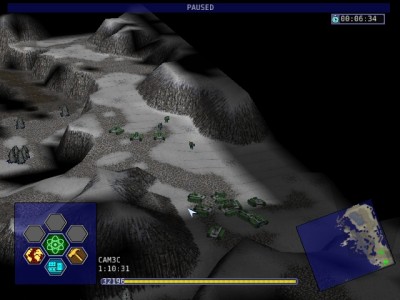 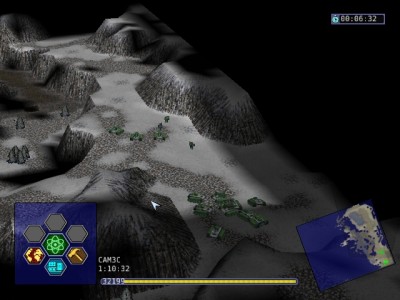 Cool. Keep up the good work.

yes we will thanks. You like that there is the movies now!

Thanks for the new version. And finally the campaign movies are back. I missed them in your previous versions. :)

Really happy that you're still making progress with this. Great job!