It's been a long time coming... but the day is here! Warm Gun 1.8 is officially live on the app store. We have totally revamped the game from the ground up, and introduced a number of new features and additional content.

Posted by EmotionalRobot on Dec 7th, 2012 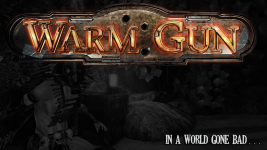 It's been a long time coming... but the day is here!
Warm Gun 1.8 is officially live on the app store. We have totally revamped the game from the ground up, and introduced a number of new features and additional content. 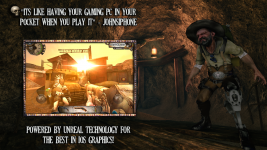 Here is a breakdown of the new features and added content.

✠ Added GameCenter Achievements ✠
- Over 80 Achievements and leader-boards to test your skills and compare against friends.

✠ Added Outlaw AI ✠
- The Outlaw class has been implemented as AI and set up for future updates. Our next update will include her as a playable class. 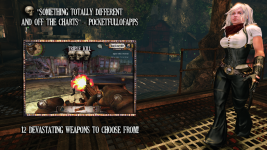 ✠ Updated Controls ✠
- One of the biggest factors for us was the controls, and we have fine tuned them to a solid state. They feel more responsive and the options to customize them has been reworked.

✠ Complete Overhaul of the AI ✠
- Our new coder has reworked the AI from the ground up. The game is way more challenging now and the bots react and fight with a purpose.

✠ New Traps and Triggers ✠
- Be sure to try the new maps, they feature new traps and deadly triggers to help frag your enemies. Be sure to try out the cannon on the flying ship in Whiskey Town. 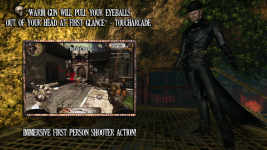 ✠ Improved Stability On All Devices ✠
- one are the crashing issues and stability problems, the game has been totally updated with the latest UDK engine. It's stable and framerates have been improved on all devices. (3Gs and higher)

✠ Multiple Bug fixes and tweaks ✠
- We spent the last few months cleaning up all of the little issues, making the game as solid as possible. Players can expect to see a smooth experience when playing through the 10 maps.

✠ Removed Gamespy multiplayer support ✠
- One of the major features to be adjusted was the removal of gamespy multiplayer. Gamespy service has pulled out support for UDK games on iOS so we have had to adjust and remove the broken features. We will be working on getting GameCenter multiplayer going for 2013. 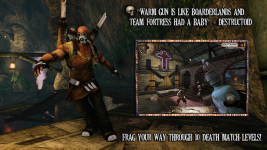 As always we would love to hear from you! Please feel free to let us know what you think of Warm Gun and if your still on the fence about buying our little game, slide on over to Carnival of bullets page and check out our free app.

If your ready to try out Warm Gun you can pick it up for the low price of just $0.99 !!!
Itunes.apple.com