We talk about what the Foxhole dev team is working on including the Warden Light Tank, Rifle Grenade Launcher, and more!

We've been really happy with how well the first rough version Campaign mode is working out. We feel that wars have become more relevant throughout the week, and we're also seeing more (but definitely not all) wars involving clan players breaking through the day one barrier. Given how early this feature is, the sky's the limit in terms of what we can improve or add to it. Please let us know if you have any ideas. On our end, we hope to add some sense of player level progression in the future for Campaign users.

With more players from the community getting involved in Campaign mode, we're reevaluating the role of scheduled events (i.e. Community/Weekly wars) moving forward. We're looking for feedback on this matter, so please contribute to this thread if you have thoughts.

We revealed the Warden Light Tank on our Devstream last week. The Warden version of the Light Tank is the Devitt - Mark III and was originally designed alongside the Colonial H5 Hatchet, which was discussed on a previous Devblog.

Before we began the process of concepting tank designs, we discussed in detail what characteristics would define a Warden tank. Wardens put a lot of care and craftsmanship into their attire so this is something that needed to be reflected in their vehicle designs as well. Their tanks needed to look slightly more advanced and have more intricate details. We also made the decision for their hull designs to have more rounded elements.

Check out the slides and concepts below for more on the Devitt - Mark III. 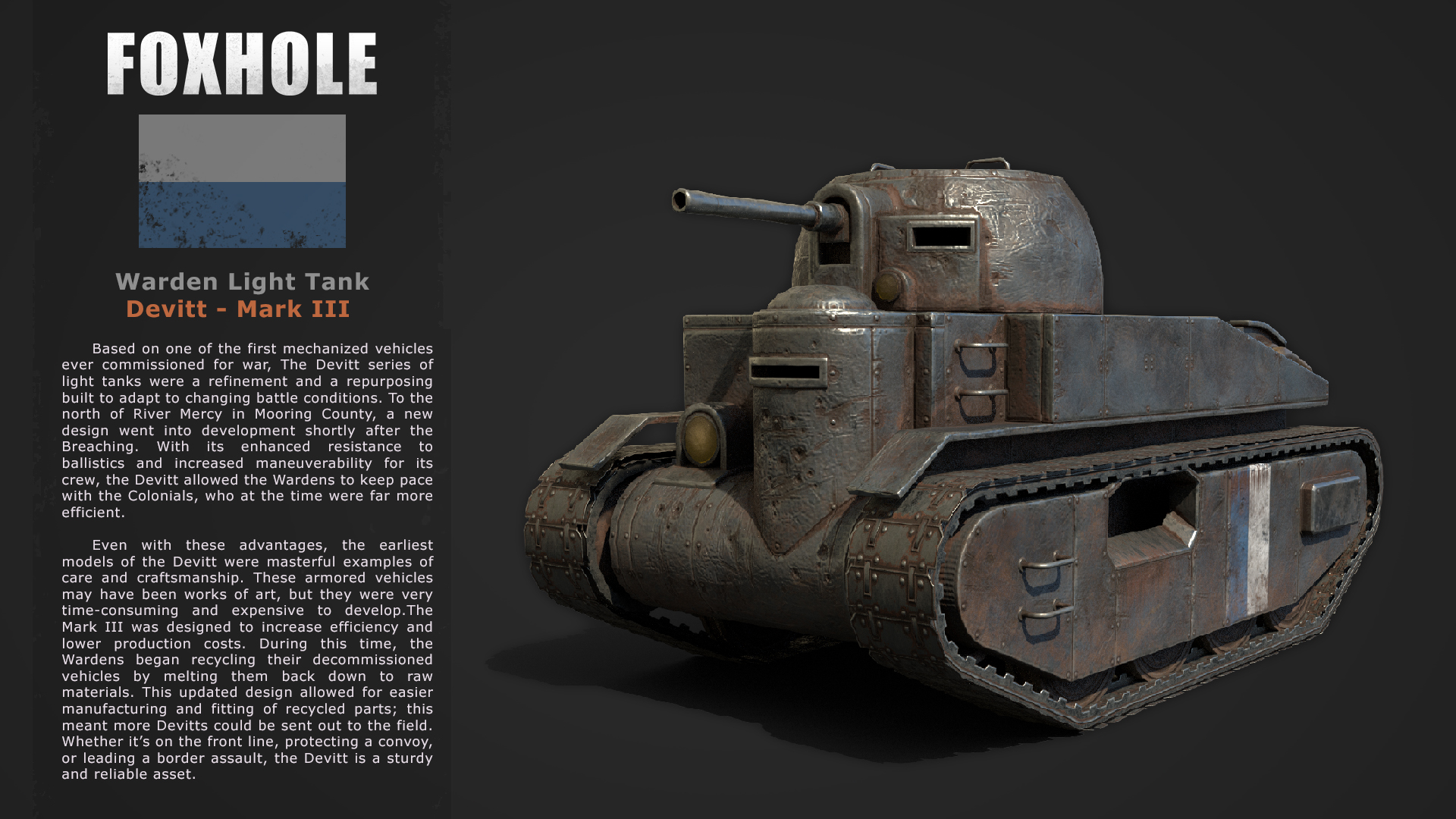 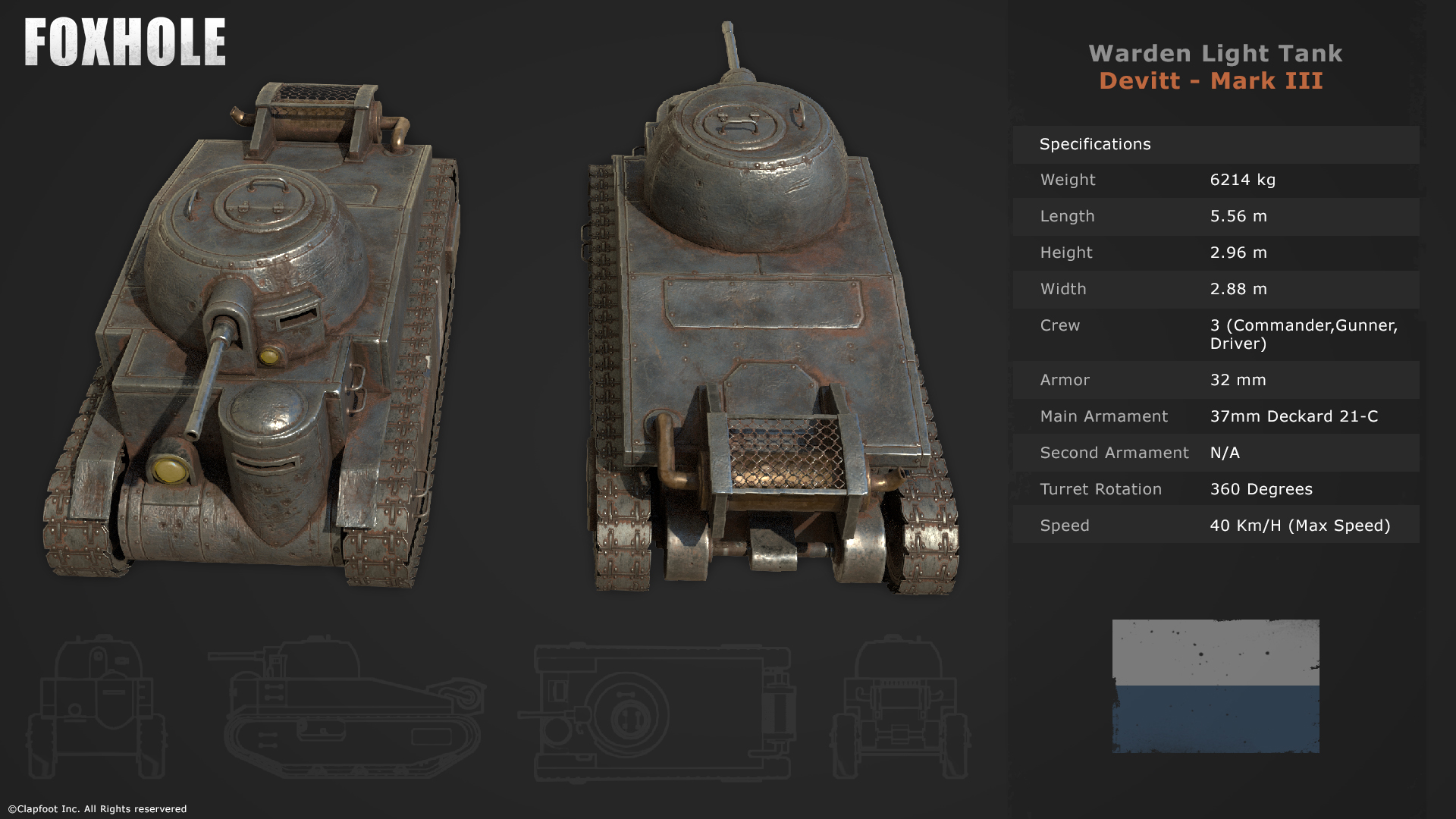 Front / Back profile and stats for the Warden Light Tank 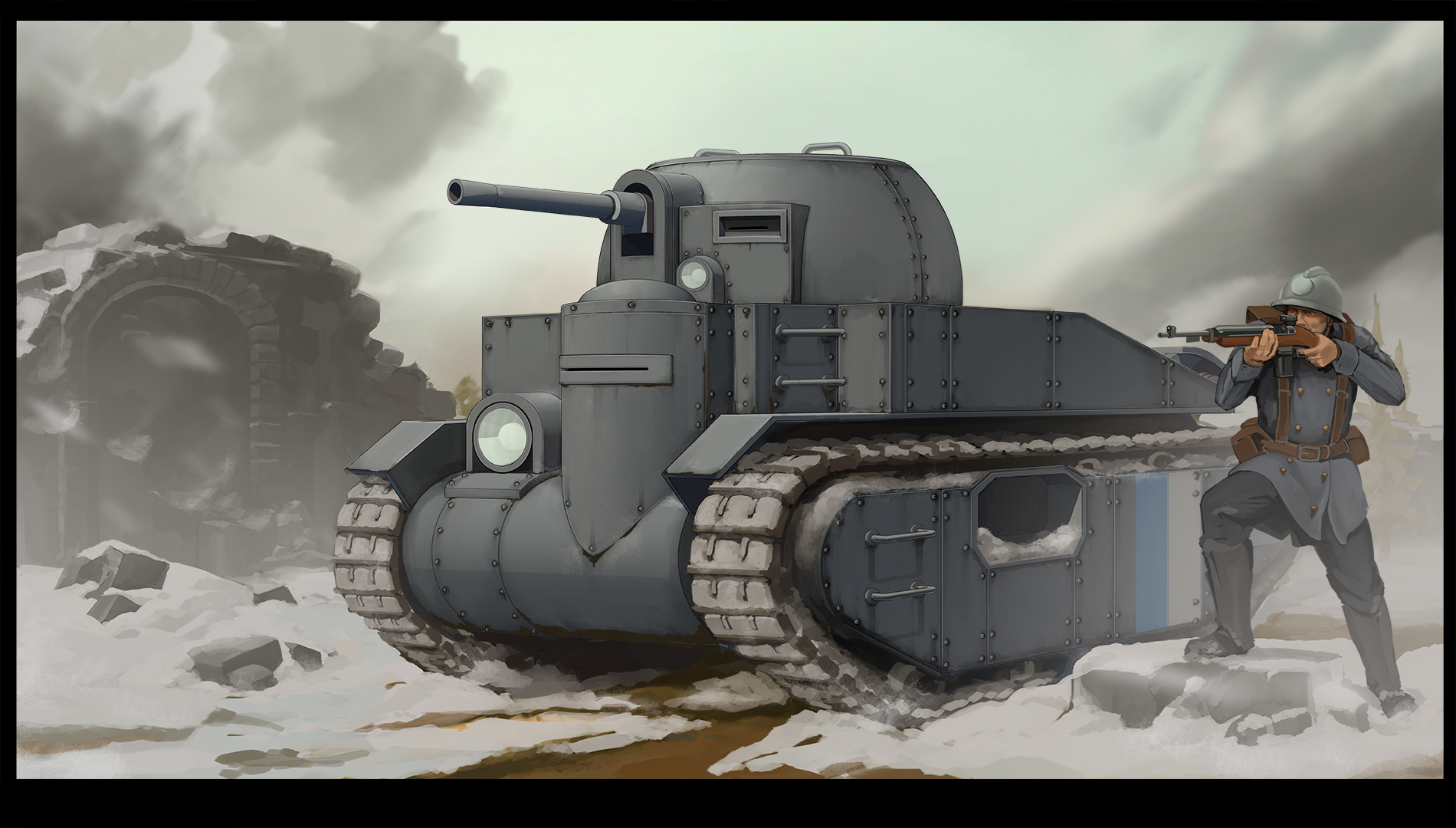 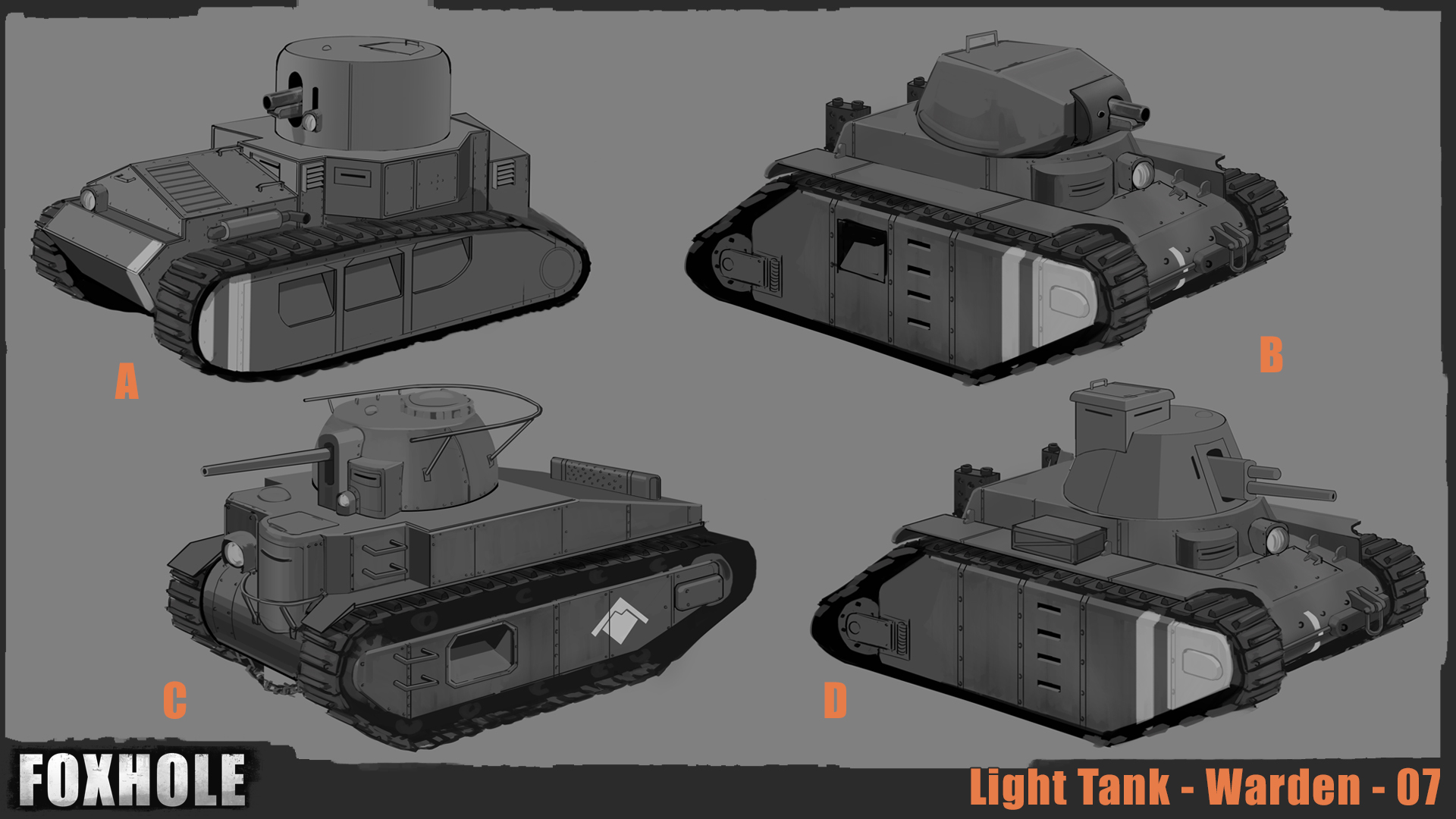 Several other concepts explored for the Warden Light Tank

This idea has always been sitting in the wings, but as we approach our Early Access release date we're starting to worry more about introducing new players to the game. Fisherman's Row will be our first 60 player map and will be designed for new player experience and smaller scale skirmishes. In addition, having a smaller map like this will give us the flexibility to adapt to changing player populations with less friction. 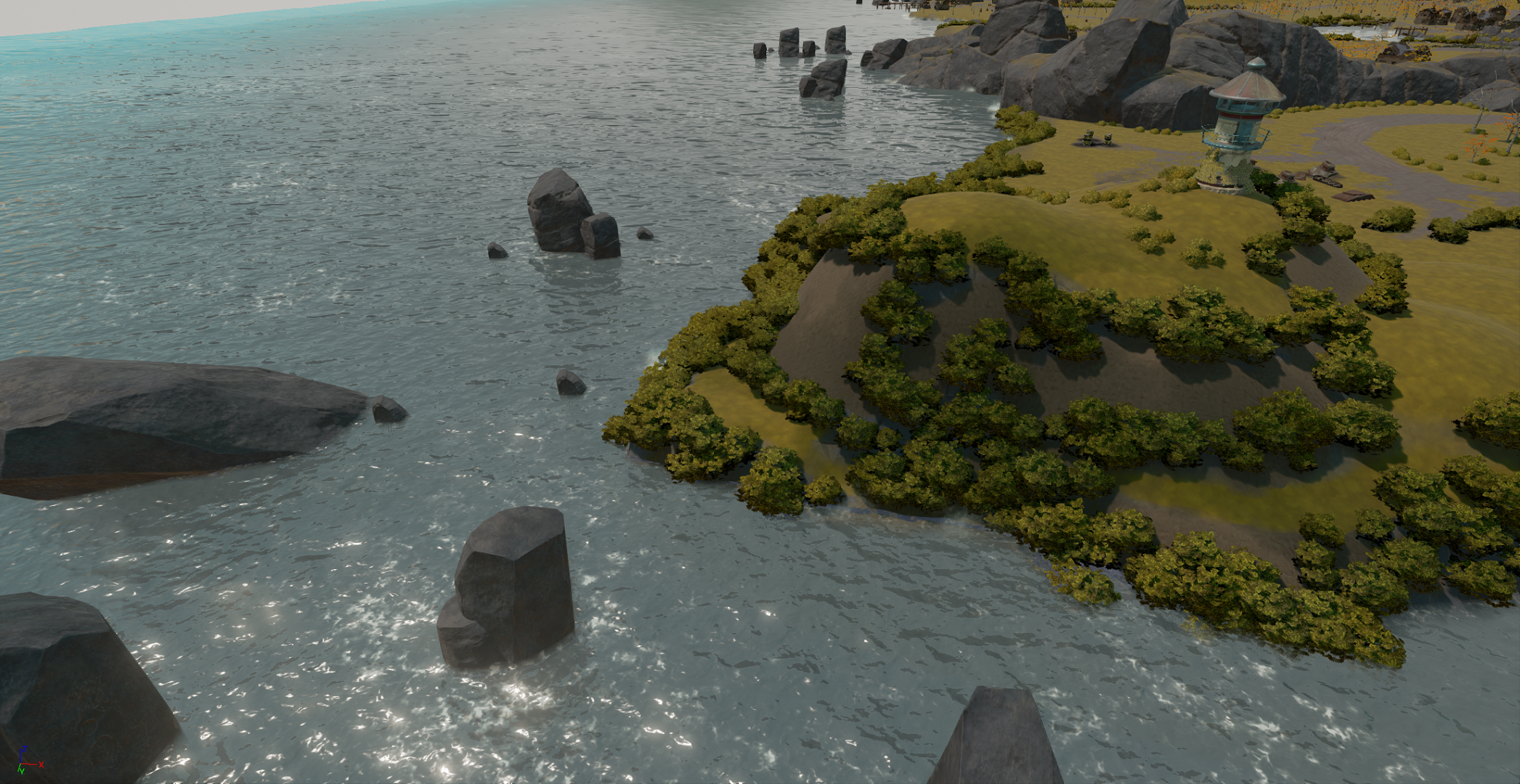 Fisherman's Row will be more linear in layout so it should be harder for players to get lost and objectives should be clearer. For new players, it should be easier for them to pick up their rifles and get to the action. While we see this map as a lower barrier to entry, we also wanted to ensure that all elements of wars are intact, so expect resources, production, base building, and supply lines to be just as important here. As a result, there is the possibility that more experienced players may find this map useful for training exercises, smaller skirmishes, or even clan bouts. 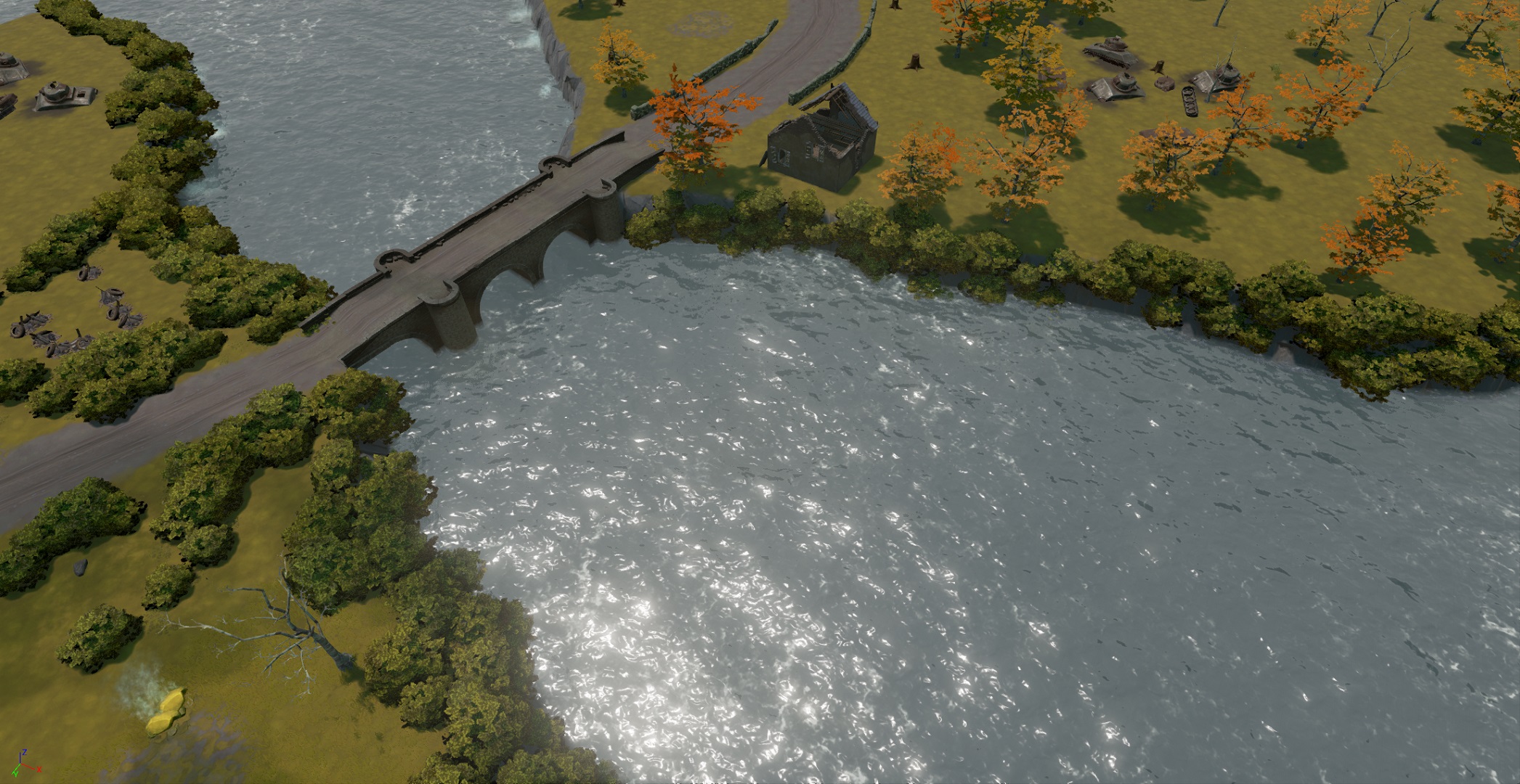 Fisherman's Row is an island off the West coast of the old Warden Empire. This map will be the first of many that we will exploring on this side of the world in the near future.

For now, this map will remain separate from Campaign and World Conquest, but this is something that can be easily changed in the future. There is a case for having smaller maps in these game modes since it will allow us to adapt to changing player populations more easily. 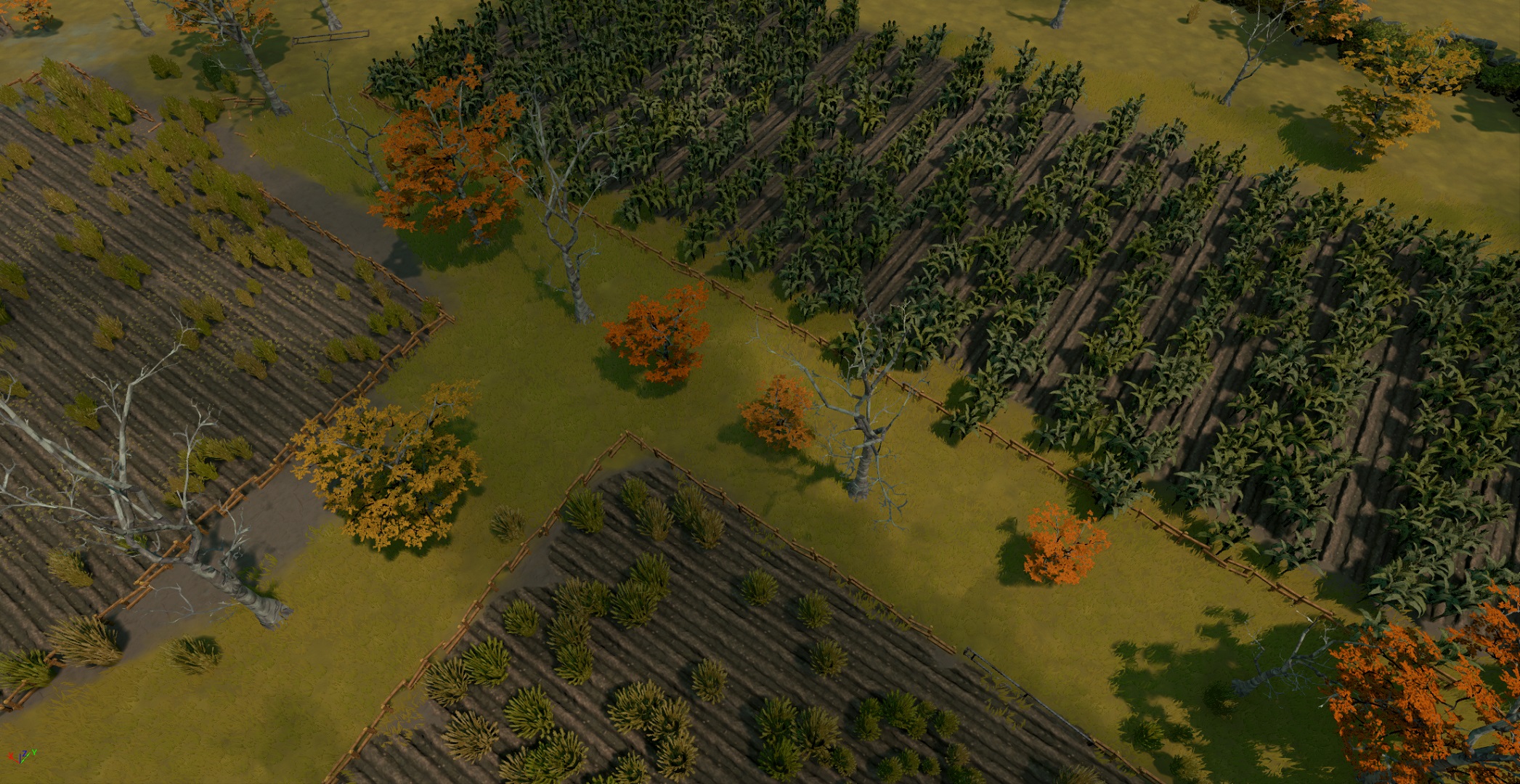 The idea of introducing a Grenade Launcher into the game came up when brainstorming about new tools to give to players to fight groups of infantry at range (but not extreme range). When we balanced the anti-structure capabilities of the Mortar a few updates ago, we also reduced it's usefulness as a low barrier, projectile based anti-infantry weapon. We hope to bring back some of that functionality with this accessory. 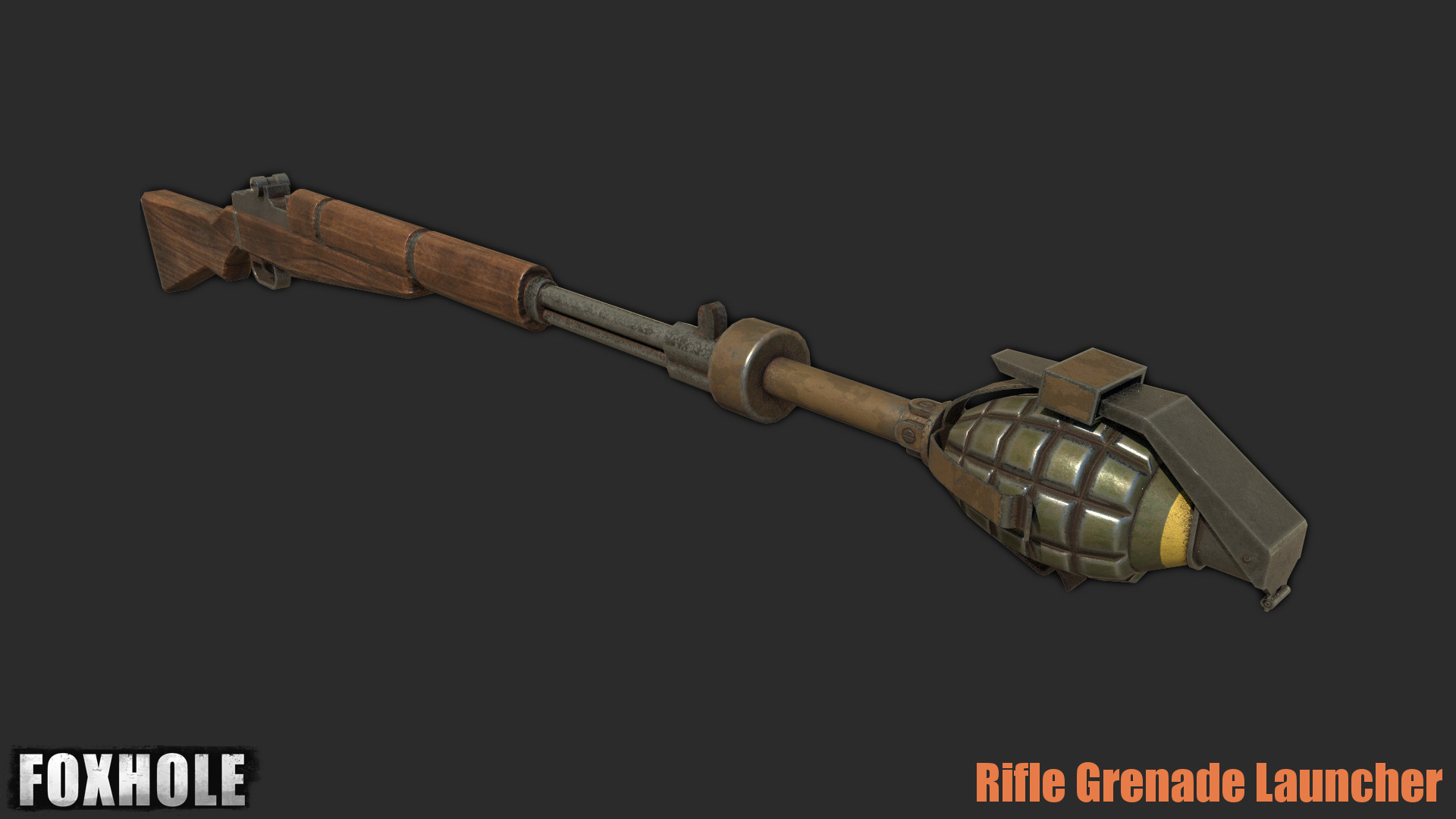 The Rifle Grenade Launcher is inspired by the M1 Grenade Projection Adapter, which was able to load and launch regular hand grenades. In Foxhole, the Rifle Grenade Launcher will be an accessory that can be equipped to Rifles. Once equipped, the Rifle can be switched to fire Grenades by toggling it's Fire Mode via a key press. As a side note, this feature will open the door to other possible weapon accessories and Fire Modes in the future. Grenades thrown with this accessory can reach distances further than those thrown by hand. Initially, the Rifle Grenade Launcher will be compatible with Frag Grenades. We are also exploring the idea of allowing it to be used with other grenade types like Smoke and Green Ash.

This idea of Musical Instruments as usable items is a concept that some of the artists on the team have been excited about in the past. In fact, Adam even took the liberty of modelling these assets during off hours since he knew this wasn't in any way a priority feature. The discussed ultimate version of this feature would allow players to actually craft music from within the game. Seeing how creative the Foxhole community is, we wouldn't be worried about this feature being underutilized.

It's uncertain whether or not this feature will ever make it into the game, but I thought it'd be an interesting concept to share given how much some players in the community like to role play in Foxhole. I think the idea of instruments definitely fits the theme and mood of Foxhole, but it's level of importance at this phase of development is obviously low. At the very least, we have some extra props to dress up future environments :). 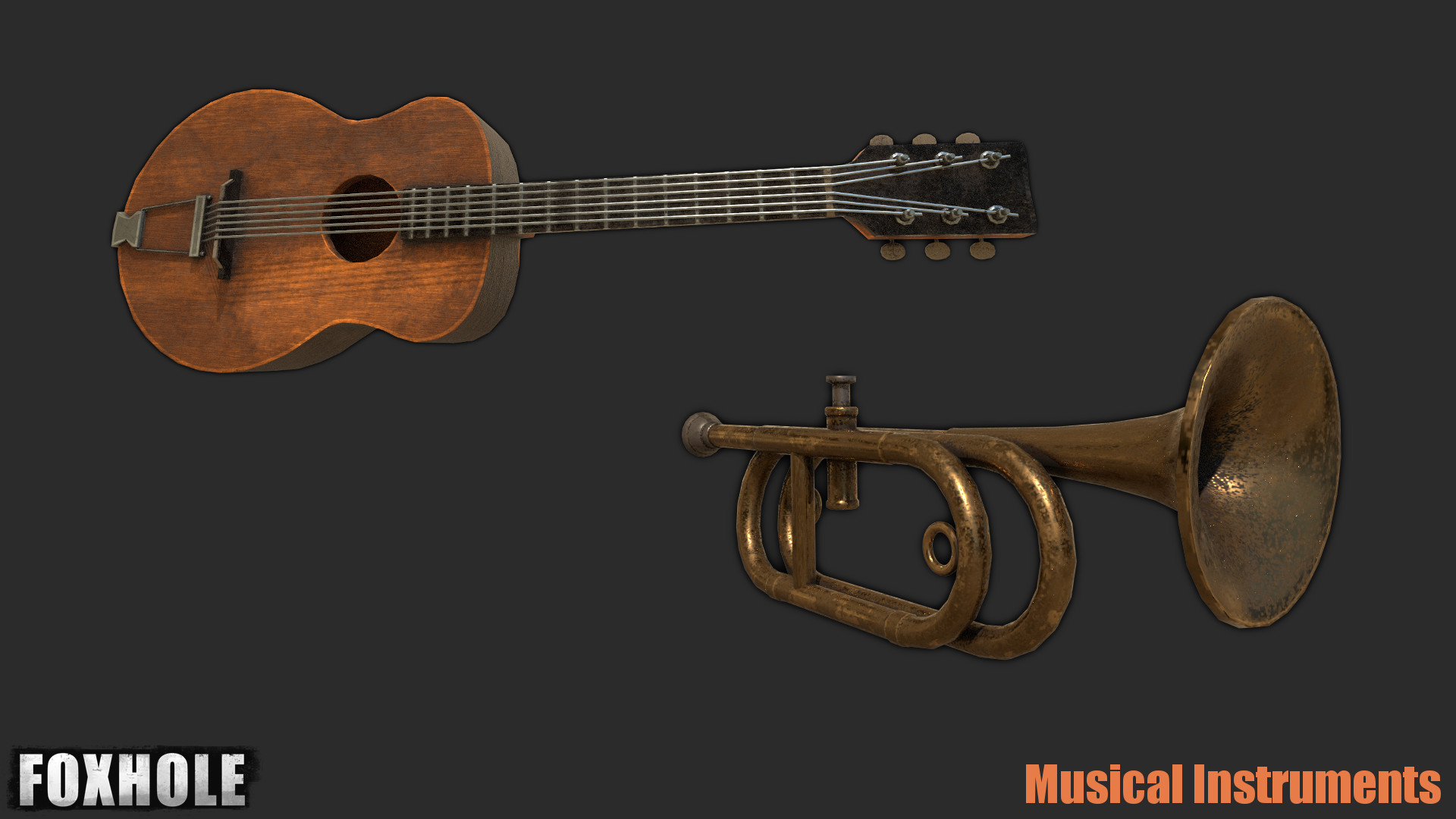 Musical Instruments would be a cool feature for role playing, but isn't a priority feature right now