Post news RSS Warcraft: Guardians of Azeroth 2 - Developer Diary №4 - To the Dark Portal and Beyond

Warcraft: Guardians of Azeroth 2 - Developer Diary №4 - To the Dark Portal and Beyond.

The Dark Portal appears as a building in the Dark Mire province, in the center of the Orcish Horde, under the rule of Gul’dan. As a building, it grants development growth, levies, and taxes due to bringing in resources from Draenor. The fort and garrison bonuses are required to make the Portal a difficult target. Only natives of Draenor can receive the Portal's bounty. For other races, it will be inactive. 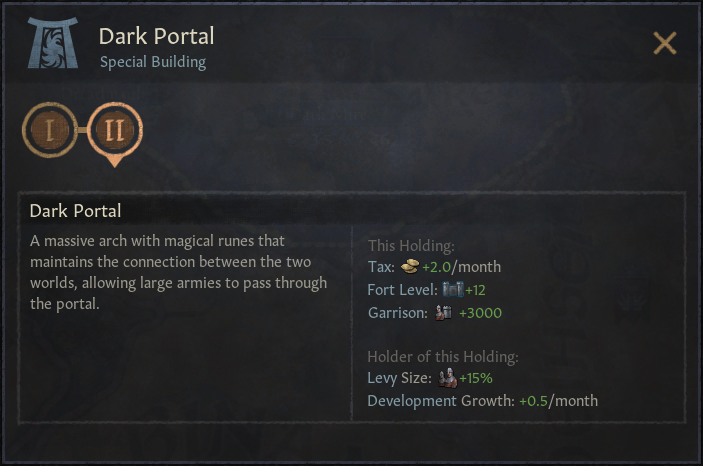 The influence of the Dark Portal is not limited to its holder. As long as the Portal exists, Draenor races will periodically slip into Azeroth looking for a new home: orcs, ogres, draenei, and even the arakkoa. Who knows, maybe they'll get a title for their services to the crown... or perhaps you will find the son of an old friend. 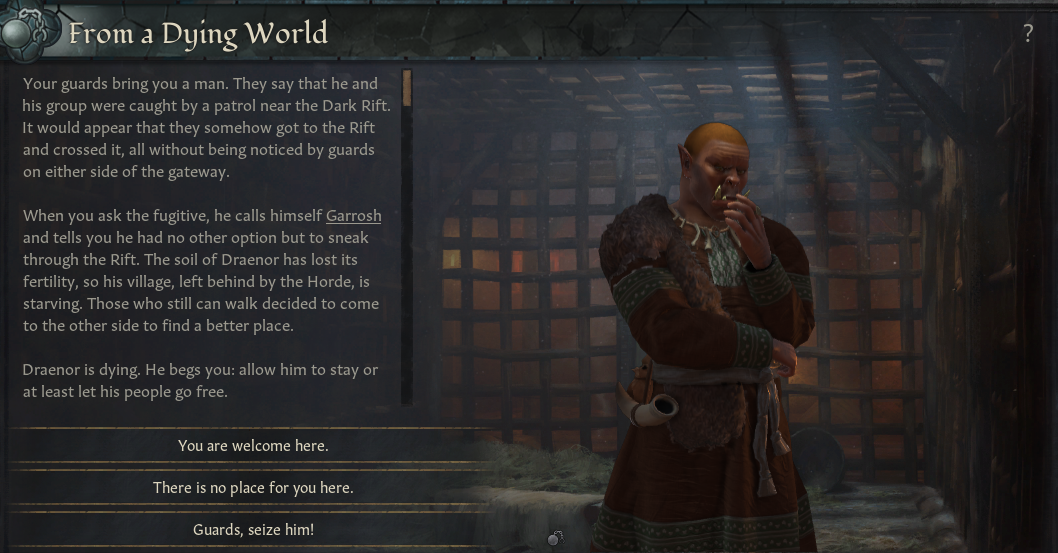 But not all refugees will be peaceful. Some will have troops and a strong desire to seize new lands. As the holder, you will have the choice to stop them, or look the other way and let them through. Eventually, they will find a weak target somewhere in the Eastern Kingdoms and settle down. 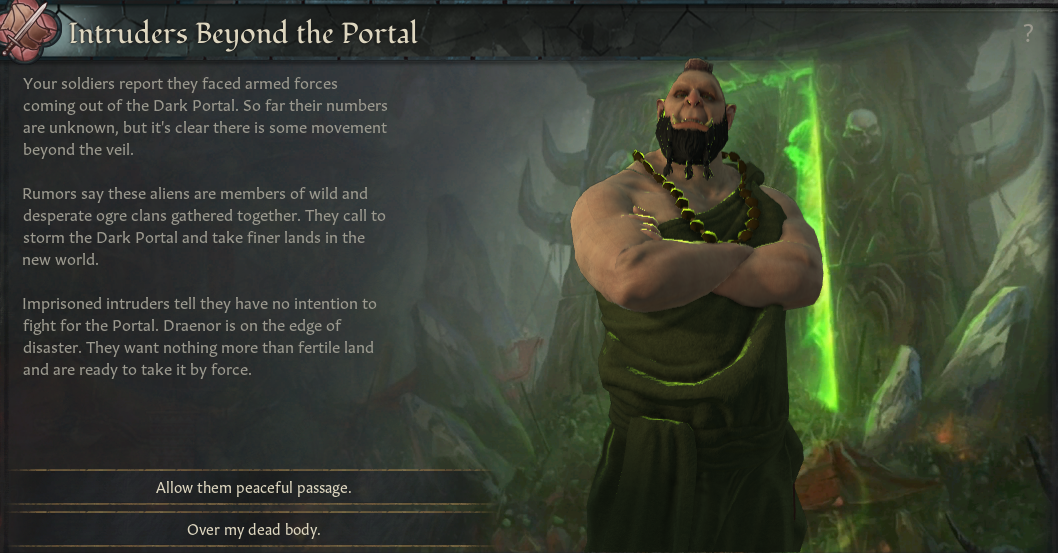 Of course, Stormwind and other Azeroth natives won't like adventurers coming out of the Dark Portal. Thus, there is an option to destroy it after a successful siege, or if you win a war. For this reason, the Dark Portal grants an enormous defense bonus. Upon its destruction, the Dark Portal building turns into the Dark Rift, which no longer gives bonuses, but leaves a very rare chance of Portal events firing. 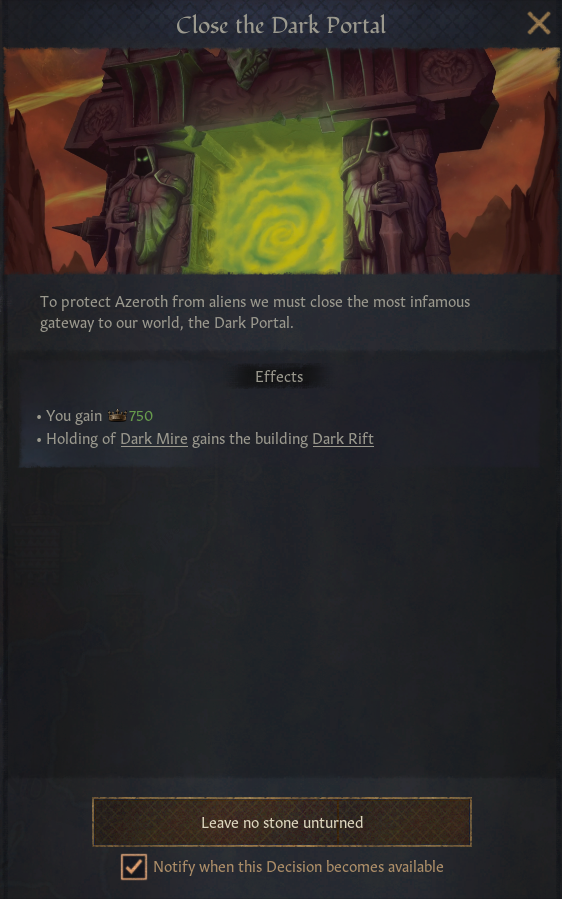 The “Beyond the Dark Portal” event is the biggest of these. It occurs when the Dark Portal is under the control of Azerothian natives, which prompts Ner'zhul to open countless rifts looking for a world where the orcs can find their new home. It begins with Grommash Hellscream arriving in Azeroth for his mission and eventually going into hiding in the dense forests of Lordaeron. The Portal's overseer makes a call to allied realms. So if you're a member of the Alliance, everyone in the Alliance gets a call. They may provide knights, go by themselves, or ignore you. 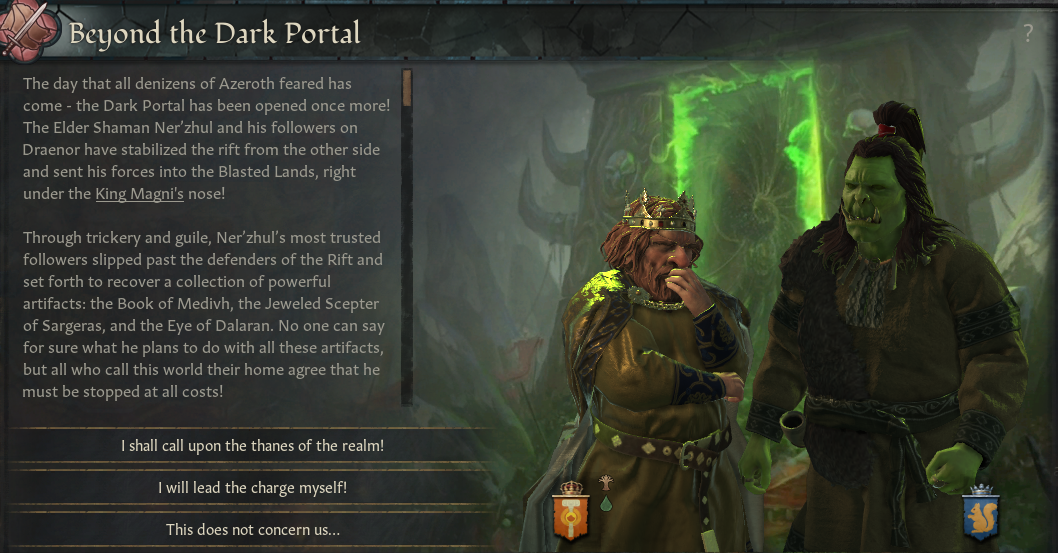 Finally, you form an activity where you can see all of your teammates for the event chain. Among them, your leader is chosen: a character with the highest martial skill (usually a player). Only the leader is able to make decisions while others can only react to the leader's actions. Also, the leader's martial skill affects your performance in battles.

Since we don't have Draenor on the map, the battles happen in events. Depending on the difficulty, you and your teammates may be wounded, injured, or killed. So the next event may become your last if you don't have a high enough prowess. 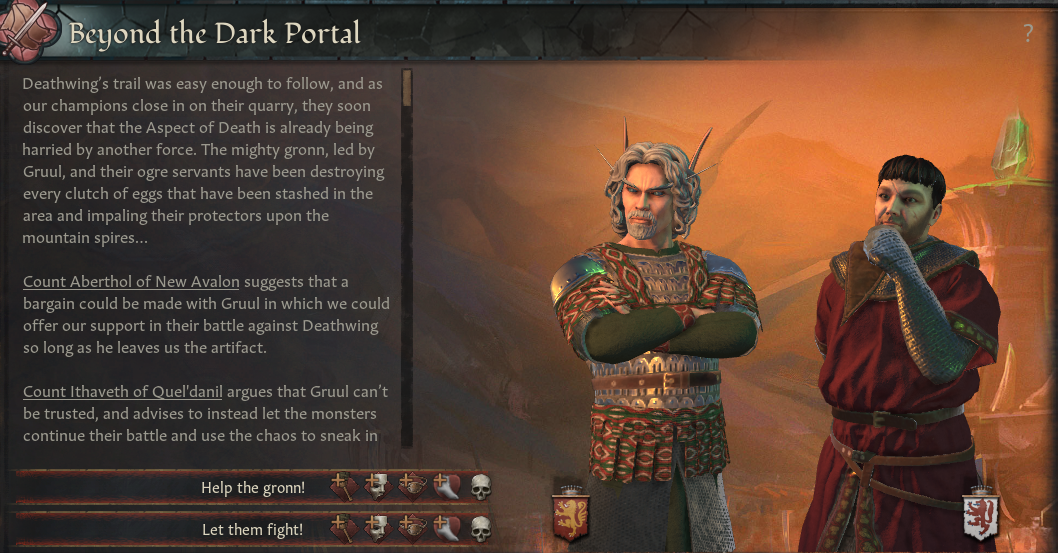 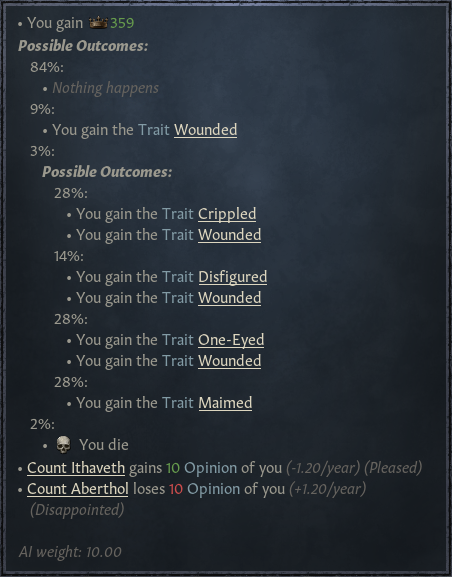 In the end, you destroy the Dark Portal from another side, locking your expedition on Draenor and earning dynasty prestige for your sacrifice. However, we've added an option for players to slip through the Portal at the last moment to save their own skin. Though such a cowardly act will be difficult to wash away. 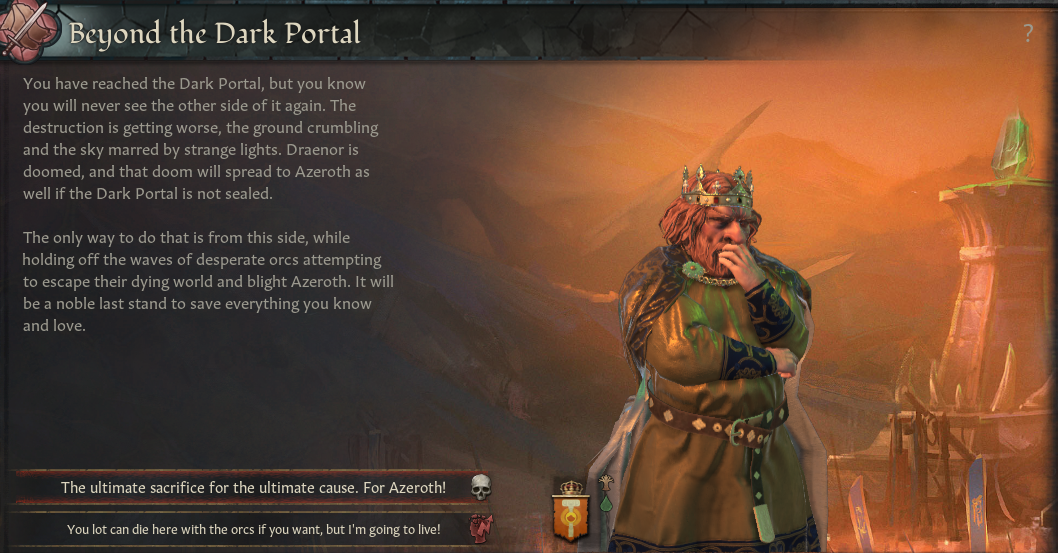 If you would like to view the entire event chain, we have it in this Album.

That's all for now. Thank you for your attention! Will be waiting for you in the next teaser or developer diary! Zug-zug!

I want to remind you that the mod is still WIP, so you can support us by Patreon or Joining the Team. If you have passion and patience, we can help you to learn the fields like 3D models, map, and scripting, bringing the mod closer to release.