Hello! Since we've implemented basic orcish genes, we are finally ready to show what we've done on the storyline front covering their invasion.

Hello! Since we've implemented basic orcish genes, we are finally ready to show what we've done on the storyline front covering their invasion. Just like in CK2, the first start date introduces the Horde Invasion of Azeroth. Due to some mechanics introduced in CK3, this invasion will be much more aggressive: it is possible for the Horde to conquer the entirety of the Kingdoms of Stormwind and Khaz Modan in 10 years. The Horde should engage in non-stop war against its neighbours until it reaches the Thandol Span. 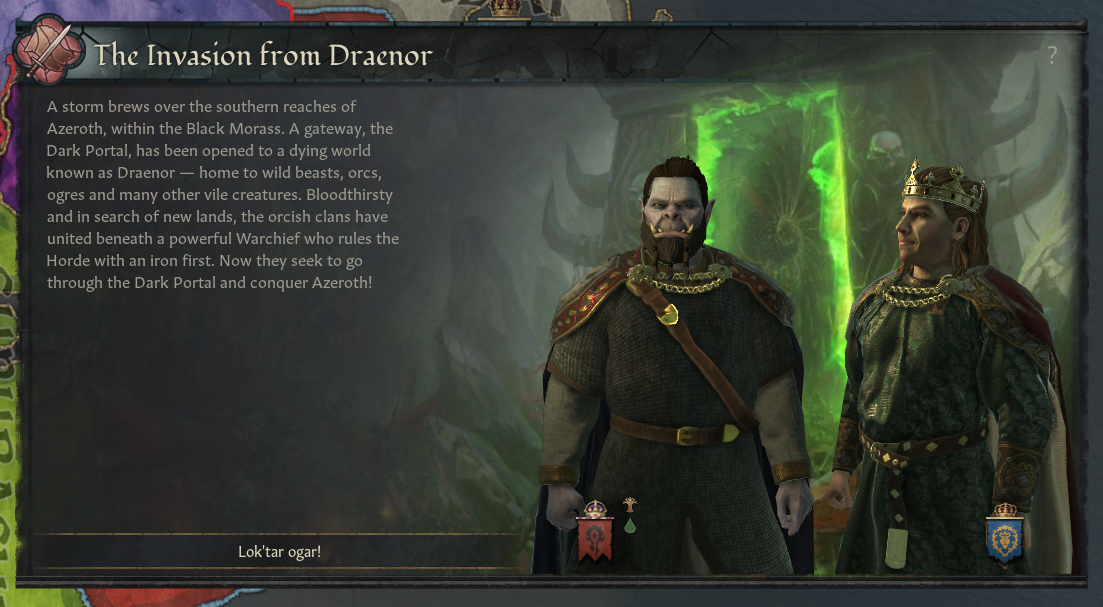 Though... here come the nerfs. Since the Horde initially consists of orcish tribes that have united to conquer and preserve living space for the orcs, once the Horde gets big enough, roughly when it takes Grim Batol and Ironforge, the clans announce their independence from the Warchief. It should prevent the Horde from blobbing further to Lordaeron and create an interesting political map on the ruins of Stormwind and the dwarven kingdoms. 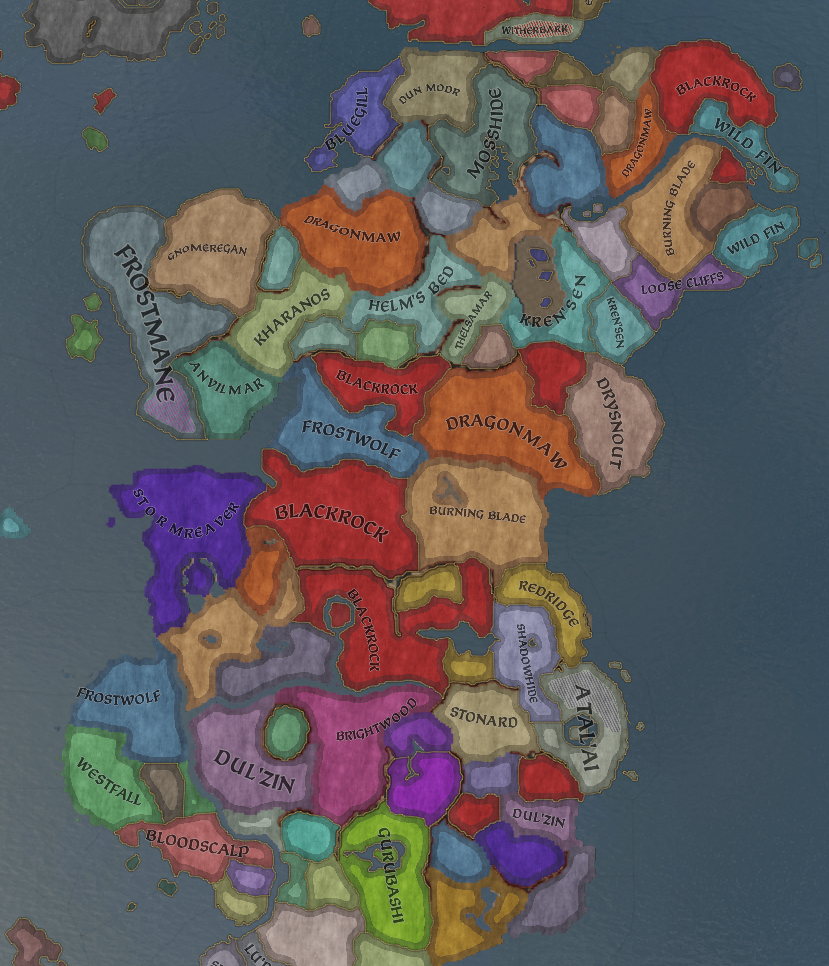 To make this political map even more colourful, there's one more change coming. Using the special CB, the Horde gifts 50% of the conquered duchies to the strongest clans. Thus, it should be harder for the Warchief to build a realm with one clan as the dominating culture. Also, it works as a good way to provide a major territory for tribes that are invited much later such as the Dragonmaw and Burning Blade. 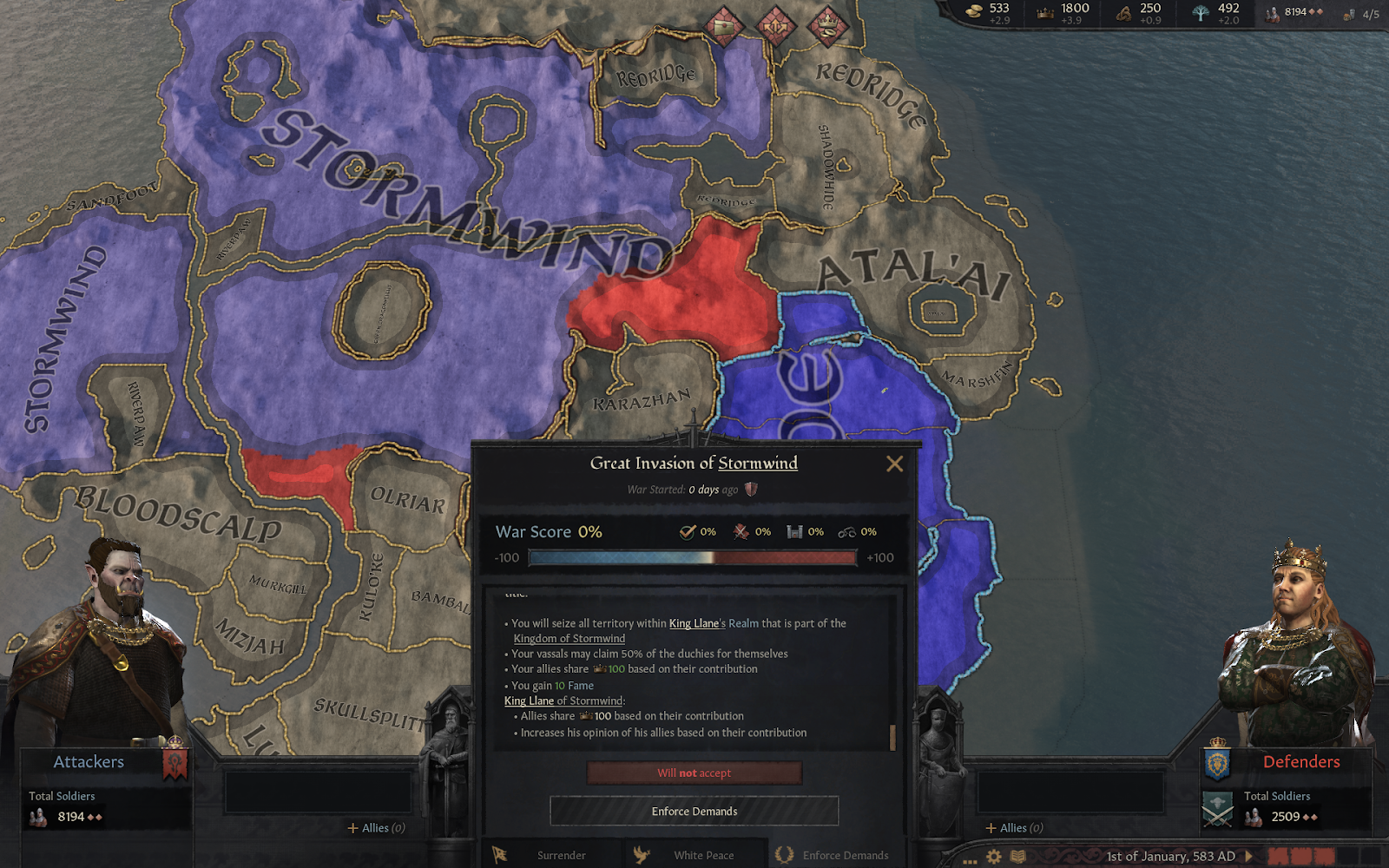 And finally, an orcish martial democracy! The orcs will have access to elective succession. All the historical clans and the Horde will have it from the start, but it will be possible to enforce it in the laws. In this system, the powerful vassals, knights, and marshalls are likely to vote and be elected. And since these are orcs, candidates of high martial and prowess have the best chance of being chosen. 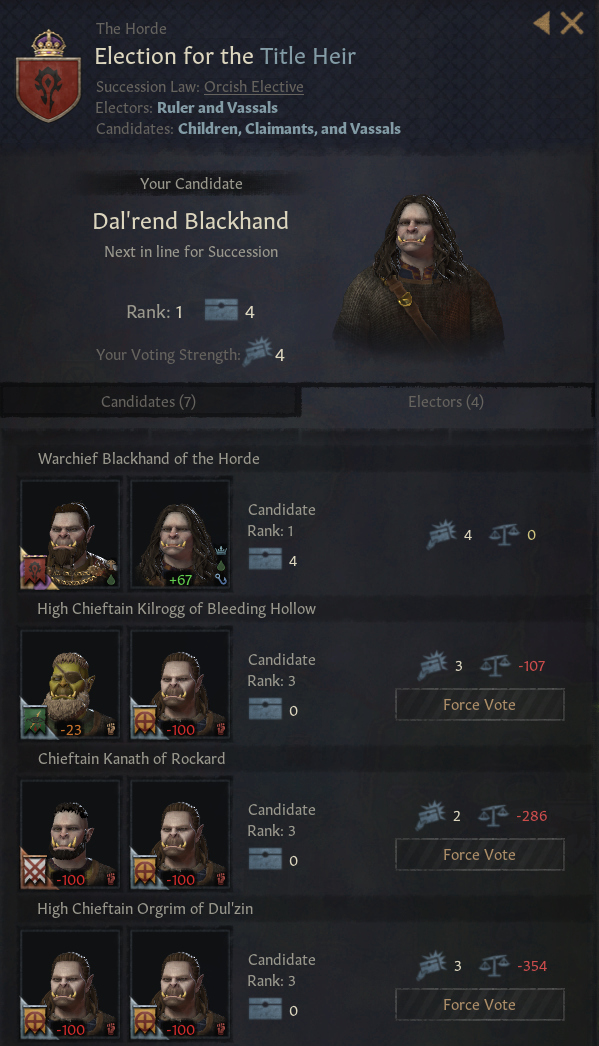 Thanks you for your attention!