Hey everyone, and welcome to the first released mod for the original Warblade on ModDB! Read on to check out graphical changes, a video in action, and a changelog, as well as a little personal anecdote about the game/mod.

Warblade came out in 2003, and I remember playing it with my dad fondly. It's one of the earliest games I actually remember playing, and I spent hours chasing secrets, getting better, and hunting down all the ranks I could. Whilst the elusive Sol God Rank has never been on my profile, I still whiled away hundreds or even thousands of hours over the last eighteen years revisiting Warblade again and again. Now, as an adult and experienced modder, I asked the question every modder asks - can I add to this game somehow?

Warblade II was a project I watched in anticipation, but when the sad news of Edgar Vigdal's death reached me, I was heart-broken. It was deeply saddening to hear the creator of one of my childhood games had passed, and without seeing his creative legacy through. For many years, Warblade has languished without official word as to the sequel. In light of this, for my modification, I sought to try and restore some of this content into the original and put my own spin on a number of graphical changes that I feel, if nothing else, freshen up the game many may've spent decades playing. To ensure I was respectfully doing this, I got in touch with one of Edgar's close friends and co-workers, Simon Quincey, to discuss the usage of graphics and the creation of the mod. With his blessing, I powered on and created the full mod, alongside assistance from Iridum77 for technical support (a role he regularly performs on mod projects of mine) and Entity37/Sam Warren as the announcer for the action-focused Announcer Pack 3. With the story of how this came to be out of the way, check out the changelog below for a look at what to expect in Warblade: Tribute:

- Changed borders to resemble those seen in MK2 pre-release material. Easy and Hard have versions based off the YouTube "industrial" preview whereas Normal and Ace have borders based off of the pre-release logo renders 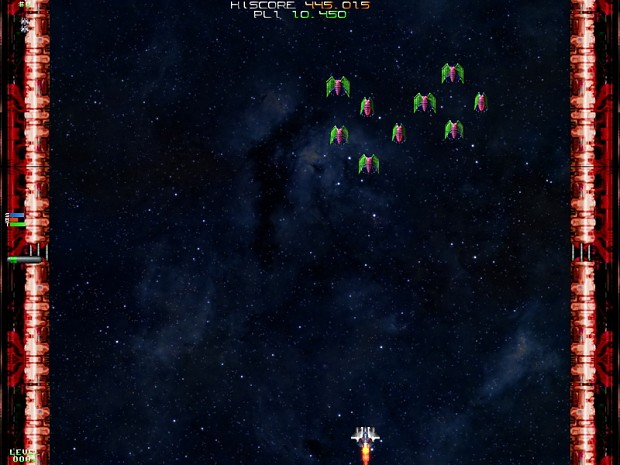 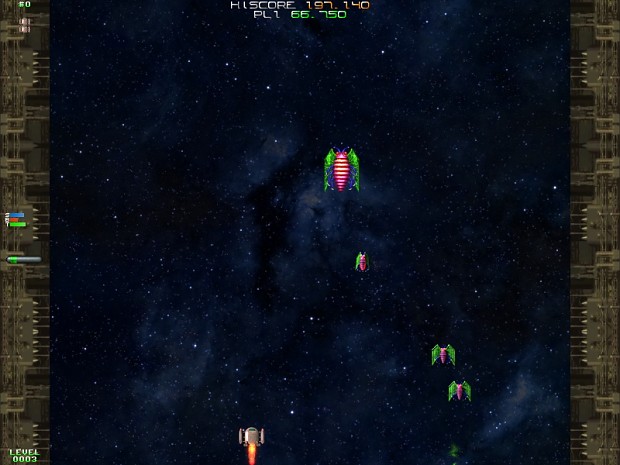 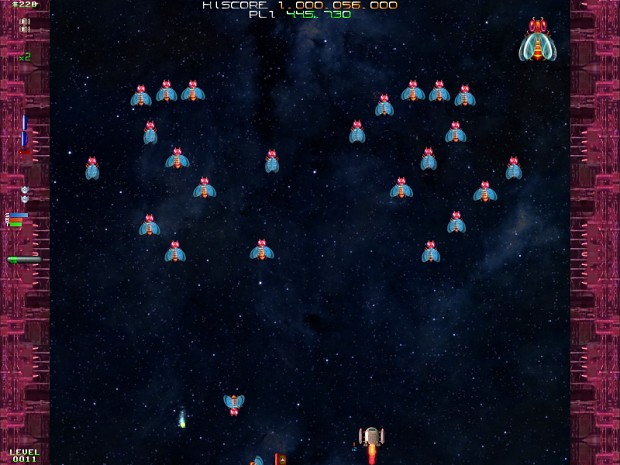 - Changed "wasp" motherships to resemble remastered sprites, and recoloured the smaller aliens to be more fitting 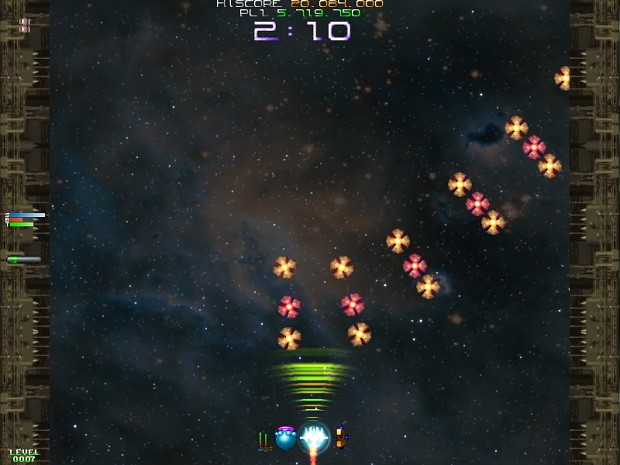 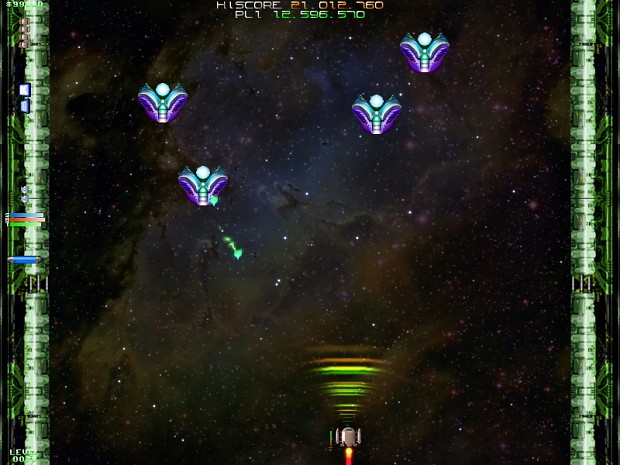 - Changed "V shape" motherships (in the last 10 levels or so) to resemble cut sprites, and the normal aliens received minor recolours for consistency 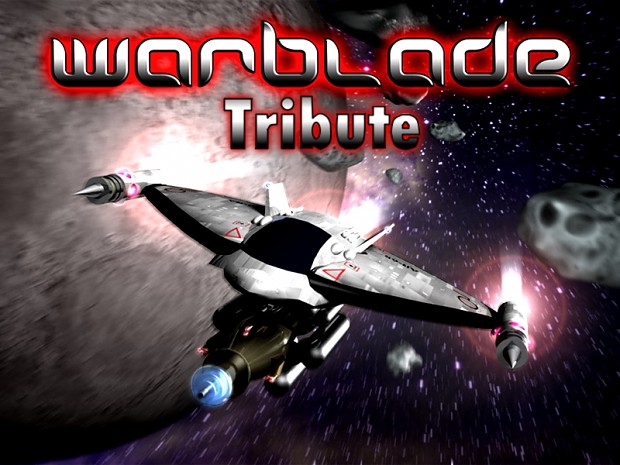 - Changed splash screen to have the mod's title 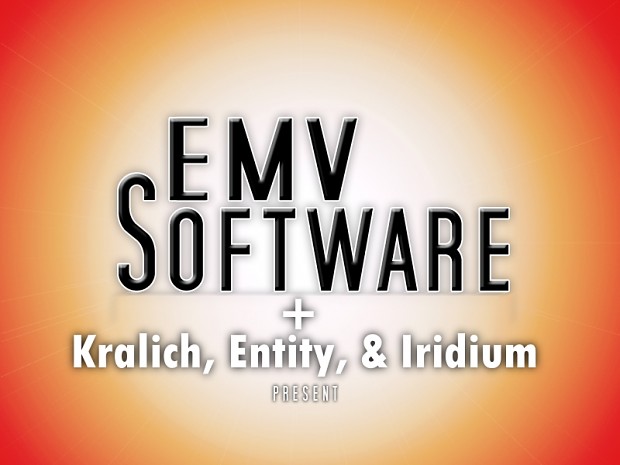 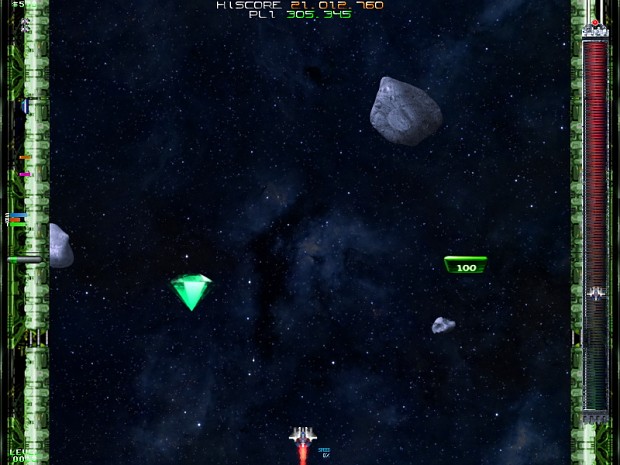 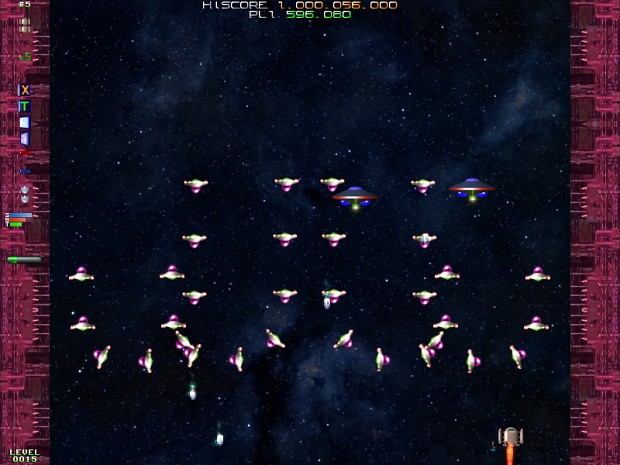 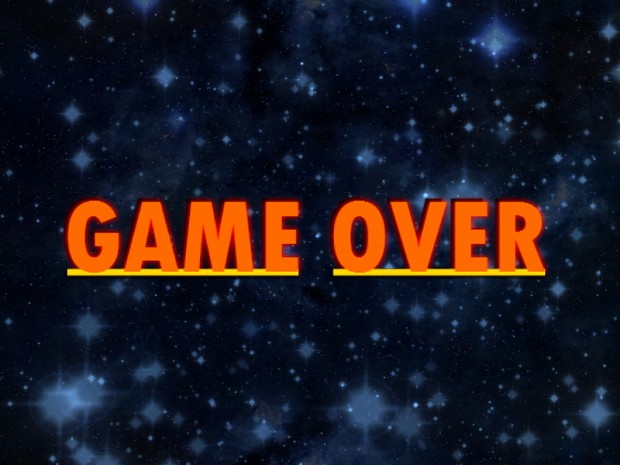 - Remade the gameover text in a different style

- Changed bronze star to be more bronze and less orange

- Changed a few of the noticeably lower quality sounds

- Made arrow pointer a little smaller

Warblade was a huge part of my childhood, and it was super rewarding to revisit it for this mod. I know I'll be sinking another chunk of time to trying out the game again, and be sure to leave a review if you do play the mod! If you have any bugs, feel free to report them, and I will try to fix them soon!

to be honest, after Edgar had passed I never expected anything further to be published with regard to Warblade or even Warblade MK II. I was always in close contact with Edgar during his development of Warblade (although not being a coder myself...) and always highly appreciated his work.

I also was a pledger on Ulule for Warblade MK II (even with quite a large amount in order to get a personal wish realized...), but unfortunately, Edgar's passing prevented any further progress...

So I'm not only deeply surprised, but also VERY HAPPY to see now a tribute, and that there are enthusiastic programmers who have already (surely) invested a huge amount of time in order to code the tribute game.

Guys, I can only hope, that you keep up the good work and go further with that project. My STRONG suggestion: Go ahead and do a crowdfunding in order to code and release an even more advanced "Warblade 2.0". I will guarantee you, that I will be the first one who will pledge for such a game... 👍👍👍😍😍😍

Hey there! I'm really glad to hear you enjoy the mod. It was a personal project for me and I loved making it. I don't currently have plans to take things further, but when it comes to things like this, you never know what'll happen next. This tribute's a little bit like a middle-ground between Warblade and Warblade MKII - following the development, I'm sure you'll recognise a lot of little things that were implemented with inspiration from the publicly released materials. Thanks again for the support :)

Hi again! Have you ever considered to participate in the "Top 100 Mods of 2021" competition? You will get my vote for sure!!!

Hey again! Unfortunately this mod is quite small and so is the target audience - as a result I don't think we've got a shot at the awards, but I really appreciate your support anyhow! Hope you're doing well and have a good Christmas :)

I'm a big fan of this game too and played it a lot during my childhood. I recently played again and it made me want to try and modify it to improve it and add new features. So I tried to look if someone had already done it and I found your work. Do you think that we can get in contact ? I would like to know how you did to modify the game so I can try myself and maybe work together :)