A new, much improved mod installer is now available. Please vote Dreamcast Conversion for ModDB's Mod of the Year!

If you like Dreamcast Conversion, please vote for it to help it become Mod of the Year on ModDB!

Dreamcast Conversion was released on December 23, 2016 and is nearing its first release anniversary. It surely has been an exciting year. Although the main work on the project is complete, our work is never done! There are still many things that can be improved in DC Mods and, as you can see from the changelog, even after the last big release there've been some updates. Stay tuned for those Dreamcast Christmas DLCs, by the way - they're coming!

Also, as of 1st of December 2017 the mod's page has been visited more than 40000 times with over 9600 downloads. So if you like this mod, please vote for it on ModDB and help it become Mod of the Year!

To vote, go to the mod's main page, scroll down a bit and click "vote for this mod".

I have released a new build of my installer, which features a much improved UI and a new self-update system that allows you to update the mods before installing them!

I hope you like the new installer, and I would love to hear your feedback! Please leave your comments on the main page, on the installer's GitHub issue or on my Twitter. And don't forget to vote for Dreamcast Conversion on ModDB if you like Dreamcast stuff!

Here's a list of new features for this build:

The installer has been redesigned around profiles that require minimum user input for a very easy install process, and a Custom profile for advanced users who want to set things up manually. 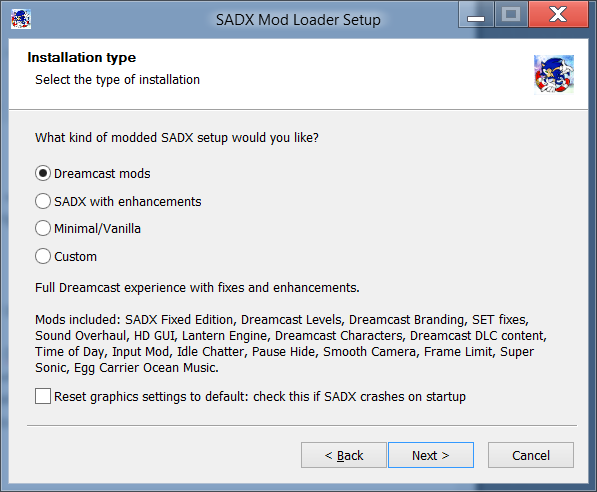 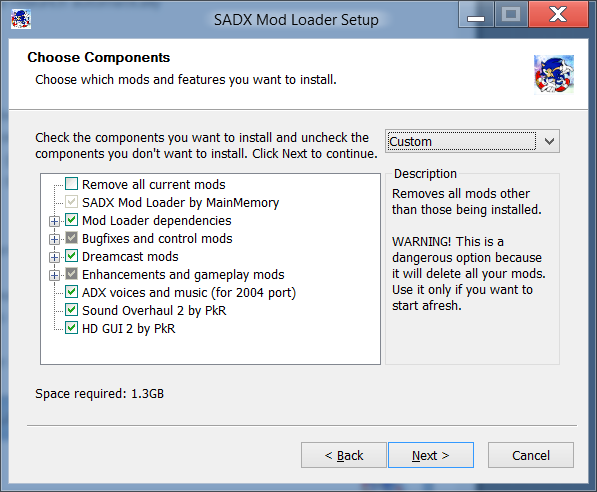