I bought Unity Pro, overhauled the UI and added some post effects.

This week I shelled out for Unity Pro so I could get my hands on those sweet post effects and boost my optimization efforts using the profiler. 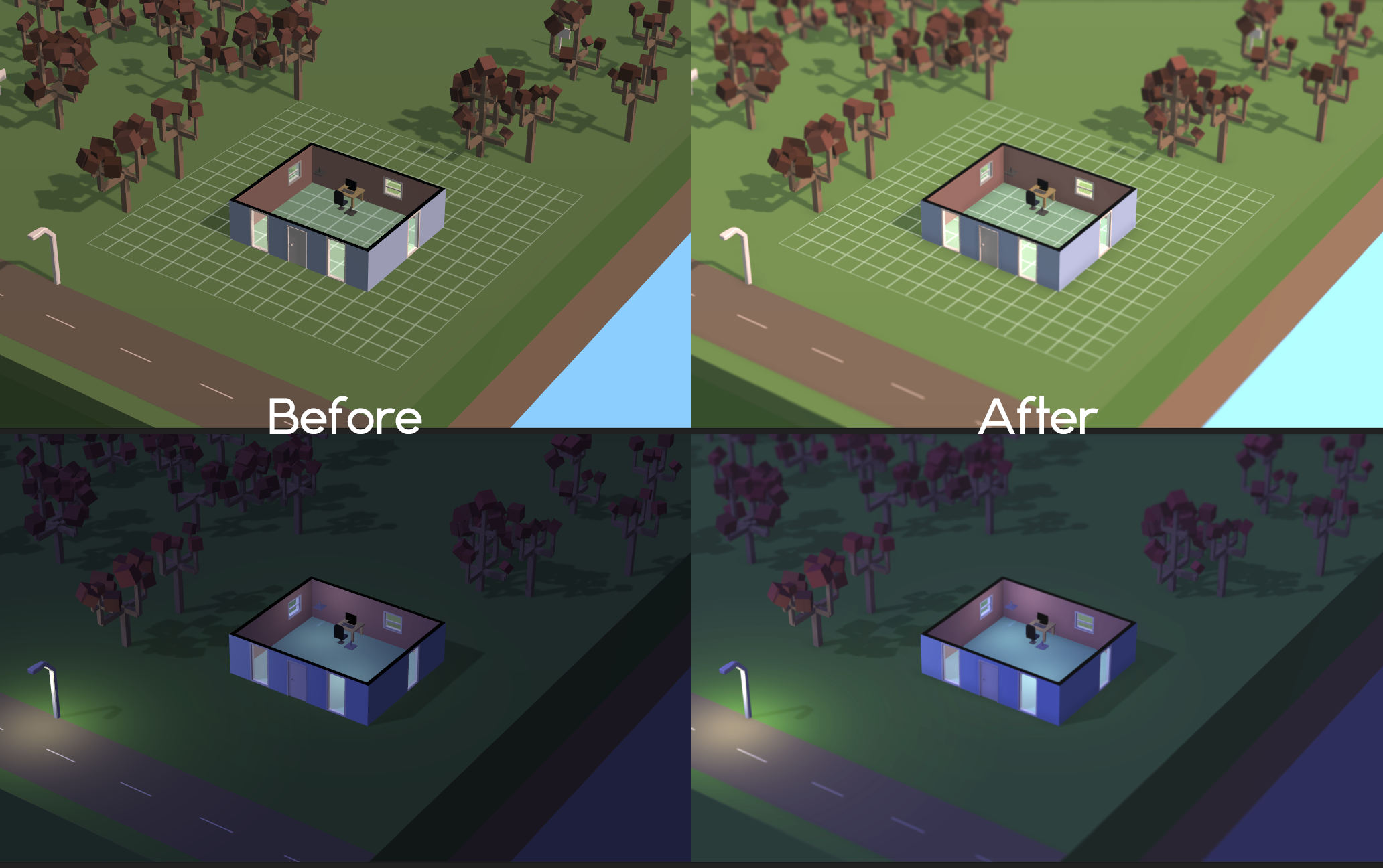 This is a before and after picture, after adding the post render effects from Unity Pro. I’ve added ambient occlusion, better anti-aliasing, tilt shift blur and color correction using a look-up texture. The effects of the color correction are probably most noticeable in this picture.

The process of adding color correction was pretty cool. You use a texture(link to a contrast enhance from Unity’s manual), overlay the texture on some pictures of your game, play around with the levels and saturation in your favorite photo editor and, finally, import the resulting texture back into Unity, so it can see how you altered the colors. 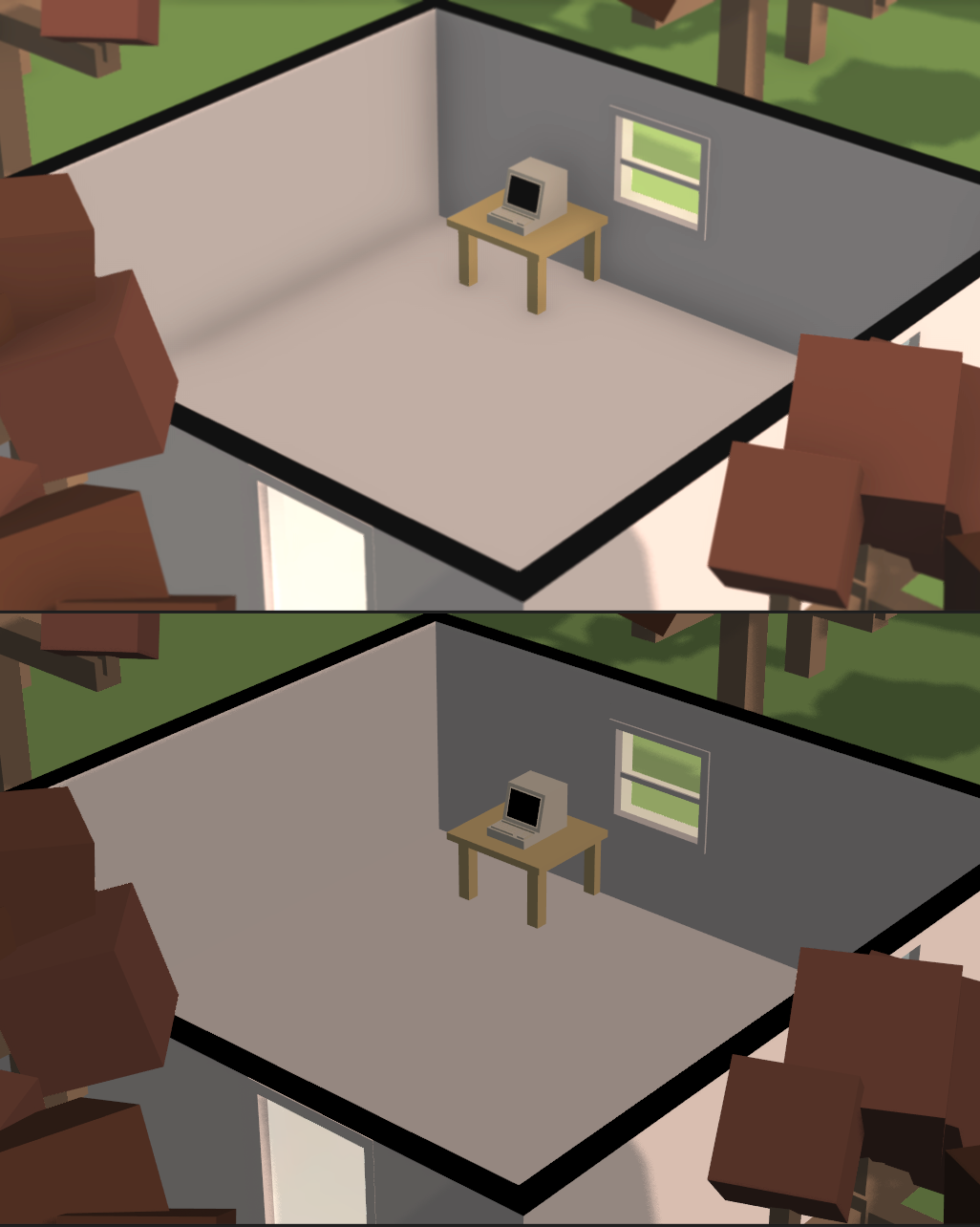 This picture shows how important ambient occlusion is. In the bottom picture it’s hard to tell where the wall stops and the floor begins.

I also began reworking the user interface using Unity’s new Canvas system. It took me about 11 days to re-create all 22 windows in the game, but now most of the windows are resizeable, which is a big plus. On top of this, I completely overhauled the bottom area of the HUD, all buttons are now grouped and you can search for furniture to build, Sims-style. 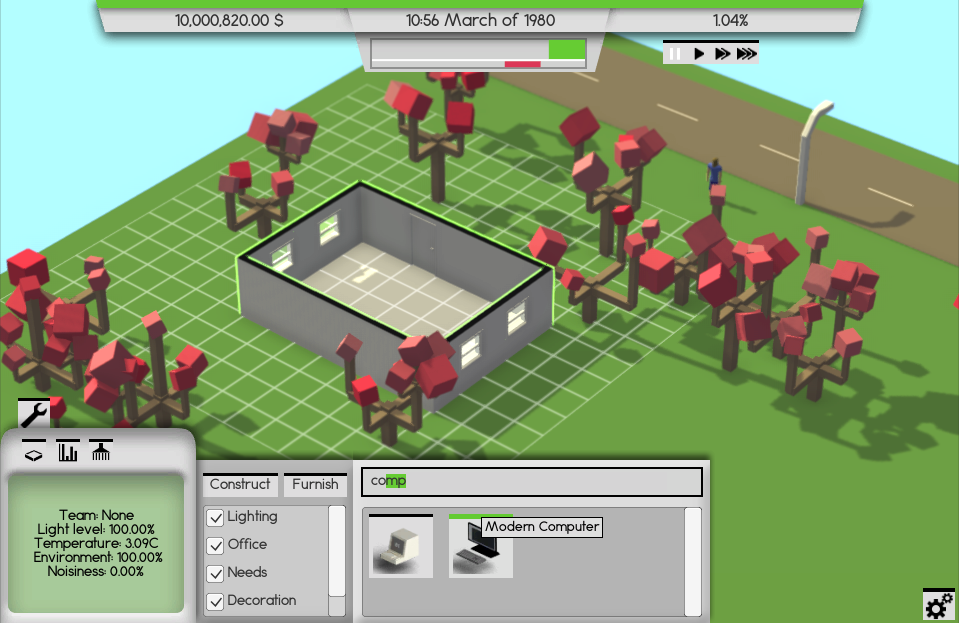 In addition, I added a temperature system, which requires you to build heating and ventilation to regulate room temperature and added some cool data overlays, so you can get a quick overview of the state of each room in your office building.

Switching to data overlay mode to visualize the lighting condition of each room.

Insurance policies are also implemented and coming up in the next update, which completely changes the hiring mechanics. More on this later.

Finally, I’m on track to release the alpha build soon, there are still two to three subsequent pre-alpha releases, you can follow the progress on Trello. I’m currently waiting for an approval of my application for a bank account for my company, Coredumping.
When I have a place to put money, I will start selling the full game and, if it still exists, start a Greenlight campaign. I expect this to happen sometime in the next couple of months.

As always, the demo is available here.

looks nice i will try demo

Thanks for trying it out!
I will put up a downloadable demo as soon as early access begins. I expect it to happen during next month, but unexpected stuff might crop up.

nice so i have few suggestions - i will email to you