Dear Space Colonists, our monthly update of Imagine Earth this time adds a background story frame to the campaign and a new additional vegetation set. In addition we have changes in Resource Storage, no more fake AI on rounos, new flashy quest icons and other improvements.

Maybe you where one of those who perceived our planets as a bit too normal and not very alien-like. We had the same feeling for some time and saw chance to try something new in terms of vegetation. The whole set of forests (8 bioms + 1 underwater) is now being replaced on two of the six campaign planets to make their themes more diversified. It also triggered us to do another set of vegetation besides trees and mushrooms. Could be giant ferns or totally alienated, glowing crystal plants. Any ideas? 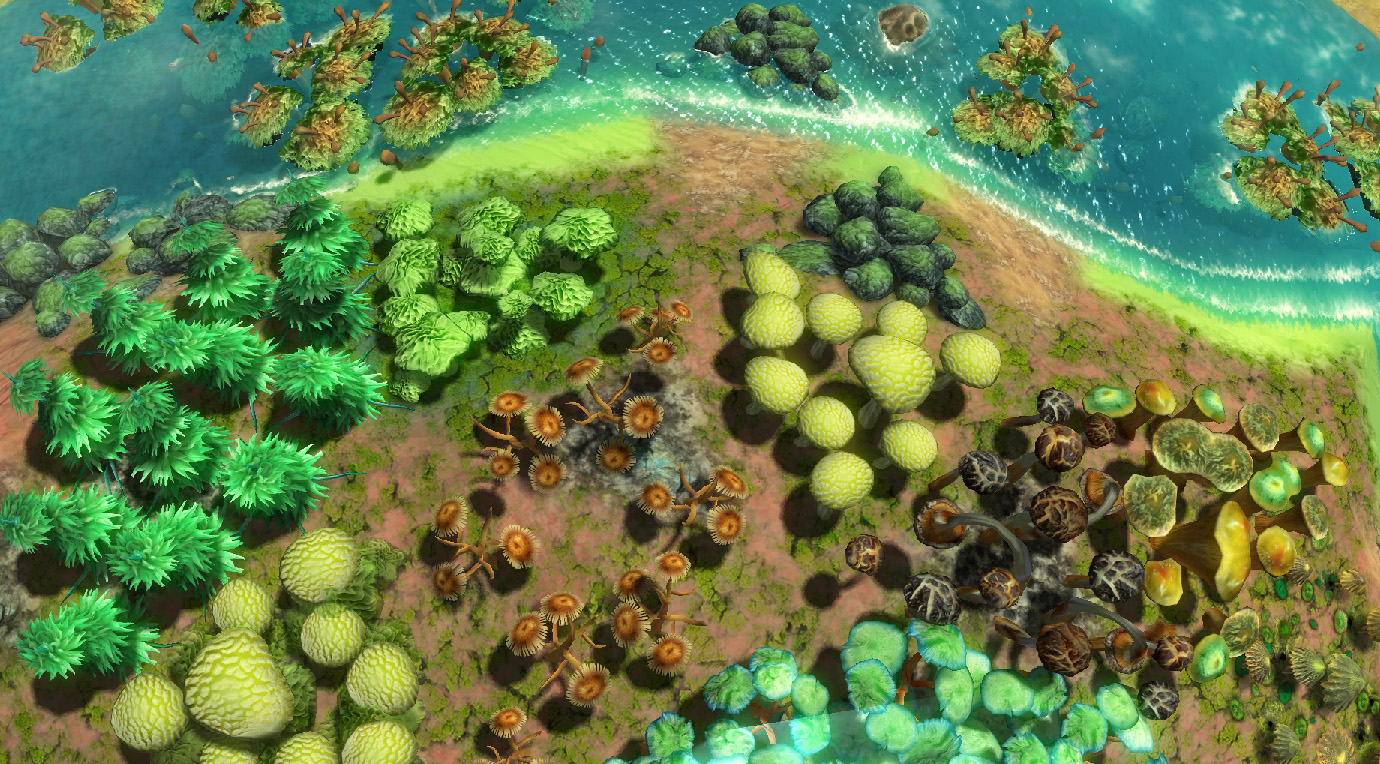 We heard it from time to time and felt the same way. The campaign was lacking a bigger context for the story. We have added this now in the form of cut scenes told in the campaign screen. This links all the missions to a big picture and a real goal that is followed by you and the other companies.

A minimum of 10% goods will always be put into storage if you prioritize a certain resource. That keeps you from waiting for a resource package you wanted to store when the production value of the resource is low. 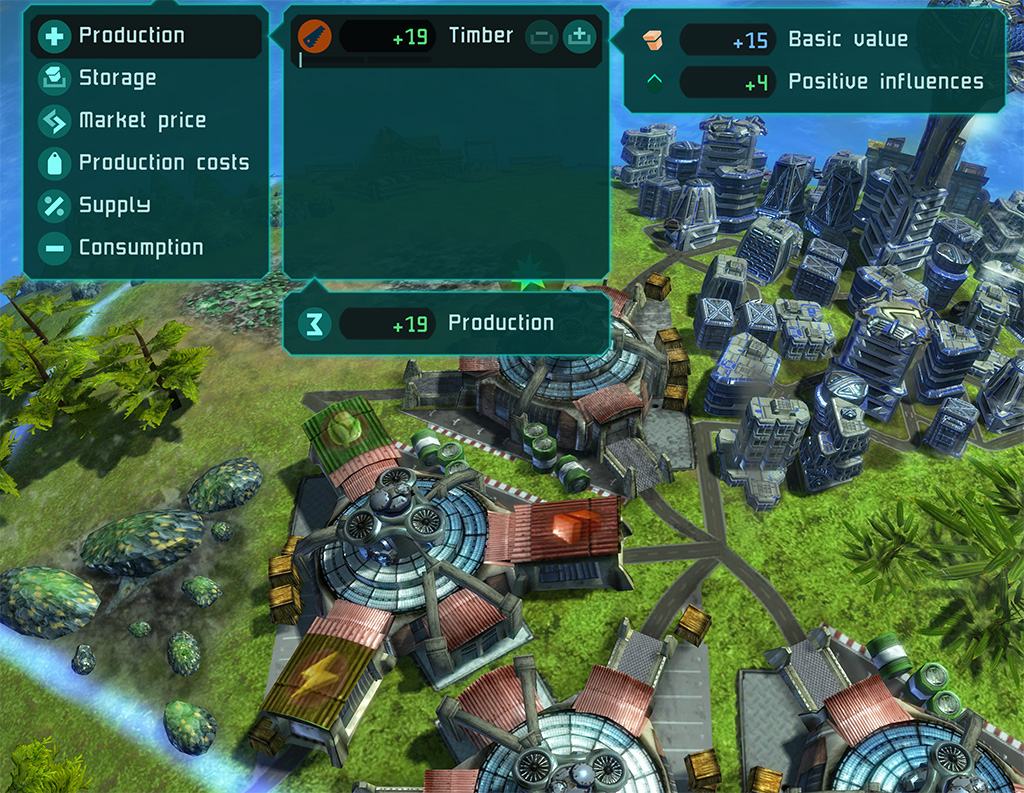 No More Fake AI on Rounos

On the Rounos mission we had a scripted enemy which could finally be replaced by our AI. In addition we have polished the mission on planet Rounos. There were serious balancing issues that are hopefully working out much better now.

You can recognize much easier when there are important events somewhere on the planet. Quest icons have pulsing markers around themselves. In addition these quests are arranged in an own line in the bookmark panel. You can jump to these Events simply by pressing TAB. 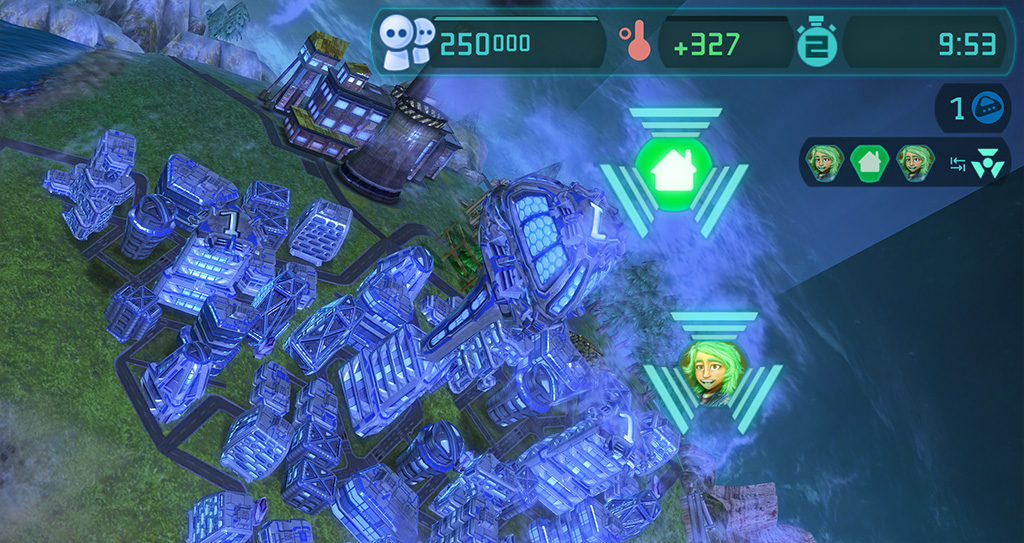