Approaching Cogmind's largest ever update, with tons of new features... and a new price :)

Alpha 15 is on the horizon! It's taking longer than usual, because it's also the largest ever update. Just massive. But the good news is it's mostly done, and it's about time for a progress report :)

I've always been somewhat annoyed at the long string of numbers that make up a random seed, so I came up with a fun to way replace them. Taking a cue from gfycat, Cogmind's random seeds are now actual words, or more specifically a combination of three words, two adjectives followed by a noun. The result of each is a fake item name, because the individual words are all sourced from the game's item list itself! It's pretty fun :). Sample list of random seeds: 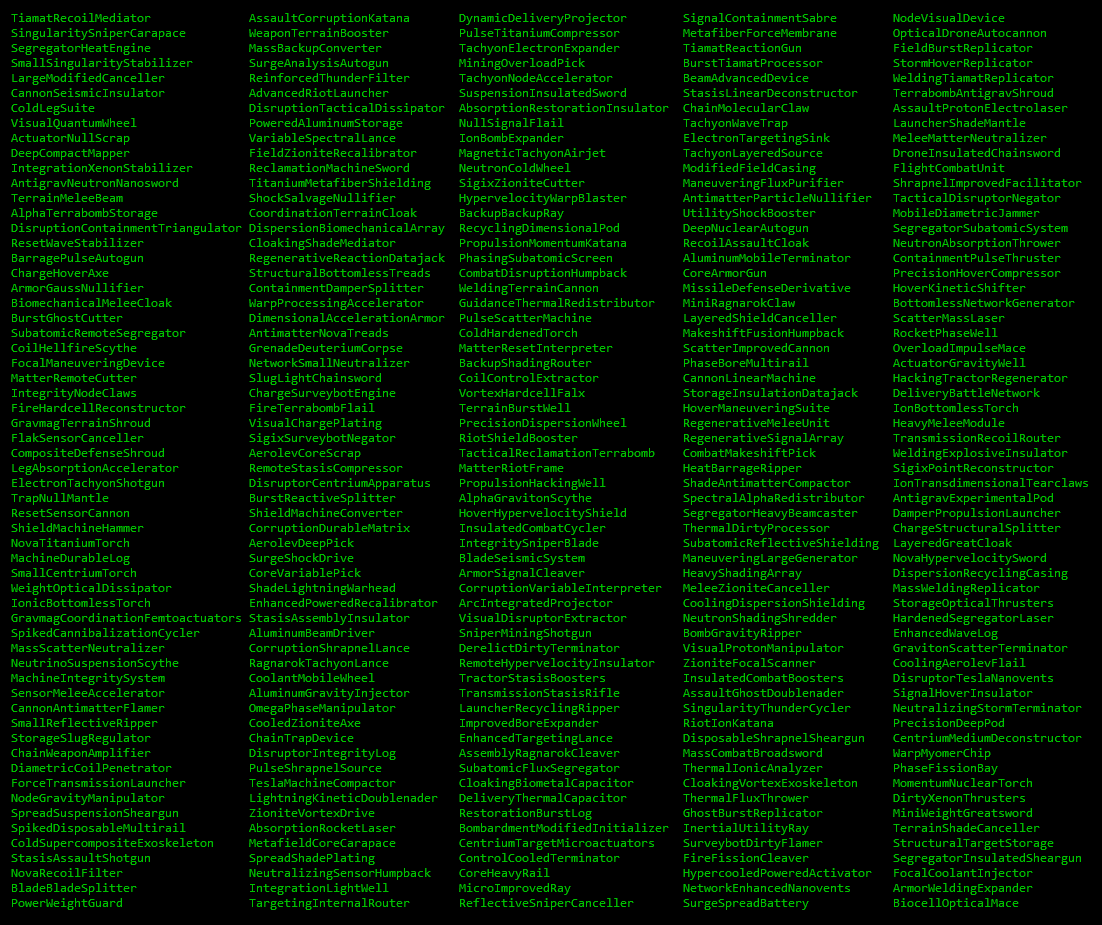 There are plenty of combinations possible so there is effectively no loss of randomness. It's just a better, more human, way to handle seeds. Plus I'm sure they'll be cause for the occasional laugh!

Alpha 15 includes an experimental "visualization for sounds you can hear but not see the origin" feature. Example:

"Seeing" a battle between allies and a patrol backed by garrison forces around the corner, including an exploding machine array. These are all sounds you can hear, but also shown at their precise locations, and color-coded by type.

More or less the same situation, but without the map, for comparison.

Content-wise most everything is pretty top secret, but I can at least show the art for some of the new items: 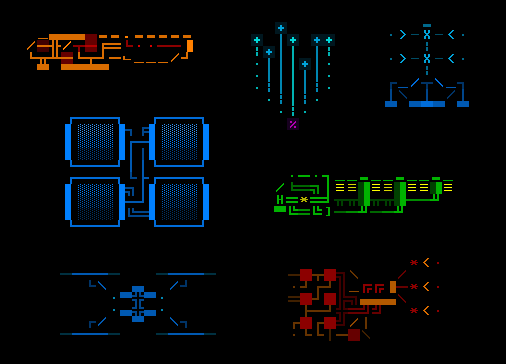 Sample item art. There are now a total of 846 items o_O

There are a couple dozen new items in all, seven of which have completely new mechanics.

On the non-secret side I've added a bunch of new challenge modes, which you can read about in this forum thread (updated OP). We now have eight, including also:

It's been a long road, but we're finally here--almost a year since it was last adjusted, Cogmind has been lowered to its final base price of $19.88 :D. That's now available on the buy page, along with a link to purchase as a gift for someone else (a feature that's been requested a few times before).

Once again, thank you all for making yet another year of improvements possible! I'll probably be doing some kind of second-year analysis going over the financial state of the project before we add Steam as a second option.

In behind-the-scenes dev stuff, I recorded a couple more gifs of what I was up to this week:

To address an issue where it was possible for observant players to game the turn timing system for a guaranteed free peek into a room without being spotted, for the first time ever I had to take a look at what the actual time numbers looked like in practice. So I made a visualization...

And while messing with drone AI I sent out an army of mapping drones :D

Go forth, my minions!

Next update will be the release notice!