Lots has been done to get VioFlem off the ground. Check back weekly to see what we've been up to.

For a long time we've been keeping to ourselves, working slowly but surely in the background. To those who have followed us from the beginning, we apologize for the obscurity. From here on out you'll be getting regular updates! This first one is going to summarize the past month and a half, so at least for a bit, this first post will have more content than usual.

Q.What engine will be used?

This is something we'd really like to apologize for. We've been really vague and flip-flop about which engine we are going to use with VioFlem. The decision to change engines both times has been with good reason. Happily, we're here with Source for good! Originally we were to be modding RAGE, which was fitting because we were familiar with the tools after working on Chex Trek for Doom 3. As id became more clear about its lack of modability, we started looking for another engine. After comparing engines, it boiled down to UT3 or Source. We went with UT3. At this point in time, nothing was in game obviously so the switch was easy. We continued to build 3D character models, assets, and plan-out/prototype the finer points of VioFlem outside of UT3 for a number of months. One day, entirely out of the blue, Dan911 sent me an email asking if he could join the team as a programmer. He had been working on an indie Chex Quest themed game and realized he'd get further by joining an already existing team. We said "Sure", and after a few weeks of him diving into Unreal, he asked if we'd be willing to switch over to Source, his favorite engine and one he had lots of experience using. After re-doing research and looking at the capabilities of the Source engine, we finally agreed. With Dan911 in his element, we've been getting closer and closer to releasing some serious gameplay adjustments.
So, what engine will be used? We're using the 'Source: Orange Box' engine, and that's final!

Q.What are we up to?

- A lot of preliminary coding hammering out the biggest changes in gameplay. The third-person camera. As soon as it's functional and up to our level of quality, expect videos.
- Building the player model, Private Chexter, and getting him rigged in game.
- Planning out the Combat Release map.
- Setting the foundation for the Dynamic Movie-Score Simulator (DMSS). [DMUS anyone? For you die hard Doom fans out there.]
- Setting up multiple sites to track our progress.

Q.What can I look at since the last update?

Here's are a couple of pictures we've sneakily uploaded since the last media related news post. All of them concepts just waiting to be brought in game. 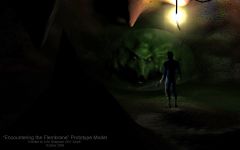 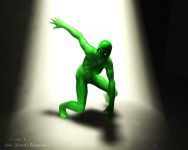 And here's a very early prototype of the DMSS. The current music is a place holder until we get music made specifically for it, but the concept is there.


Q.Where can I find all things VioFlem?

I'm glad you asked that! We're everywhere. Click on any one of the links below to follow us there. We have daily updates on Twitter, so if you want to follow the most basic day-to-day stuff check us out there.

Thanks. :P Keep your eyes peeled. We'll have music written specifically written for it soon.

Nice. That DMSS is incredible

Nice; That's what I liked about Chronicles of Riddick.. Music just influences the atmosphere quite much :)