An issue that has come up repeatedly during Trollskog’s playtests is the question of settling multiple smaller cities versus growing one massive city (a megalopolis). I decided to write an article about the problem, and my solution to it.

An issue that has come up repeatedly during Trollskog’s playtests is the question of settling multiple smaller cities versus growing one massive city (a megalopolis).

I should explain what I mean when I say city, first - In Trollskog, most buildings can only be placed inside a city’s borders, and built using the resources available in the town hall structure. Each city can support a population of inhabitants depending on its food supply and housing infrastructure.

As players explore the world they’ll find resource nodes to claim and defend, and a lot of the mid- and endgame content revolves around managing multiple specialist cities, and the choices the player makes to balance each city’s strength and weaknesses.

When testers discovered a new resource node in the world, however, they would oftentimes begin harvesting this resource in the simplest way: sending workers from their capital city to trek all the way to some distant corner of the world where they might have discovered a new silver mine or rock deposit, have the worker harvest as much as it could carry, then walk all the way back home. 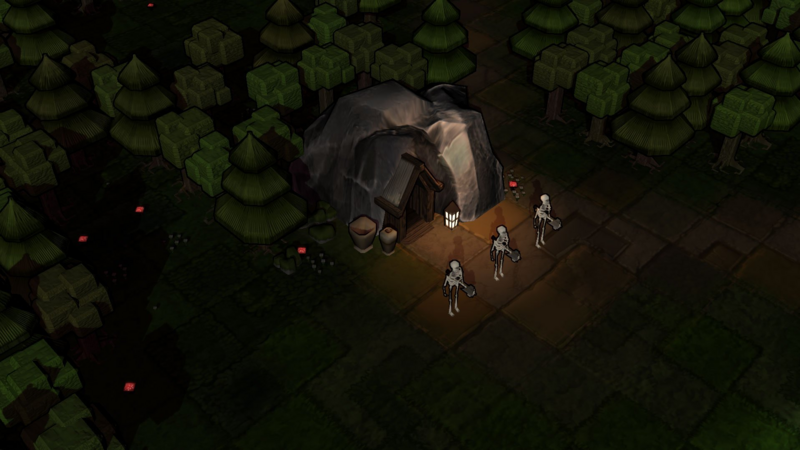 Gold- and silver mines are an example of a resource node that players can find while exploring the world.

Initially, I didn’t think much of this: surely players wouldn’t continue “long-distance mining”[1] resource nodes in this way once they became more comfortable with settling new cities?
After playing around with it myself, though, I was vexed by how this simple move allowed the player to grow their capital city to an enormous size while not having to make any of the interesting choices[2] involved in managing multiple cities, essentially skipping a lot of gameplay content.
Worse, many new players fell into this behavior by default, finding it simpler to just wait for their harvesters to complete their distant journeys rather than settling a new city.

I tried a few different mechanics to mitigate this. Initially, I experimented with giving each city a limited inventory. If each city could store at most 4 different resource types, progressing past a certain point in the tech tree becomes impossible without founding new towns. 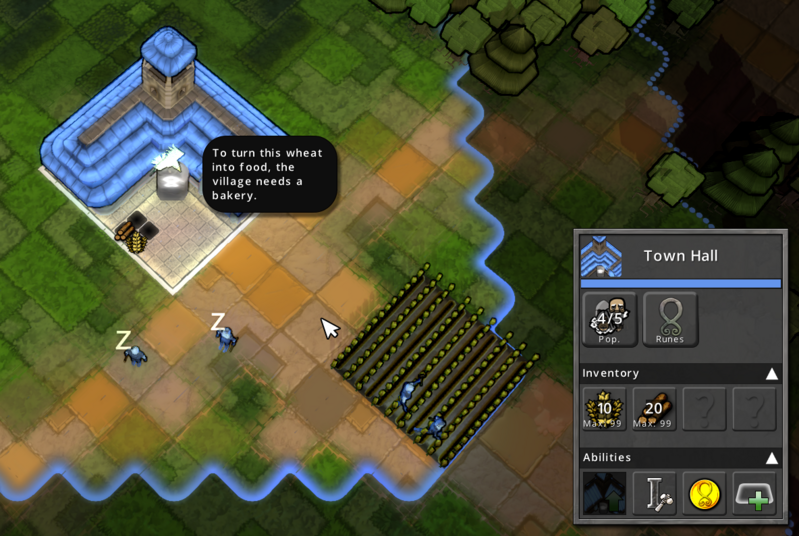 The town hall command card in the lower right shows the city’s 4 inventory slots (2 occupied by wheat and wood, the other 2 empty)

This gave me some variables to tweak: the number of slots and how many resources each slot could hold. However, setting these variables in such a way that prevented a megalopolis made this mechanic extremely punishing for new players, who often take a very exploratory approach to resources and tech, while being trivially avoidable by players more familiar with the tech tree. Since I did like the decisions that came from having to manage a city’s limited inventory size, a nicer variant of this remains in the game, but a limited inventory was not a powerful enough tool to prohibit megalopolis formation.

So I looked to other strategy games for inspiration, trying to remember what’s worked well and what hasn’t. Now, most RTS games don’t actually have cities - In games like StarCraft, Age of Empires and Command & Conquer there’s really just different types of buildings - a player can consider a collection of buildings of cities if they want, but the game itself has no such concept. Certain buildings function as resource drop-off points, and this drives the player to expand out into the map.

Of the games I could remember having a well-established city concept, Anno 1404 impressed me the most with its solution. The game allows the player to settle new islands, which function similarly to cities in Trollskog, each having its own collection of resources. Each island having limited fertilities forces the player to settle colonies in order to advance their capital. The game holds the player’s hand through this process the first time around, encouraging the player to settle an oriental island to secure spice production, required to progress to the next tier.

In the end, I decided to utilize both these mechanics to a varying degrees. Resource nodes that are too far away from a drop-off point simply cannot be harvested. The player can decide whether to build a full city near the resource node, or to build a resource outpost and transfer the raw materials to a nearby city for further processing. 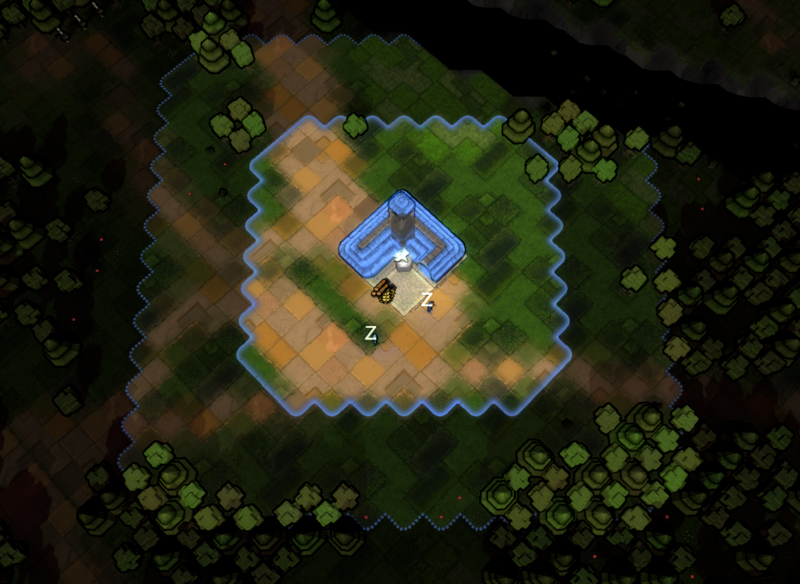 With these mechanics in place, I hope the issue is resolved. Players should still be able to build large cities, but doing so shouldn’t be something players blindly stumble into, it should be an interesting challenge that requires tradeoffs and support infrastructure in the form of smaller villages surrounding the capital.

I’m testing these changes internally first, and unleashing it on my alpha testers sometime next week.

[1] “Long-distance mining” being the Starcraft (and perhaps general RTS) term for harvesting resources far away from your cities.
[2] Thank you Sid Meier for not patenting this phrase