Progress update for the North Vietnamese Faction. New images include everything from amphibious tank assaults to MIG strikes.

Posted by ScreamingCricket on Jun 14th, 2009

Vietnam | Glory Obscured - Hydra Status Update
Progress on the NVA faction for the Hydra release has been moving along pretty well. Most of the art is in with a few art assets left to be made. We are continuing to refine the code and trying to squash out any bugs. Balancing the NVA is proving to be a time consuming process, but balancing always is. Over the coming weeks we will continue to balance out the NVA.

Below are some screen shots taken by our beta tester Jackseno. Images include everything from amphibious tank assaults to MIG strikes. Visit our ModDB gallery for more images. 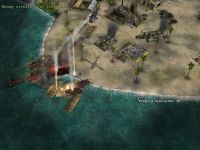 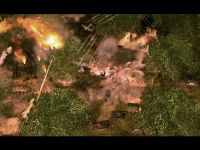 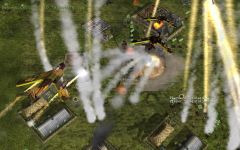 This Month in Vietnam - June 1968
In April, 1968, U.S. forces in Operation Pegasus finally retake Route 9, ending the siege of Khe Sanh. A 77 day battle, Khe Sanh had been the biggest single battle of the Vietnam War to that point. The official assessment of the North Vietnamese Army dead is just over 1,600 killed, with two divisions all but annihilated. But thousands more were probably killed by American bombing. By June, 1968, strong, highly mobile American forces are now in the area, and the base no longer needed for defense, General Westmoreland approves the abandonment and demolition of Khe Sanh

We're still looking for voice actors for NVA if you think you got what it takes drop by the forums and summit a few samples.

English line that sounds Asian or Vietnamese are accepted.

Any Vietnamese line are also accepted and would be checked for correctness.

You guys, the CWC team, the ShockWave team and the RotR team are single-handedly keeping a game (that should have died years ago) alive.

Great media as always, looking forward to your next release :)

Particles still gorgeous, nice update, and I can't say it better than Robok, you guys with the other teams are really keeping C&CG alive :) .

Keep on the VERY good work!

i almost forgot about this mod, its awesome you guys are still alive and kickin