The mod turns 6, Village Perimeter rings are discussed, some NVA boats are showcased, and resource collectors are thrown out.

Posted by ScreamingCricket on Aug 29th, 2010

A Matter of Momentum
Last update we talked about AntiSocialKindaGuy wrapping up production on Blur The Game (go buy it!) and is now taking a much needed break. ScreamingCricket has finally settled in after moving to California to work for Carbine Studios and is now able to devote more time to the mod. The testers have been testing vigorously as we've been trying to squash every bug found (no more art bugs as of right now!)

As of this point, things are basically code complete, we are continuing to test balance and new systems. For art, there is one more model left to make for the NVA faction and then 2D graphics (UI, icons, etc). After 6 years of hard work, the end is finally in sight. Wait...what? 6 YEARS??

6 Years Strong
As of Thursday, August 26, 2010, Vietnam Glory Obscured has turned 6! Check out the News Archives to see what we were doing 6 years ago! It's been quite a long haul, do you remember what you were doing back in August of 2004? Well I joined and started working on what was then known as Vietnam Reborn. A mod that essentially would play like Zero Hour with a Vietnam skin. While I wasn't particularly interesting in the Vietnam conflict, I wanted to work on a topic no one else was doing and that wasn't a remake of a previous C&C game. Since starting work on the mod and all the research that I've put into the subject, the Vietnam War is definitely one of my interests now.

As with all things, stuff changes, the people in charge of the mod left, leaving what would be all this wasted work. So I took up the reigns, decided on a new direction for the mod, changed the name from Vietnam Reborn to Vietnam Glory Obscured, and practically did a complete 180, going from the arcade ZH play style to a tactical and strategic game play I felt the RTS genre lacked. It's been a long road, and we've come far. To a committed team of devs, the best group of beta testers I could have asked for, and all the fans anxiously awaiting our next release: Thanks for stickin' with me through this tour of duty!
-- ScreamingCricket 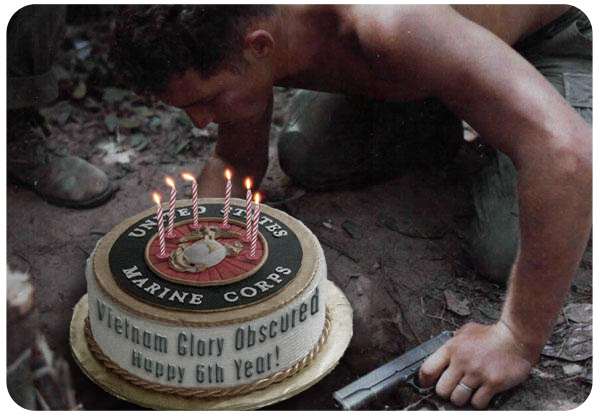 A Case of Visual Communication
Last update we talked about how the villages have always been core to the VGO game play experience, but how frequently people do not realize they exist or how to use them. We showed a glowing ring last time to mark the village boundaries as a proof of concept. Now the rings are fully realized and implemented.

Occupying villages still works the same, just now you have more visual feedback. Once the Master Hut has been captured, funds don't start generating until you have a sufficient force of troops occupying the village within its perimeter. Players couldn't really tell where the perimeter was or if they had a sufficient force occupying the village to generate funds. Now they do!

The perimeter around the village is marked with a white glowing ring. After the Master Hut is captured and you move a sufficient force into the ring, it dynamically changes to your team color. Now any player will be able to tell at a glance who occupies the village and if it is generating funds. 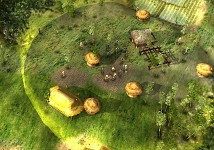 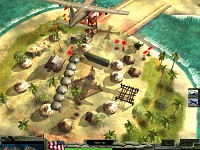 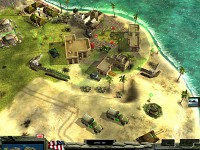 Micro-Management and Resource Control
One thing that has always bothered us was the inane stupidity of resource collectors. They always ended up wandering into the enemy base or enemy occupied space without any kind of self preservation. To make sure the collectors would stay alive required lots of babying and nagging micro-management. We were fed up with it, it wasn't a fun system, and we felt it took away from exciting tactical game play we were going for. So we removed all traditional resource collecting!

So just villages only? NO! Villages are still the main source of funds, but we've implemented a new secondary resource system to promote more skirmishes and remove the headache of stupid resource collectors. We'll go more in depth in the next update. 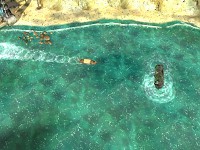 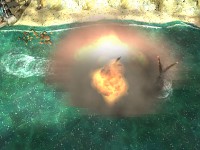 P4 Torpedo Boat - originally of Russian design, the Chinese made their own variant. This is the same type of boat that was claimed to have attacked the USS Maddox during the Gulf of Tonkin incident. The P4 fires torpedos (obviously) and is also equipped with an AA turret at the back of the boat. 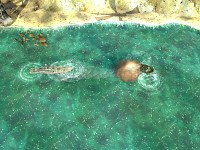 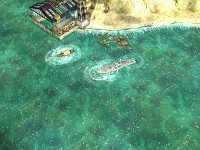 Voice Work
We are still in need of somebody to do the NVA voices. Ideally this will be Vietnamese, however at this point we would accept any far eastern accent. If we do not find anybody, you'll not only have my terrible American accent and ScreamingCricket's real one in the game, you'll have to put up with our terrible (and probably unintentionally racist) renditions for the NVA, too. So lend us your voice!

Obligatory Screenshots!
Because no news post would be complete without them, here's some screenshots of some games between the testers playing against the NVA AI: 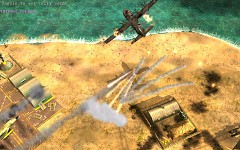 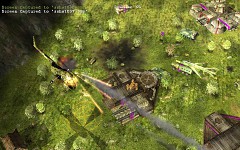 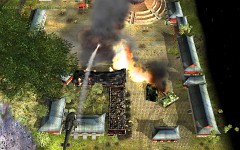 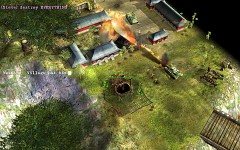 More images in our gallery!

That photo is great! Great idea and well done. Made me laugh.

I wish i could lend my voice, but my eastern voice is half western : (

I'm Vietnamese I can help you with the northern accent

GO TO THE FORUMS PLEASE!

Hey guys,
Congratulations on your 6th Year!
I finally got to change my username and my avatar.
(Crappy ol' black screen of death.)
Well, I got a new Acer for my birthday, and I'm DL'ing your mod once more.

wow it's been 7 years from now but the game is still awesome and worthy to play,hehe