An article talking about progress, what's in the future, but more importantly showcasing the first level in beta form with included screenshots and a video.

So, I can say optimistically that this game is now being fully worked on, and at this rate, should be released in a year or two.

Here's some screenshots of what I've been up to, follow by a video and an explanation of what's going on: 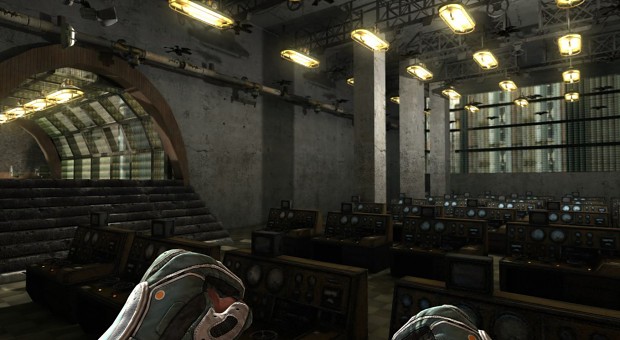 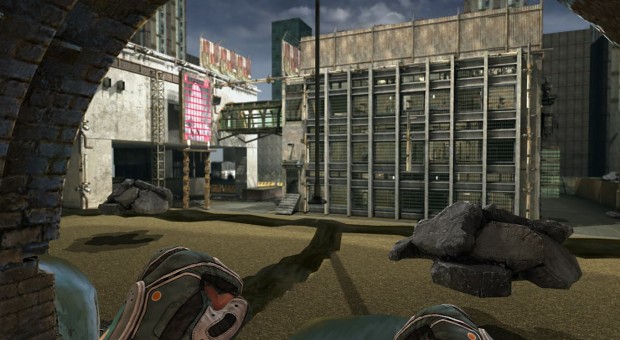 In the video, I've showcased the first level: a foxconn factory, where the main character, a Chinese factory worker in the 90s, works. In the game (in the first hour or so) he lives in the dormitory at the factory and also off-site, which will be the next level (the roads to drive to your actual home). In this level, there will be a single player storyline, but also a part of the storyline that includes a deathmatch against ai, and this will (when the game is released) be the first deathmatch level that you can play online. Notice the quality of the textures such as the brick and concrete, and the posters:

Eventually, this level will include more detail such as ivy, trees, a real river, and all of the textures and assets will be replaced from scratch. In the next compile, I'm going to be adding sunrays, mist, colored light, and fix all of the out of aligned assets (such as the trim).

I plan that in the next couple weeks I am going to release a couple entries. One is going to be a showcase of the next level, a replacement for the pistol and vehicle (with a motorcycle), and I will be uploading a video and screenshots. For another entry, I am going to make a full video on how to use the Rage Toolkit, how to import models etc, and show how to use all of the features and its current limitations.

Last of all, I am looking for programmers who can assist me in modifying the engine and toolkit to include:
- Ray tracing
- AI compiling
- Fixing door glitch in toolkit
- Better texture quality
- Flying (as opposed to driving) mode
- Jumping (which can be disabled / enabled)
- New menu and UI
- The ability to program cinematics
- Any other more modern ways to simulate light and shadows

I'm very glad with the work so far, and I couldn't stand to use unreal engine or unity versus idtech, even if it's going to take some work to bring it up to the modern era.