Information about end game, and a video about Randomly generated Levels and possibilities for mods!

Thanks to more than 7,800 backers, we already raised $270, 000+ which has allowed us to reach 3 of the stretch goals on the list! It is a very exciting time for us since we are really hopeful that with your support we can achieve the funding to include multiplayer and a female main hero into the game!

In today’s video update, we are going to show you how Umbra’s level generation works. It will allow us to give you a glimpse of its capabilities, both for gameplay replayability and for modders who will get their hands on Crytek’s Cryengine sandbox. Since some team members started to work on videogames in the world of mods, we would love to see our game modded, and we have therefore designed the game system in Umbra on XML files to make sure people will be able to easily mod them!

Please note that Sandbox is a Crytek product, so we will not be able to redistribute it with the game. We try to keep as much compatibility as possible with the freeSDK version, but the optimal way for people to mod the game will be to get an EAAS access.

Also, many of you have asked us about the endgame possibilities for Umbra, so without further ado, here is some information about that!

The Chasm of Eternal Dawn will be unlocked after players complete the single player story mode, and, like the name suggests, it will feature an endless dungeon that players can enter to find new crafting ingredients, weapons, and armor as they battle an onslaught of randomized enemies, mini-boss, and bosses from the universe of Umbra. The difficulty will escalate accordingly depending on the level of the player who enters the Chasm, and you will be able to teleport out of there at specific points. 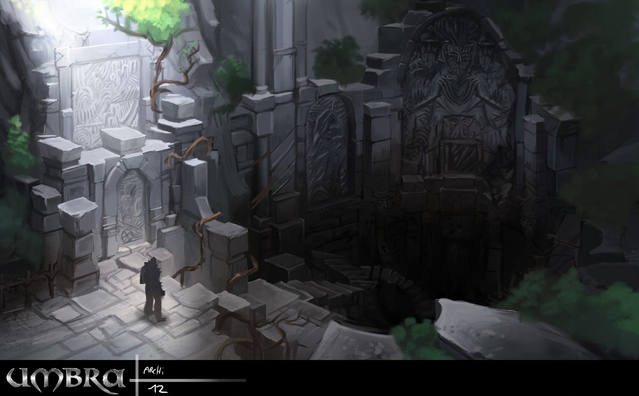 As long as you progress in the Chasm, the enemies will gain new powers and abilities, making the gameplay harder with every step you take. As mentioned above, Bosses will be present in the Chasm, and the deeper you go, the stronger and more vicious they will get. Several side-quests and events will also be available in this endless dungeon for players who dare to enter!

Another piece of content unlocked once players have completed the main story is “Gear Bounty.” Once this content has been opened, players will be given new missions from a particular NPC. Once you complete a Gear Bounty mission, you will be rewarded with a magical item with reroll-able stats (you can reroll stats a single time if you’re not pleased with the base stats for the item, and this might even unlock an effect on the item as well!). You’ll be able to, say, take on a mission that features a mysterious magical piece of armor for your shoulders, or focus your efforts on one for a pair of boots that could be of great help during your trips into the Chasm of Eternal Dawn!

As for the level progression in Umbra, we aim to implement a system that will be more about enlarging your arsenal of skills and power from items. Also, the Apocalyptic Form customization should bring you a new combination every time, opening the door to endless possibilities for your build. Let’s just say we aim to provide more horizontal progression than a vertical one where you would only gain stats points. We want to make sure that gaining powers brings you new ways to play Umbra! 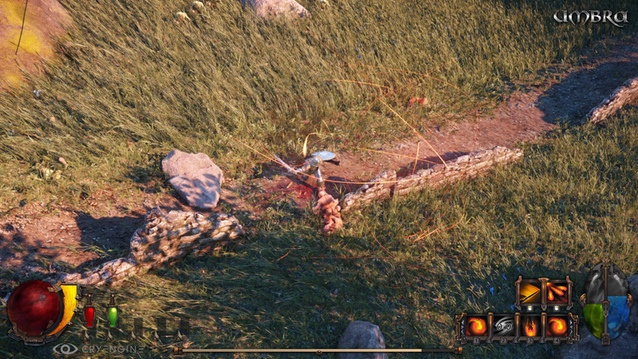 And if we reach the Hero Defense Mode stretch goal (the first multiplayer mode for Umbra, playable online or over a LAN connection!), you will have more ways to play and more things to do! We want Hero Defense Mode to have a feel similar to the “Rift mode” from Diablo 3, that is, you will be able to take on a highly replayable mission with randomized elements, along with our own twist on things. The idea is to create a co-op mode where players will need to defend a temple and its artifacts while performing other side quests outside of the temple. Players will need to coordinate and properly plan a strategy or else they will be doomed.

Focus too much on the temple and you won’t be able to unlock the path to combat the final boss(es) for said level. Focus too much on the quests outside of the temple and you might not make it back in time to defeat the enemies that are after the artifact! Each victory will provide you with a way to restart with a higher difficulty and with more powerful enemies, adding a ton of replayability thanks to this particular Multiplayer Mode!

So, what do you think about the video and the endgame content? Let us know in the comments below!