After long and busy winter we finally managed to write an update about Aggressors’ latest developments. There is plenty of news - new features and updates!

After long and busy winter we finally managed to find some time to write an update about Aggressors’ latest developments. Although there is still plenty of work to keep us occupied, the release date is coming closer, and we would like to spend more time on PR and sharing updates with you. The first step we took in this regard was the makeover of our website www.aggressors-game.com to fit better the historical theme.
We hope you like it! 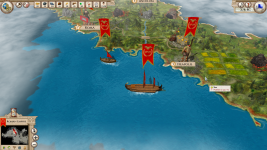 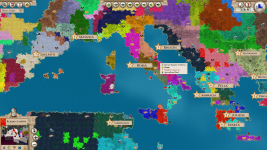 The most important information for our followers is that by end of February 2017 Aggressors were upgraded to version v0.98. This version was mostly focused on polishing graphics (terrain and 3D in general) and UI.

One of the most important and definitely the most visible addition in the game are ambient animations (fish, dolphins, deer, boars and birds). Although is it only a graphic element which has no impact on the gameplay itself, it significantly improved the “reality” of the game. Group of animals roam around the map and it is even possible for the player to interact with them.

The visual aspect of the game was further enhanced by shadows and water effects (foam around and wake behind ships). Similarly, the ocean texture and reflection of light on the water were improved to make the atmosphere of the game more realistic.

Beside graphic components, we also concentrated our energy on identifying ways how to make governing a country easier for the player. We introduced an advisor into the game who provides counsel to the player. He informs and advises him on possible course of action when one or more administrative mechanisms are not running smoothly or when unforeseen events happened that need player's attention. The feature is optional but can be useful both for proficient players as well as for beginners.

Another major issue that kept us busy was game performance. This issue was absolutely crucial for us as we want the game to run smoothly on as many computers as possible. At last, we reached a stage where we are satisfied with the game performance and we hope that you will appreciate it, too.

Version v0.98 more or less closed the chapter called Graphics, and although we still work on minor improvements and adjustments, no major changes are planned in the graphic part of the game anymore. 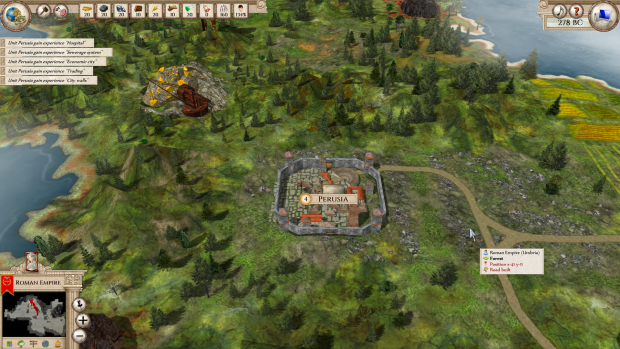 Following the completion of v0.98 we planned a series of user tests. The sole purpose of the first wave of testing was to see how ready the game is for the upcoming beta testing and release. We received a number of suggestions how to improve the game further and how to make it more engaging for the player. We went through all of the comments carefully and assessed the potential impact they could have on the gameplay. For the past three months we have been working on additional features that came out of the user testing and we expect it will take another two months to complete the task. All these new elements will be included in v0.99.

Majority of the new features we want to implement is focused on making the historical period more precise and realistic. We take great care to follow historical sources and compare them with the game setting (e.g. size and positions of military units, ancient cities and states, their relations and circumstances in which certain strategic decisions were taken). We hope to create more detailed and exact picture of the ancient world starting from historically precise maps to events that could have changed the world. We try to re-create the political circumstances as closely to the historical reality as possible so that the player would be motivated to set similar goals for himself and face similar challenges as his historical counterparts. 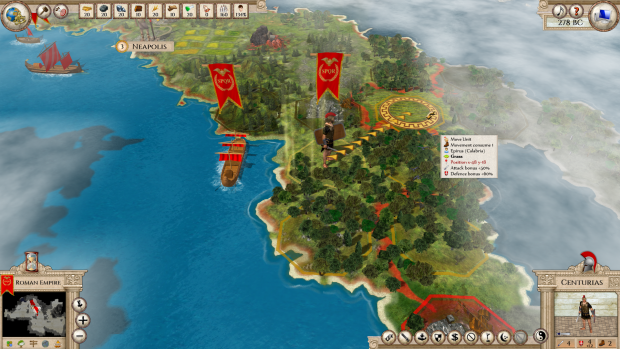 First in the row of new features are strategic objectives - list of territorial, political and social goals that could guide the player on his way to historical greatness. There is a number of tasks for each state adjusted to reflect the differences between the states at the initial stage of the game. Of course, following the objectives is solely the player’s choice but we have developed a system of rewards and bonuses for completing the tasks in order to motivate the player. However, fulfilling the objectives is optional and the player is free to make his own decisions and take any course of action he wants.

Another addition in the game are winning conditions – set of various goals independent from each other that allow the player to choose how he wants to win and what strategy he will employ.

We also introduced so called sphere of influence. You can imagine it as reputation that grows with the importance and strength of the state and its cities. Growing prestige of the nation then gives the player the opportunity to expand his territory and influence of his empire by peaceful means. 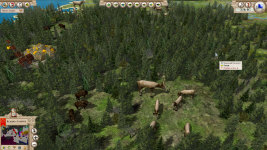 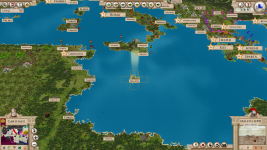 We also enhanced the importance of cities in the game by adding options for building city improvements e.g. city walls, hospital, sewer system, etc. Using 3D models, the actual buildings will be visible directly on the map to make it easier for the player to monitor the growth and expansion of his cities.

Keep your fingers crossed for us that we managed to finalize the version v0.99 by the end of summer.

We will keep you informed!