It will have freely resizable game window, and new animals added.

Beta version 3.20 will be hopefully released this month and will be first available for lifetime members. The most important feature is migration to SDL 2 which now gives us long-awaited freely resizable game window.

Of other features, let's highlight a few regarding the animal kingdom...

There will be seals. Two types of them. The ringed seal and the grey seal. Both live in the sea and can be found on coastal regions of UnReal World.

Seals are interesting new creatures and fun to even spot while rowing on the sea - not to mention trying to hunt them. Seals spend most of their days in the water but do regularly come ashore to rest and pass time. During open water season they rest on rocky surfaces of the utmost skerries and islets of the sea. In the winter they do live near the edge of the ice, spending the lazy hours on the ice.

During open water season the seals tend to rest on rocky surfaces of the utmost skerries and islets of the sea. 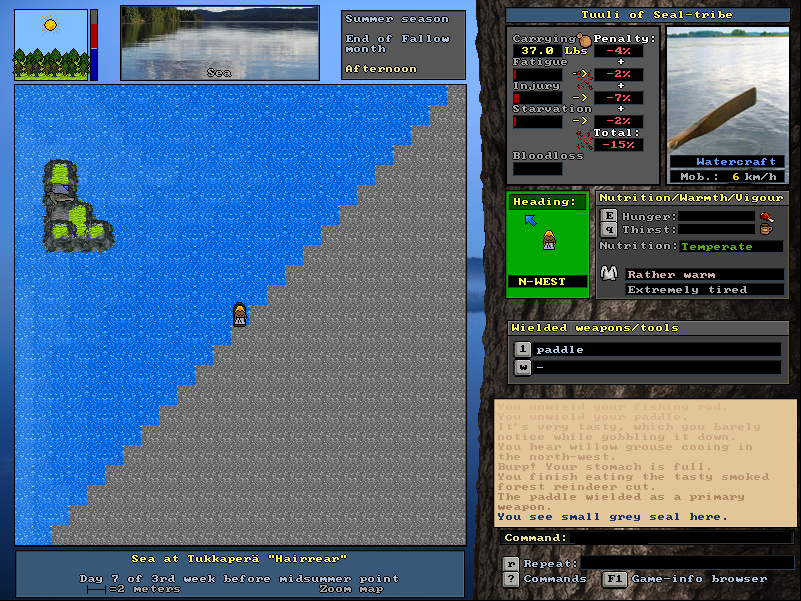 In the winter seals live near the edge of the ice, spending their lazy hours on the ice. Here a stealthy seal-tribe lady has got two seals in sight. 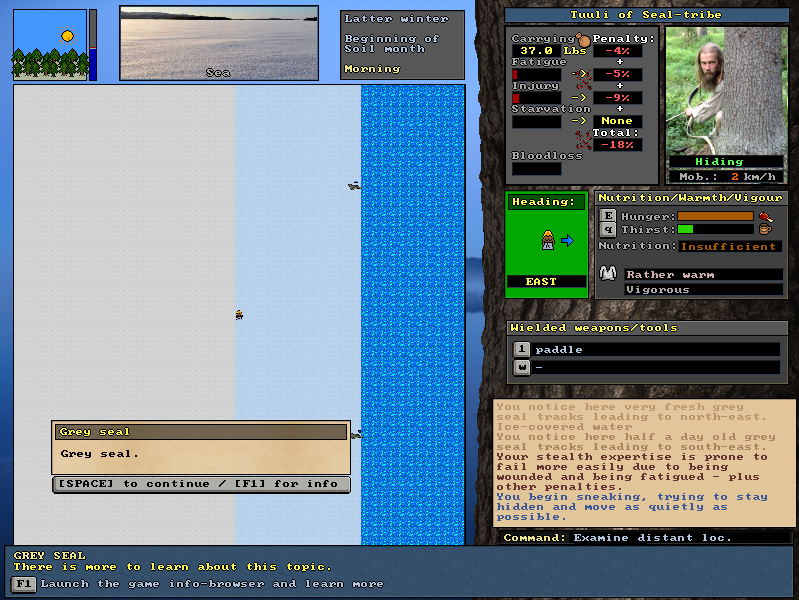 There will ravens, eagle owls, goshawks and more. The new birds of prey do effectively decrease populations of other birds, hares and squirrels. Often only a feather beside the kill will reveal their presence - unless you hear them call. Upcoming version 3.20 features variety of new bird audio and you can actually hear ravens, goshawks, swans, loons, hazel grouses or eagle owls calling.

Cycle of bird life has quite a bit of other new features too. In upcoming version all the ground nesting birds do lay eggs. Aquatic birds lay eggs on islets and skerries, or nearby the shore among vegetation, and finding their eggs is relatively doable if you have patience. Eggs of the forest birds are much harder to find.

Swans prefer to nest in hard to find and difficult to reach locations, such as islets and skerries: 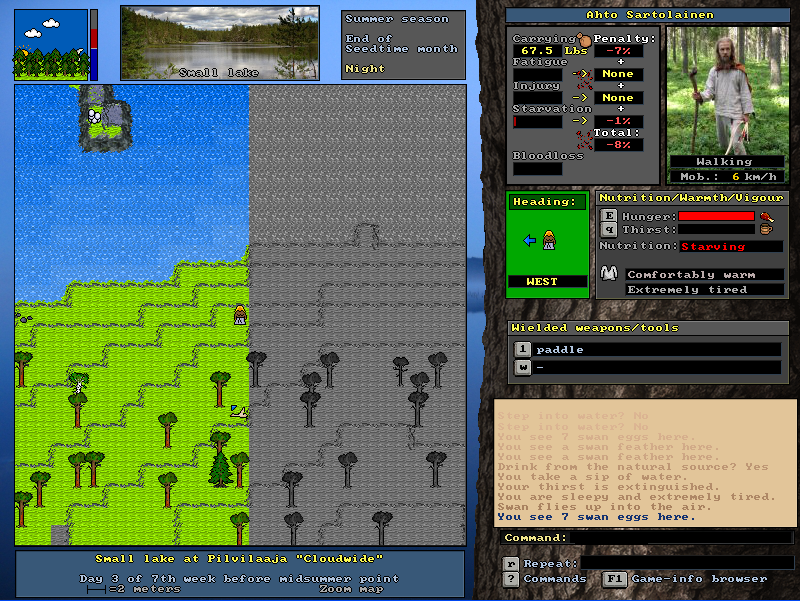 Black grouses nest on the ground, concealed among trees or bushes, and line the nest up with feathers and spruce twigs: 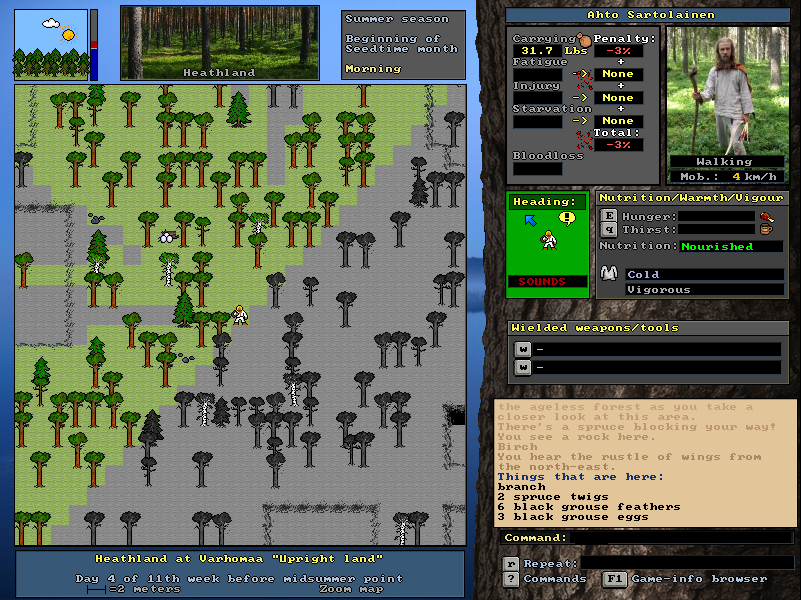