v1.01 brings a lot of balancing, art tweaks and new features. The biggest one being CnCNet5 Client support. Next version will include Soviets as a playable side.

I'm back again with another release, version 1.01. Thank you to those who gave feedback on bugs and balancing issues and thank you to Ares' AlexB, Starkku, Rampastring and the crew at PPM for helping me solve some issues with the client. 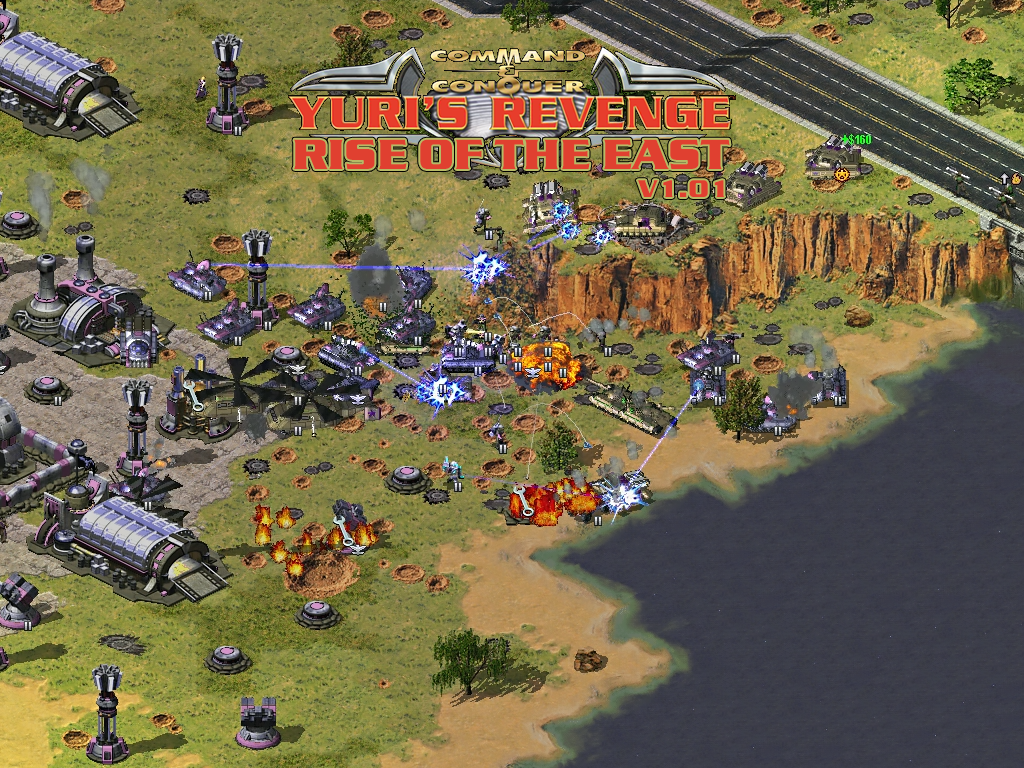 I'm happy to say that I've moved the mod over to a more user friendly platform which most of you are familiar with; CnCNet5 Client by Rampastring. The client's UI is modified lightly to fit the new side's theme and once I have all sides playable I'll move on to making improvements to the client's look to make it unique to the mod. 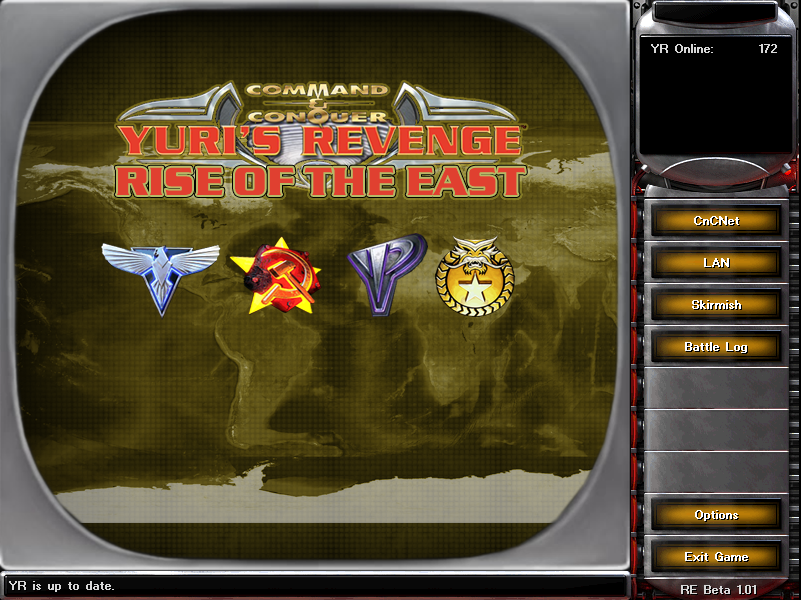 This version brings a lot of balancing, art tweaks and new features. Credits are listed in the readme file as usual. PLEASE make sure you read the readme file for installation instructions.

AURORA
Reduced area of effect by 20%

GRAND CANNON
Enabled for all Allied countries
Available at Tier 3

GUARDIAN GI
Can be deployed again

SPY
Moved to Tier 2 down from Tier 3

PRISM TROOP
Increased damage vs everything

LYNX TANK
Now receives a "Horde Bonus" of 15% damage when near other Lynx Tanks.

RAILGUN TANK
Can no longer be crushed by Battle Fortress

FLAMETROOPER
Range reduced to 3 from 3.5

ECM TANK
Damage increased to 4 from 2

HELIX
Reduced damage from crashing to 66% from 100%

ICBM LAUNCHER
Reduced speed of missile to 17 from 20

Next version will include the Soviets (Russia and Iraq) and new/improved art.

Thanks again and enjoy!