Hello Everyone, version 0.85 has been released. It is three years since I started working on my mod and I would like to thank all those who supported me.

Hello Everyone, version 0.85 has been released.

It is three years since I started working on my mod and I would like to thank all those who supported me. 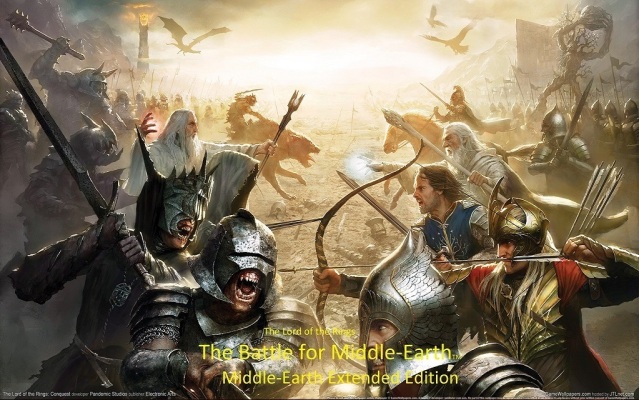 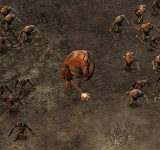 - Added new maps from BFME 1 patch 1.06.
- Spells in Elven, Harad and Gundabad's Spellbooks can no longer be purchased out of order.
- Dol-Guldur renamed to Gundabad.
- Tried to fix all gamecrashes exept in the campagin (please let me know if you find some while playing).
- A lot of balancing.
- Many ingame text changes.

- Elven camps and castles now have floors.
- Changed places of some of the spells in the Spellbook.
- Elrond now has 60 melee (was 50) and 50 ranged damage (was 60).
- Replaced Elronds Arrow Storm with Elrond's Council ability (targeted units gain experience).
- Fixed Gil-Galad's Last Alliance ability not summoning units.

- Drums in the Deep replaced with the Tunnels special power (creates a tunnel trought which arrive hordes of orcs, lasts for 35 seconds).
- Azog has a new model.
- Azog now costs 3000 (was 2500).
- Azog and Bolg have new sound sets (voices are from the Hobbit movies).
- Bolg's Summon Bodyguards ability now summons 1 Dol-Guldur orc horde instead of 2.
- Ghurzog replaced with the Great Goblin (with voices from the Hobbit movies).
- Added Orcs of Goblin-Town (free and weak, available after the Great Goblin is enlisted).
- Dol-Guldur Orcs now cost 750 (was 800).
- Dol-Guldur Orcs and Warg Riders can no longer be upgraded with Heavy Armor upgrade.
- Dol-Guldur Warg Riders have a new model.
- Removed the Heavy Armor upgrade from the Siege Works.

- The campagins arent working (they crash when entering the first missions).
- On some castle maps Harad's citadel might not appear (will be fixed as soon as posible).
- Rohan and Gondor's Hero Statues and Wells give a discount when they finish auto repair even if you have only 1 of them.
- Elven Barracks doesnt have a ground texture.
- Lindon Horse Archers have arrows with light blue glow instead of a red glow when upgraded with Fire Arrows Upgrade.
- If you find bugs while playing, please report them on the ModDB mod page.

- And all others i couldnt remember.

*Names are listed in no particular order.

I dedicate this version to my family.

Thank you for the excellent work. Good luck and inspiration to you. Expect the company ..))

Both campaigns are broken atm. When you try to access the first mission of the campaigns, the game crashes. Is there anything that can be done about it?

I will try to fix the campagins after everything else is finished.

Same problem with the campaigns. Good work though, well done.Campaigns and camera are the only two that i would want to be fixed.

Thanks, I will do all I can to fix both of them.