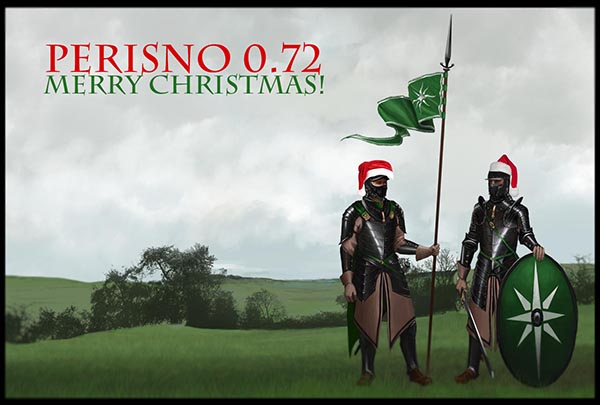 0.72 CHANGELOG
- [Fixed] Princess ages not consistent
- [Fixed] Kingdom Ladies cannot be courted "no one is available in our family for wedding"
- [Fixed] leakage of ladies across borders when building families
- [Fixed] Princesses (and Kingdom Ladies) with incorrect or not assigned personality types
- [Fixed] cleared Princesses from receiving love interests at start of game
- [Removed] tavern brawl music
- [Fixed] Queen Arlina is now Elf instead of human
- [Fixed] Drahara Elephant Riders do ride on elephants again
- [Fixed] Demon Marshal Ialoch horse is bugged, causes a crash
- [Added] New Ridable Animal
- [Fixed] Zann Troop Tree
- [Fixed] Dreaded One Crash
- [Fixed] Tolrania Kingsman will now spawn with helmets
- [Removed Buggy Formations]
- [changed] Kingdom ladies and the families at start. There are more of them, in more complex families, and most of them are marryable if not married and have either a father or brother listed in their family tree. This had a small tweak for less spillover across borders for small kingdoms.
- [added] Queen Arlina is an elf now
- [fixed] Rulers and some lords now look slightly less aged.
- [fixed] Asking if a (male) player character can join a lord's family by marriage when that lord has an available daughter
no longer returns a "no women in our family are available" response.
- [fixed, really this time!] Princesses Linthrandil and Bergit have their suitors list cleared and skipped getting girlfriends, even though they are "lords"
- WIP Orphans (ladies with no father or brother) can be found at court, and courted at feasts but they can't (yet) be married, as normally you have to ask their father or guardian, and even eloping has a check for that. Thus it's a "work in progress"
- [fixed] temperaments of ladies broken in .71, fixed in .72, allowing courting to resume (poetry etc work again)
- [fixed, I hope] Marriage cut scene often flipped roles if you were a male player marrying either of the two female princesses. The game sees they are of type "lord" and presumed you MUST be a female, so wanted to honor you with a beautiful wedding dress. Much hilarity ensued... Hopefully its a little better now.

{other changes}
[fixed/added] Crossbows brought up to be more in line with skilled bows in terms of tactical value to solve Elf domination
[adjusted] troops slightly changed to better balance factions.
[fixed] Draharan Elephant mercenaries ride elephants again.
[fixed] banners available to all races IF your father was an "impoverished noble"
[removed] Did we mention formations are now back to native? Too many people got stuck with old formations.
[fixed] a few stray gender lines missed last time (38 dialog snippets? And .71 was > 1000)
[added] debug information in cheat menu for relationships debug. If you really must skip the sweet talk...
[added] New Grund scene
[added] New Karnoth scene
[added] Gave a free "Merchant's Ledger" to everyone at start of game, regardless of how your back story was.
This is to help track prices at different towns, and sometimes is useful for other things. I you get two, just sell the second one. They share the same content.

Merry Christmas to you too.

bad puns are the best puns

Also I noticed that in the changelog it says twice that "Queen Arlina is an elf now", once as "added" and once as "fixed"

We know :) just making sure the players saw ;)

What in the world... :/ did you try re-installing the mod?

Hey i have a runtime error every time i start perisno playing for win 8.1 problem started all the way back at .6 . I tried .71 then updated to .721 still doesn't work. But all the other mods seem to work fine.