Version 0.21 of the Alpha build of the Cooperative Horror-Surival mod Black Sierra has been uploaded, read on for a list of additions.

There have been quite a few new additions since the public version of Black Sierra was released. These new additions consist of a new usable item for players to light up their surroundings for not only their selves, but for those around them too. Upon that, we've added in some new areas to the mines, and a handful of improvements to the overall map to allow for greater replayability and challenge, and of course as promised we've even updated the player model its self with a higher-quality one. 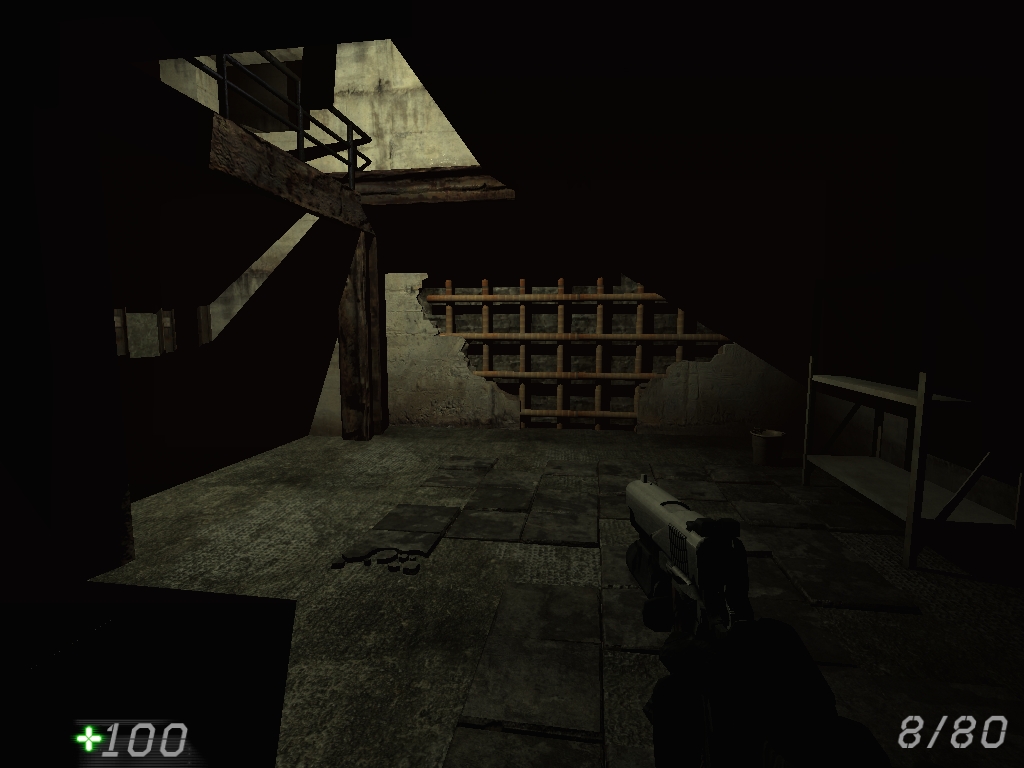 So the first addition I am going to talk about are revisions to the campaign's mining map, where new paths have been added to the map. In this new path that's been merged into the old one, players reach into a darkened room where players have to start up a generator that's been flooded with water to raise a gate as waves of monsters come into the room. Apart from the new section in the map, the map has had it's difficulty (mainly in the amount of monsters that spawn) that make Black Sierra a lot more of an action packed game than previously. 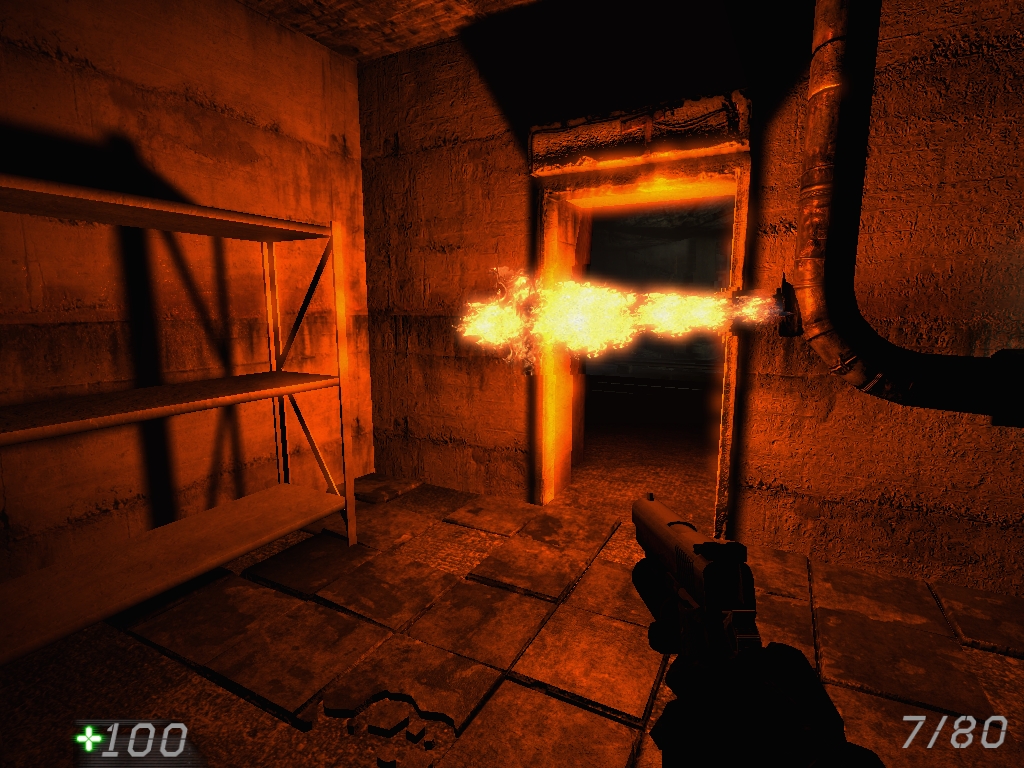 Another addition that has been added is a new item for players to use, players now are able to find and pickup flares to use in brightening up rooms. Players can pick up and carry two flares which they can then light, and drop on the floor which will provide an auro of light for everyone around. These flares last for rouhghly 10 minutes. 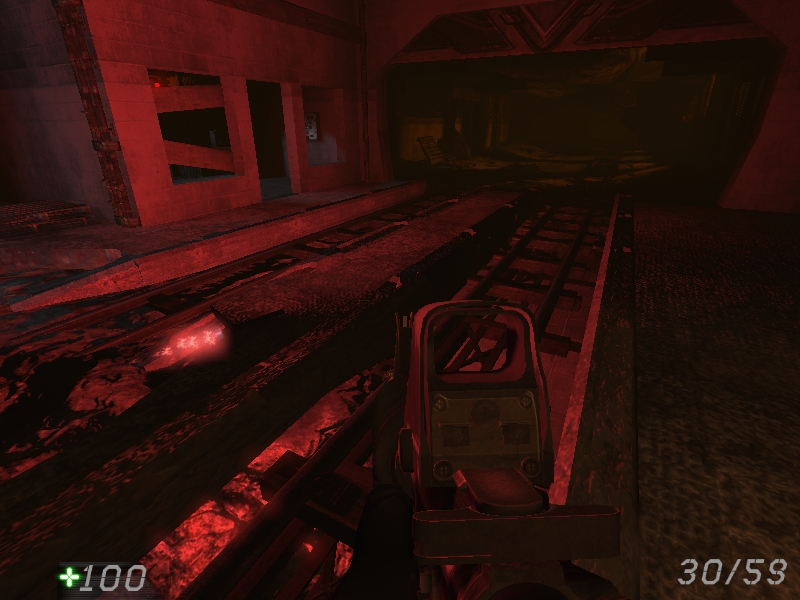 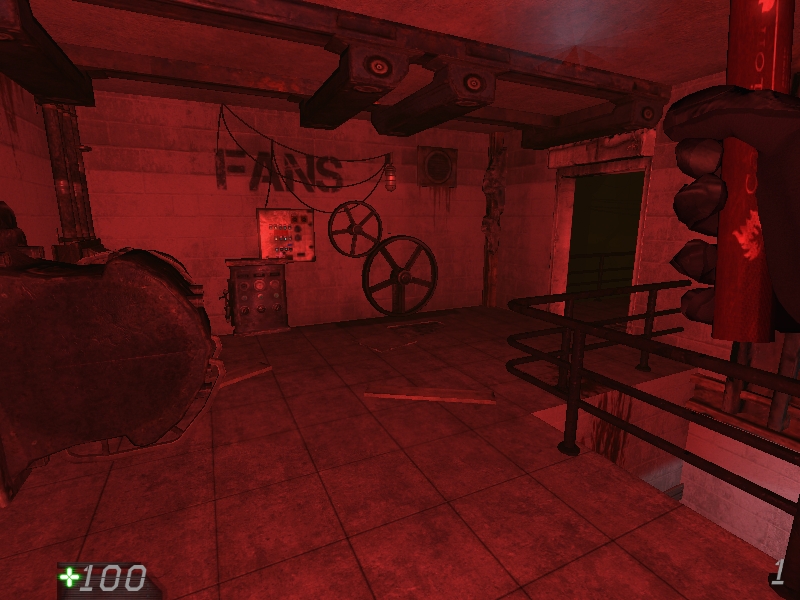 The player model is a major improvement from the last which features redone animations, model, and textures. It has a few new selections so players can customize their player slightly (which is being planned to be added on to in further updates) with a few selections such as a helmet, goggles, and a mask. 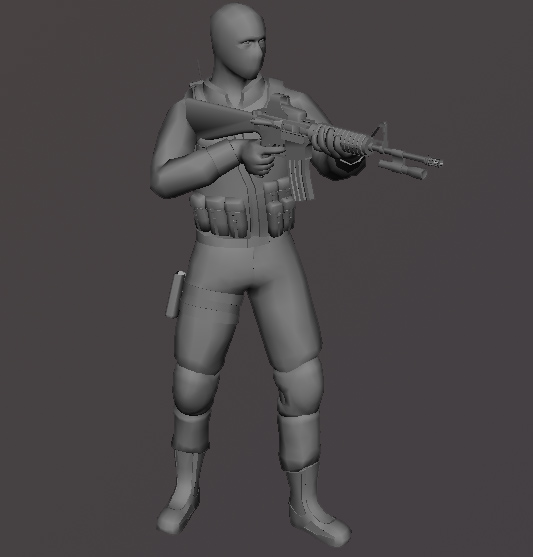 For those of you who have had any issues with v0.18 we're happy to announce that some of the annoying bugs from the previous version have been fixed, such as you can adjust your video settings properly now, first person arms show up even if you don't select a character, and it's a lot easier to use objects this time around. If you haven't played Black Sierra already, I would have to highly suggest that you do. If you have, well play it again! Black Sierra won't release another public build for a couple of months as MSU goes on and we dive hard into working to make sure the next build is very polished and has a lot of content to sink your teeth into. So as this version will be submitted into the Make Something Unreal contest, we hope everyone enjoys it as much as we do. It's improved greatly since our last public build, since everything is better with more carnage!

Nice! been looking forward to this :)

i guess there is no way to patch this is there? i'll just have to download the whole file?

i'm having some issues. mostly being that it won't reload or activate my flashlight. i found that those commands weren't even bound, so i bound them to the right keys, but still nothing happens, i could live without a flashlight, but not being able to reload my guns means i'm pretty screwed.

any advice as to why the reload and flashlight don't work? and also why the mod asks me for my CD code (for UT3) every time i boot it up?

I'd really love to play this mod, I thought it looked good, but i can't really play it without the ability to reload. if you coudl help me solve any of these bugs, it'd be nice.

Some people were having this problem with the last version, but I was unable to replicate it and find a solution.

-Please make sure your UT3 is patched to 2.1. I'm pretty sure the CD code was fixed in that version, and it also might fix your keys.

-If neither of these work, try my troubleshooting thread solution: Blacksierramod.com

Please get back to me on which one of these work.

it is extracted to the right file, and i'm 99% sure that i've patched up to version 2.1

i'll let you know if i get anywhere, i'd really like t play this mod, but i can't really until i get the reload problem fixed.
however, i did notice that on the last version the "use" key didn't work, but on this version it did, could what you guys did to that work with the reload key?

The reason the "use" key didn't work is completely different from why the reload doesn't work. Your "use" key worked before, its just that the UT3 triggers sucked. Reload is a custom key, which is why it doesn't work.

You can check your version in the top left of the main menu in UT3.

I checked, I am fully patched up to 2.1, so that can't be the problem, and both this mod and the default UT3 client still ask me for CD-key, so I guess they didn't fix the cd-key error in that version.
i'm going to read your troubleshooting thread right now.

EDIT- it no longer asks for CD-key.

i had these same exact problems with the previous version

i figured it out, it was the second item on the troubleshooting thread, and that was that you need to bind them yourself, but you must use the ingame settings, if you bind them from the main menu settings it doesn't save them.

so all you need to do is get ingame, and bind them from the ingame settings.
now i just need ppl to play with.

ICANT RELOAD or turn on the flashlight i think the mod is an Epic FaiL ! textures and models etc are good but i cant configure the buttons or cant even turn on or reload .... thats damn bad ... wait for fix .. -.-

the problem is easily solved, just get ingame and open the settings option, make sure you are ingame and not in the main menu, the main menu doesn't save options. then go to input, and click the "keys" tab on the bottom, then scroll all the way down and you'll see that "give ammo" "reload" and "flashlight" are not bound, bind them to whatever keys you want, then it will work.
also, the button issue is from the old version, they haven't updated the moddb download yet, so this is the old version, go to their site for the download link for the new file, the button pressing error is fixed in that.

It's waiting to be authorized. Sorry for the wait, not sure why it's taking so long. Moddb must be busy with the weekend, hopefully it'll be added soon.

just out of curiosity, how often is there people on? because when i got on this morning there were no games/servers running, and i really was hoping to play with someone else, not alone.

*face palm* Sorry I didnt suggest that from the start. Yea, the controls only save ingame until we make our own custom menu's.

You probably won't find any servers for now. Grab a friend and someone make a listen server.

Noice! When will we get to see those big sexy monsters you are to come up with?

Well that's the next objective on my list to get in and working properly, so very hopefully pretty soon if all goes well. I already have a basic model done with, it just needs detailed and textured. Then any changes we want to do depending on what's liked/disliked.

I'm having problems w/ installation, when I changed my target, it opens up UT3 instead of the black sierra mod, can you help me?