We apologize for the long absence in the past months, but we've been hard at work and we're finally back with exciting news regarding another beta update. Bringing lots of improvements and major adjustments to the game's balance and performance, and Linux client support! We've heard lots of great feedback from everyone that we hope today's update should address.

This should be the last major update to the unstable beta branch. Any more beta updates from this point on should be for smaller things like bug fixes, or balance adjustments. We'll be focusing on preparing v3.1 for full public release as soon as possible, which could be anywhere up to a few months or more. So please tell us what you think about the update, so we can make necessary adjustments before full public release.

With today's update Linux client support has finally arrived - bringing graphics fixes, performance boost, and crash fixes! We want to take a moment to thank the people from @GamingOnLinux community/staff who've been helping us to promote and assist our upcoming Linux client support. As well as a huge special thanks to our programmers, Jonnyboy and Shepard, who managed to make this all happen!

If you use Linux, then we ask that you please give the unstable beta branch a test to see if there's any issues with the game for you (information how at bottom of announcement). Please report any issues to us on our Steam Discussion Boards, or in our Discord server. 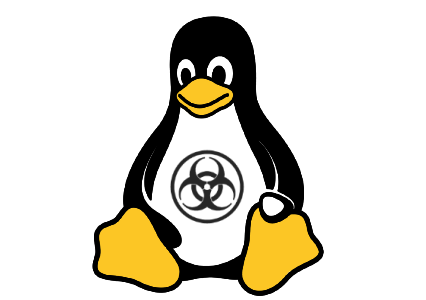 Some time ago we introduced a new recoil system into the game, similar to the one used in Day of Defeat: Source, but heavily modified. We did this to eliminate issues with our previous default Half-Life 2: Deathmatch recoil where it caused some imbalances that made some weapons a bit too over powered due to high accuracy, and others under powered because of too much random spread in the bullets. We thought it was a good improvement from the previous system, but we overlooked many of the issues with it.

Thanks to everyone who tested it and provided feedback, we were able to come up with a better design that addressed some of the issues. We've made a video demonstrating how the improved recoil works for all the firearms under some different movement conditions (standing, running, jumping, etc.);

How Does It Work?

The simplest way to explain it is that it works very similar to the Counter-Strike: Global Offensive weapon recoil. The more you shoot, the more inaccurate your weapon will be due to the recoil. There are patterns in the recoil for most weapons, each weapon type has a similar pattern with subtle differences between weapons of the same type (such as less recoil or random bullet spread).

The recoil works by utilizing several different features to create the effect;

Movement will also make your shots inaccurate, with each movement condition affecting your accuracy differently;

Players have been saying that many weapons don't feel different than others of the same type for a long time, or that some weapons aren't very useful - and we agree. We recognize that some of the weapons may not feel very useful, or powerful enough - so we've made adjustments to them. Attributes such as damage, fire rate, random bullet spread, and the amount of recoil have been balanced differently for most weapons.

Here's how some of the changes affect a weapons' role;

We're expanding upon Zombie Vision to include the glowing of more destructible objects, particularly physics props. Now objects that can either be moved around or are destructible will glow an orange color while Zombie vision is active. (This color can be customized in Zombie Panic! Options, or via their cvars.)

We've added this feature to communicate to the player what objects can be moved or destroyed. Because these props can often time be used as static props (indestructible and don't move) throughout different parts of levels. Which can waste time and cause confusion for those who are not familiar with the level. So this feature will let players know right away whether they can move or destroy an object, instead of having to spend time figuring that out. 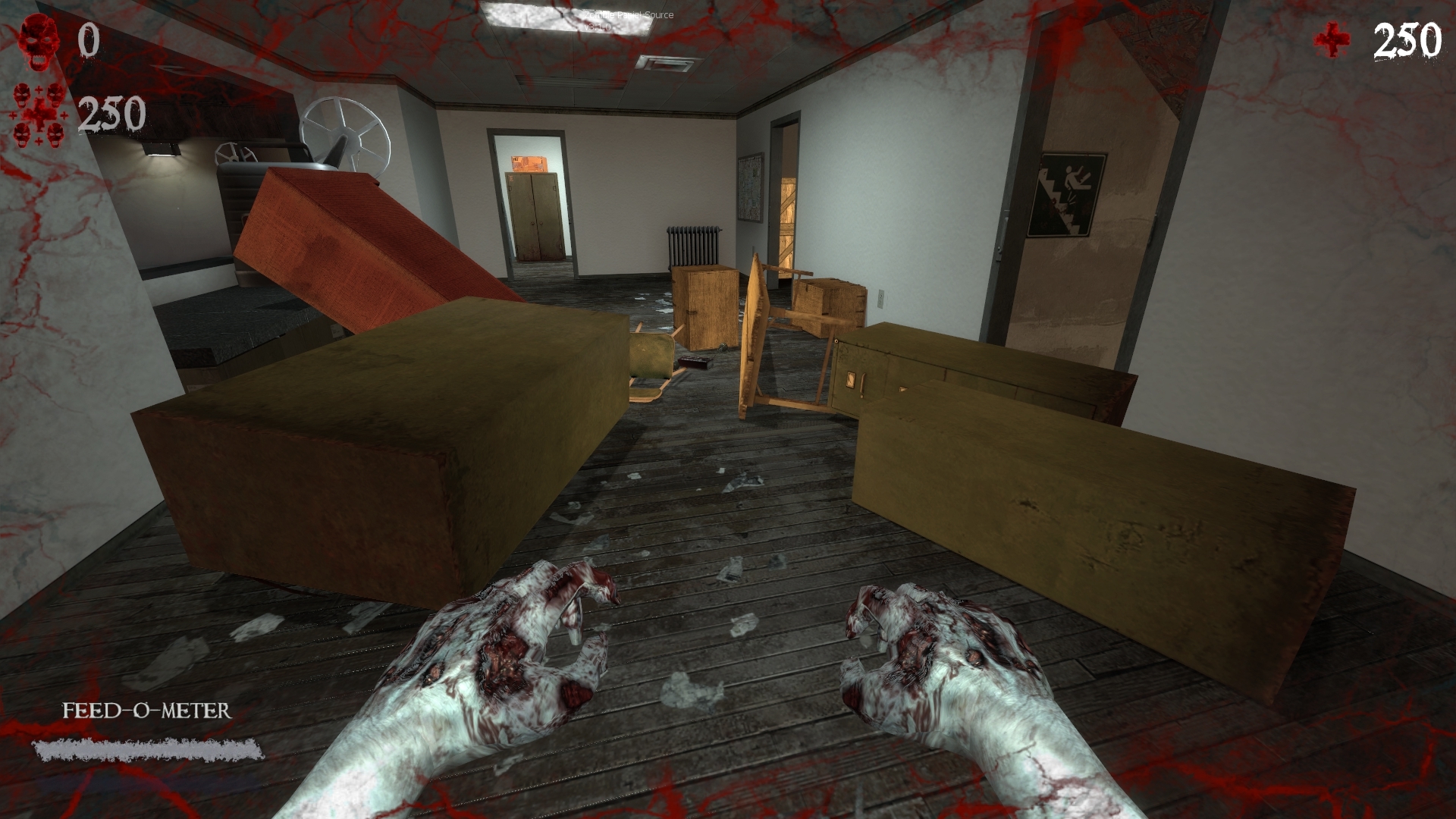 We've updated and added some optional features and in-game commands that you can configure to your preference in Zombie Panic! Options. Those include: ability to change the color of the item's glow, sort the scoreboard by score or kills, choose the destructibles color in Zombie vision, and more. Be sure to check them out! 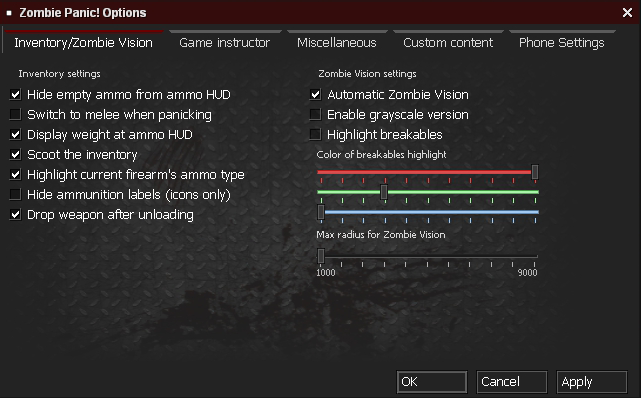 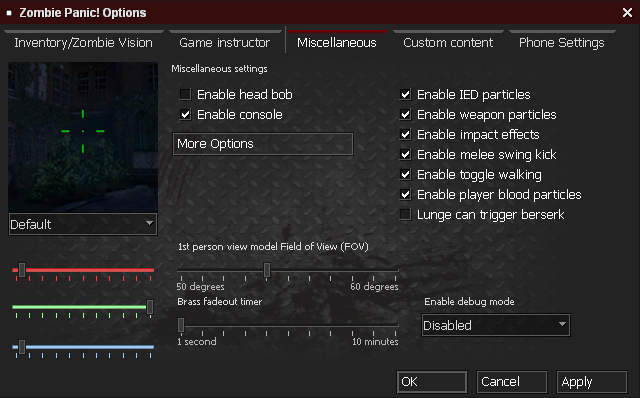 We understand the community content (maps, models, skins, sounds, etc) inside and outside of Steam Workshop are a part of ZPS's identity. It's always a pleasure to see new content being created and shared. Unfortunately, we had some hard times where we had no choice but to sacrifice some backward compatibility with the existing third-party content for the benefit of stability, performance and maintenance of the game.

Although, not everything is broken and lost, as some content might still work without any required update from their respective author(s). We prepared a documentation to guide the community on what changed and what needs to be done to get the addons properly working with ZPS v3.1. We invite those content creators to opt in the beta and check your content to see if it works, and prepare an updated version of your addons for v3.1 before it fully releases to the public.

How To Opt Into The Unstable Beta

You can find info on how to switch your game to the unstable beta branch here.

Or you can install and manage multiple different versions of the game using SteamCMD. There's a guide explaining how to do this.

Don't hesitate to contact us directly here, on our Steam Discussions Boards, or via Discord for further instructions and questions.

Play The Unstable Beta With The Community!

We'll be hosting events, mainly on the weekends, where we are going to test the unstable beta with all of you from the community. Join our Discord server for notifications when we, or players from the community, are playing. We hope to see you around sometime!

We have a public unstable beta branch server you can play on any time;

Your Feedback Is Important!

Providing your opinion on the update and its changes is crucial for us to be able to create a game that is enjoyable for everyone possible. We are always listening and taking your feedback into consideration. But please understand that we cannot always follow your requests, it depends on the situation. In some cases, we may not want to if it conflicts with other aspects of design.

Please do not be discouraged from providing your feedback to us because of this! If you want to make a difference in the game, then we need you to tell us what you think! We would appreciate it very much if you could take the time to provide your feedback. We'd prefer for you to do so on our Steam Discussions Boards - where we can go back and read it anytime, and other community members can provide their feedback too.

Great to hear long time fan and will definitely test the linux version!

This is good. Keep it up.