Posted by BlazingGriffin on Apr 7th, 2015

Today we say goodbye to Early Access! It’s been a crazy ride which started with being Greenlit in only 13 days. Since then, 4 months have passed and we’ve released 12 major updates and loads of new content and features. We’ve had over 300 player-requested features throughout Early Access and we’ve pleased to say over half have made their way into the game and more likely to be added in the future. We’ll be posting an update later in the week as we’re sure you are all interested to hear about the next step for Distant Star: Revenant Fleet (rest assured, we’ve got plans to continue adding to the game and expanding the franchise further). For today though, here’s the final Beta patch – and there’s loads of cool stuff!

More options in the starting shop

We’ve added a bunch of attachments to the starting shop to give you a few more options in configuring your starting fleet. You’ll have to decide what ships you want and whether or not they’ll have attachments added to them – but importantly, you’ll have options. In particular, one option you will have is whether or not to try out the… 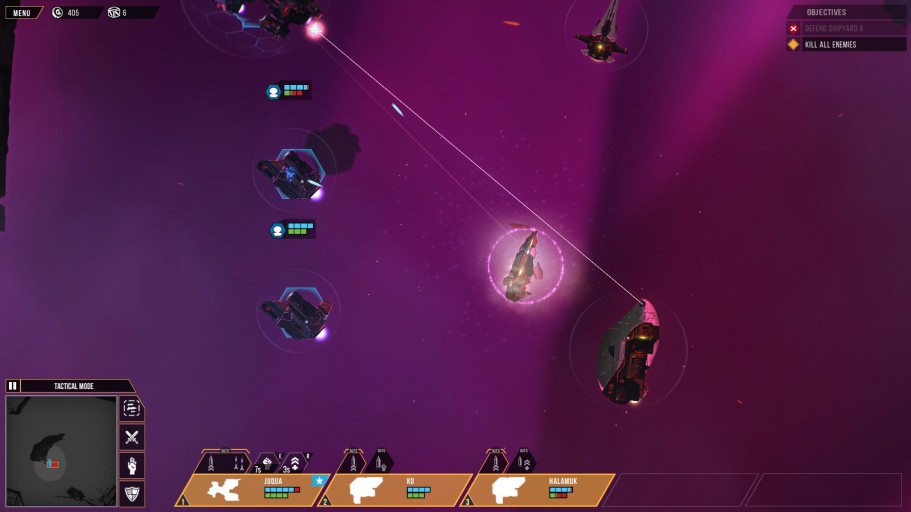 We’ve added the A’Kari gunship as a playable ship. You’ve seen the Orthani variant quite a lot and maybe even the A’Kari version if you’ve made it to the Erebus Platform – they’re essentially a smaller version of the Assault – they can equip one weapon (missile or cannon) and one attachment (similar selection to the Assault) and with 4 shields / hull each they will be able to take a lot more hits than the Lancer would be able to. Check it out and let us know what you think.

Each sector will have separate guaranteed shops for attachments, ships and supplies. And the even better news is that the attachment shops will contain a random selection of attachments, including the new… 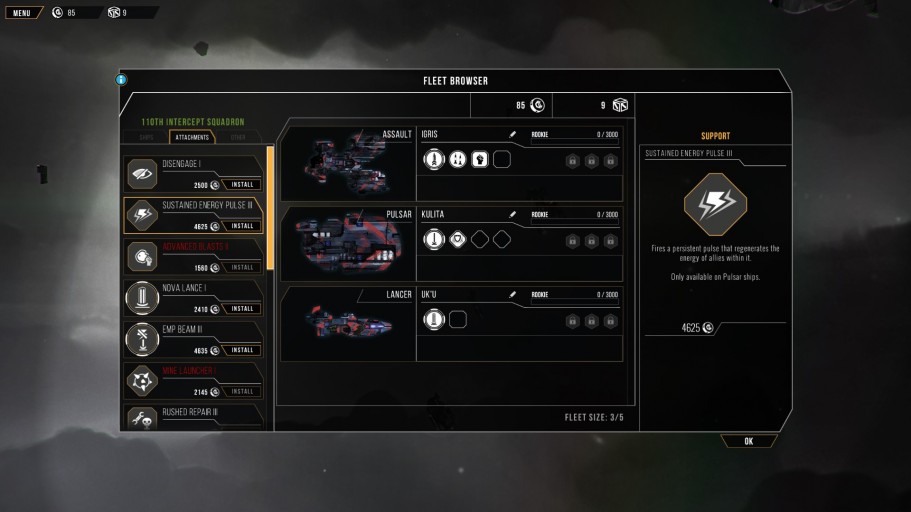 All weapons and attachments now have tier 2 & 3 variations which will be dropped as mission rewards or purchasable in shops (although they will be rarer than tier 1 attachments). As you would expect, these upgrades are more powerful than lower tier versions.

Danger level will now increase more per jump but it will completely reset when you enter a new sector. This changes will mean there is an increasing risk to remain in a sector, but you won’t be carrying that penalty with you to the later game.

Previously, if you saved a game while in a mission, you would incur a permanent critical damage penalty for all your ships. We’ve changed how this works. First of all, if you are in a mission but not in combat, you can save and exit without penalty (the same as if you saved in the sector map). However, if you are in combat, you can save and exit but you will incur a penalty. All ships will receive critical damage or two if a ship is disabled (but they can be repaired) and you will consume 1 supply. You’ll still have to replay the mission when you reload the game, but it will start over so you can choose new story choices if you want.