After the big announcement of our partnership with MicroProse and all the buzz in the media, yesterday we saw Urban Strife enter Steam Top Wishlists! And we want to extend you all a big THANK YOU! But there is still a lot more work to be done, so distractions aside, here's what we have been busy with in the last two months since the August update:

We are expanding the choices for the player avatar by adding new skins for the Asian and African races. And yes, there will be more haircuts too. A female hero is planned, also.

As for player’s apparel, we decided to add a couple of sets of tight clothing, but without going overboard. Instead you will be able to add more diversity where it counts, using various body armor pieces for that crazy post-apoc look and with the added bonus of personal protection.

There are about 30 base upgrades planned and currently under development. Each of them satisfies one or more shelter needs: 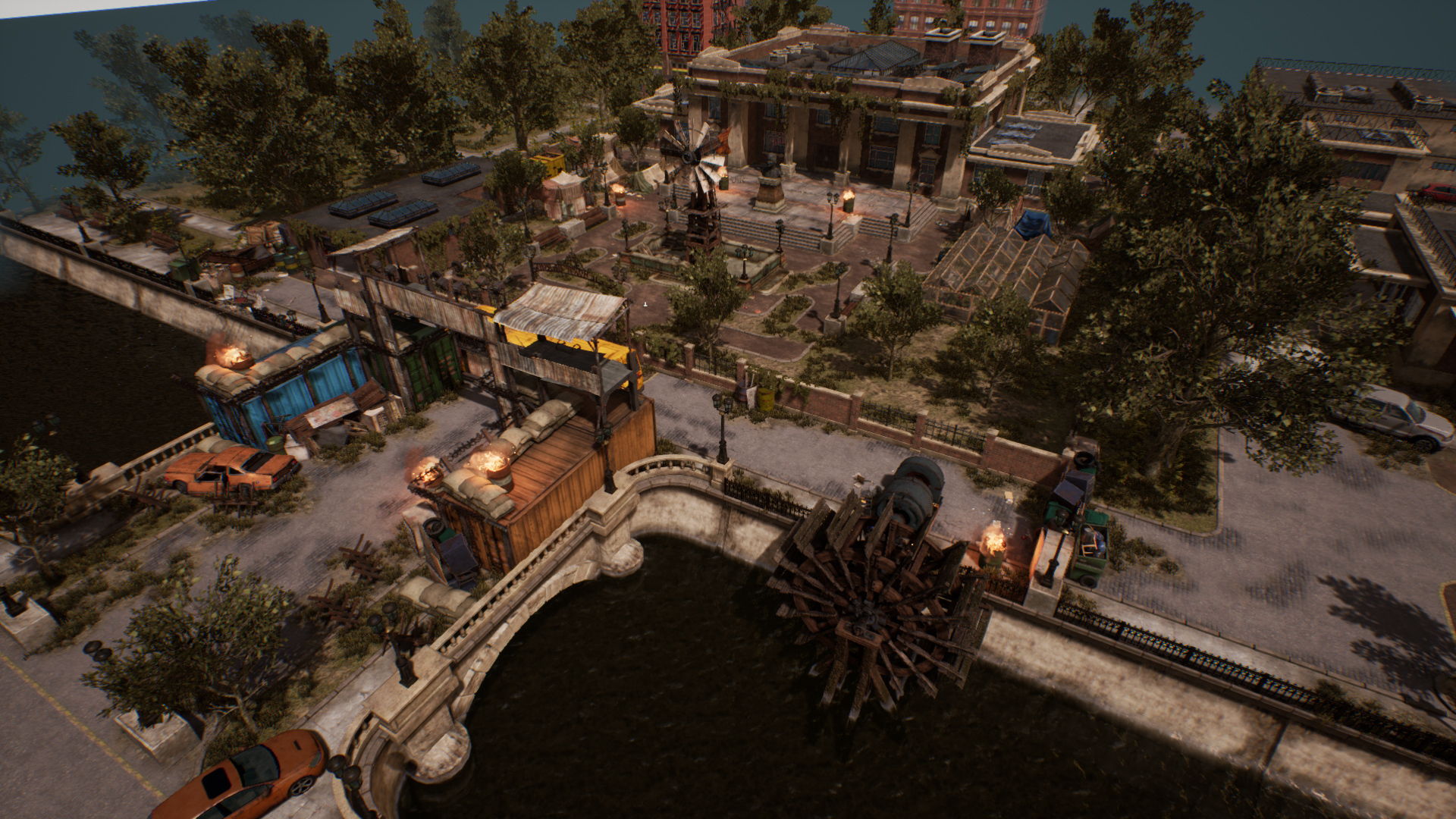 Three new maps are in advanced stages of production (a new gas station, a hardware store & a motel map). Another three maps are in incipient stages. These are locations where story critical events will take place and where you will be able to influence the faction war directly, either by going against or helping the current owner. 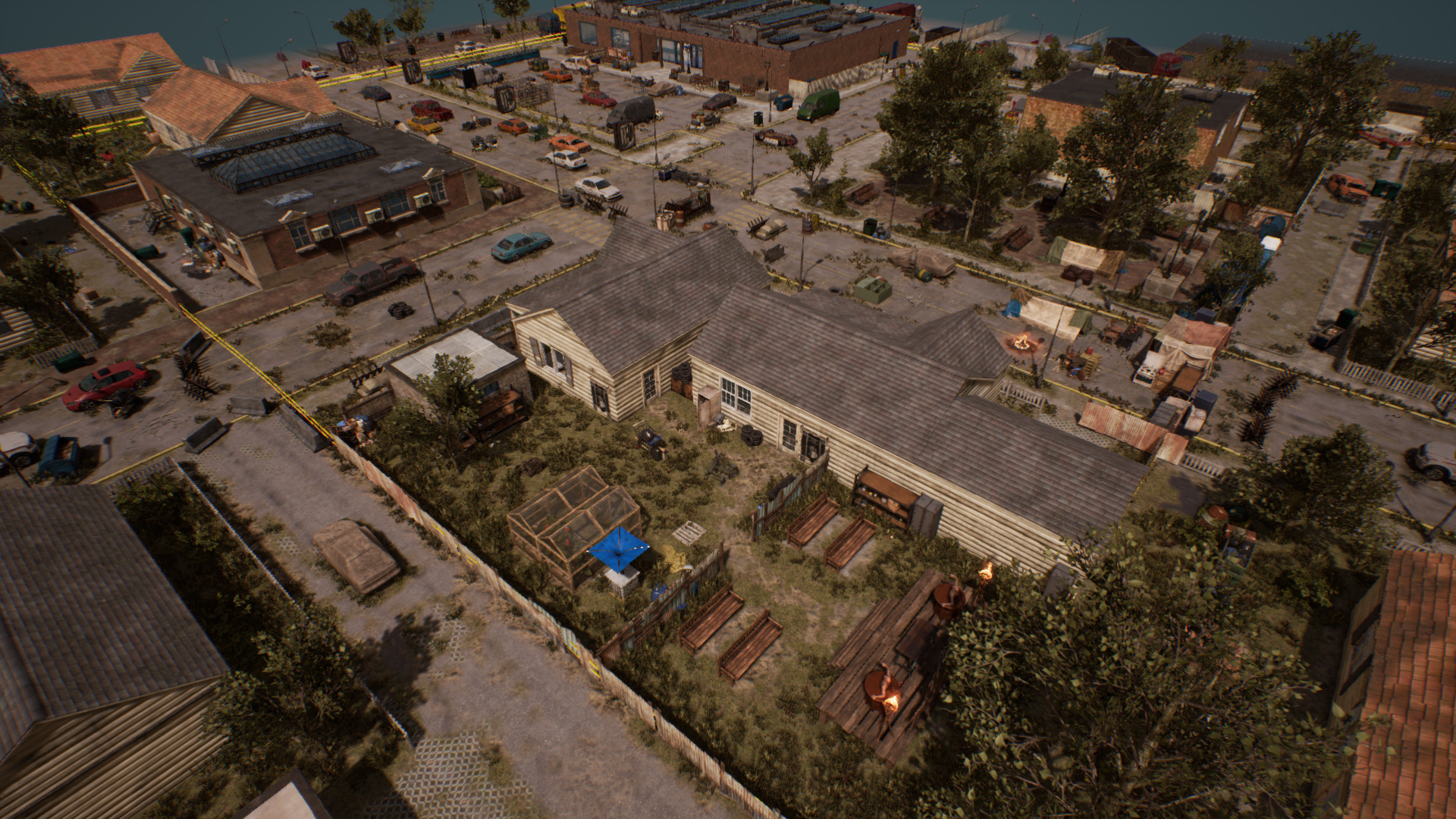 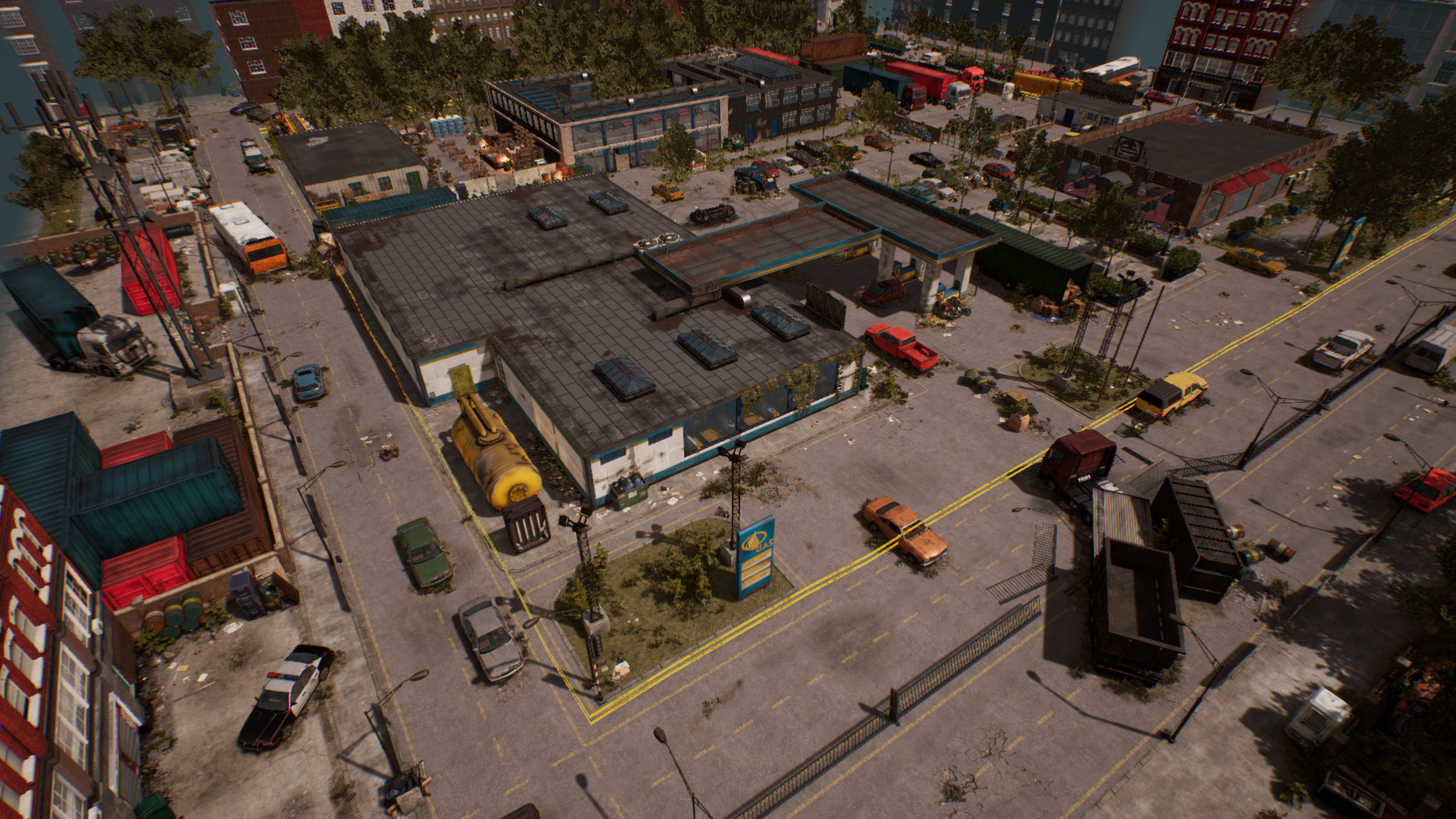 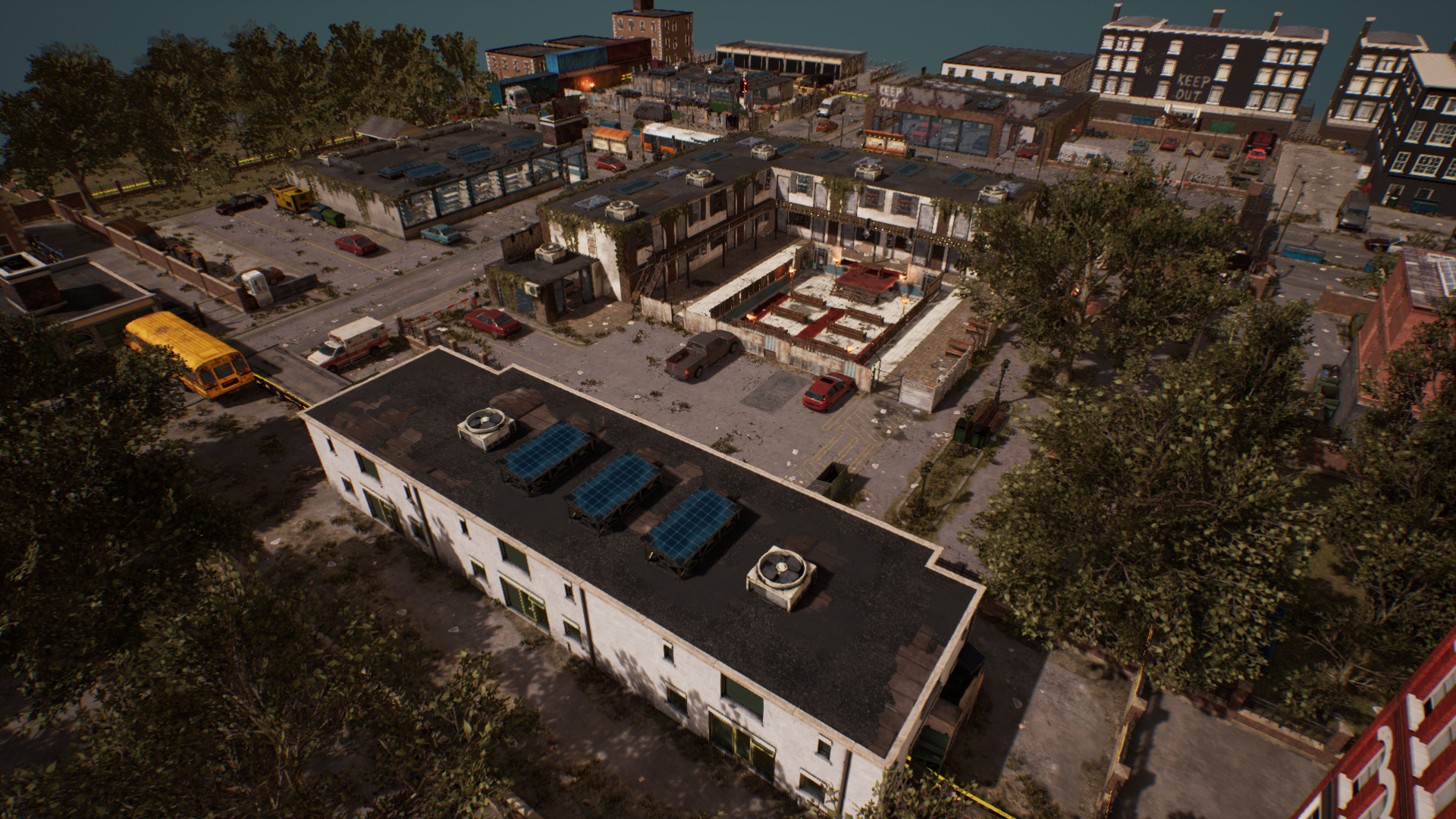 The script for the first major faction conflict is nearly done, pending gameplay testing. It follows the player while he/she is engaging in negotiations with Army and Biker factions to attack a Cultist camp in the Urban suburbs. Led by a madman, the cultists went rogue, robbing the passers-by and killing those who do not pay up.
Now a friend of the Shelter is in on their hitlist and you cannot sit on the side-lines anymore. You can confront them alone or befriend the bikers or the army patrol in the nearby sectors. With a bit of legwork, you might get under their skin. And being their buddy comes with several advantages, specific to each faction.

Some of the NPCs that can be recruited in the player’s party already belong to a faction, as part of their biography. This means that engaging in dialogue with them as a speaker gives an affinity bonus if the target is of the same faction. We have modified the dialogue system to allow any member of the player’s party to be the speaker and have his/her personal bio and skills influence the outcome. Even if the dialogue has been initiated by another NPC, if a party member has a faction affinity and is in proximity, he/she can intervene in the dialogue flow and take over. 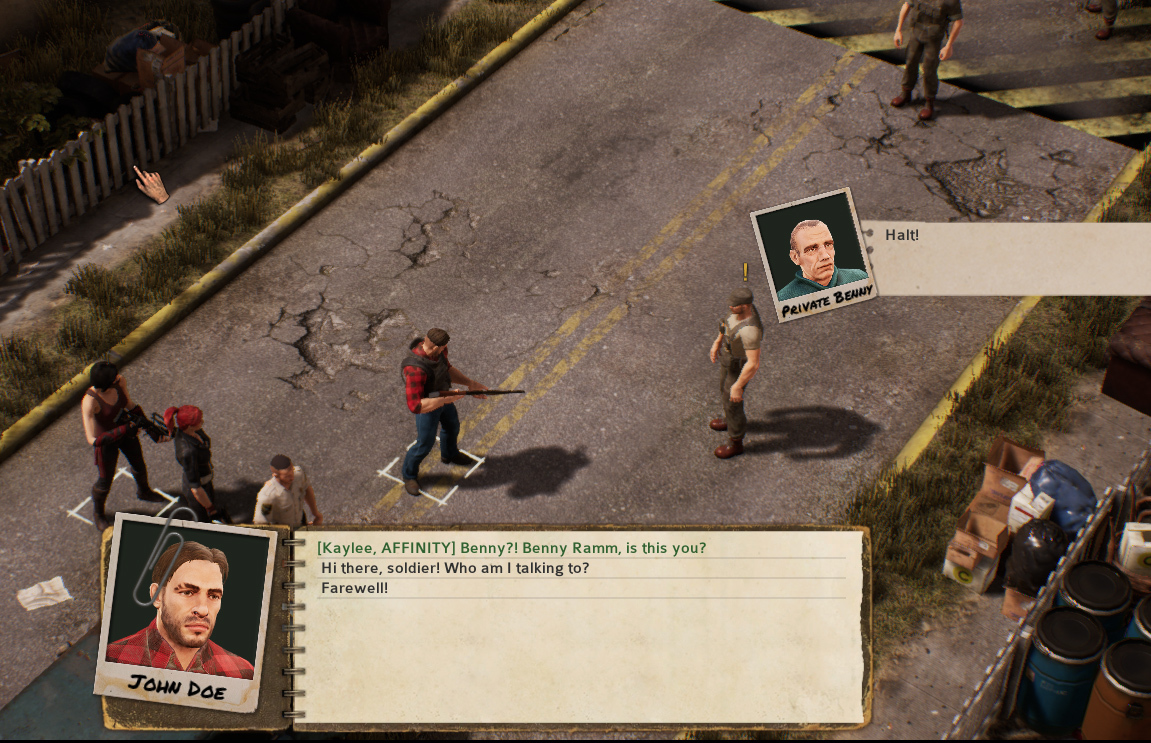 We have introduced body armor, an element very much needed to balance the combat, especially when high powered guns come into play. The armor comes with specific resistances to bullet, blunt and slash damage and varies in quality, with options such as additional throw-away plates that you can loot and/or manufacture. 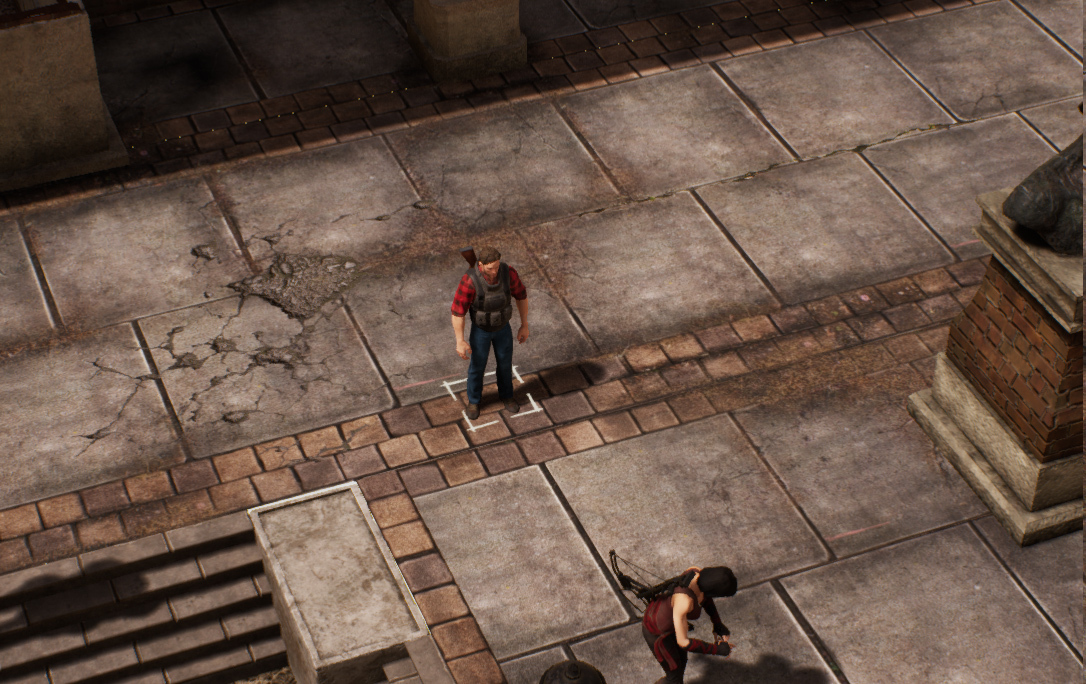 We are separating global health from body parts health, so that a damaged limb will cripple a person while not severely affecting their overall health (the logic being that people have survived losing a limb, but losing the torso is pretty much game over).

Another notable change is that all damages are getting linked to an internal pain meter. This way, a freshly wounded character will have some penalties in combat. Gone are the days when the last enemy will take you down with his very last HP left.

Finally, bleeding & heals are receiving an update. You will need to bandage each source of bleeding and doing this will start the process to recover health over time. How fast or how slow you regain full health depends both on the severity of the wounds, your perks but also on how advanced the medical treatment is. For example, a sterile bandage is the slowest boost to health regen, while receiving medical aid from a qualified nurse/medic equipped with a medkit is one of the fastest way to get on your feet.

Overall map Art Direction is excellent! I'm not a big fan of those dented profile pics, but everything else is very professionally done. Maybe as a QoL feature, you could enable slightly bigger dialogue fonts. Other than that, its perfect and we KNOW it and are watching this game!!

Thanks for the feedback and the kind words! We are far from a final version of the hud (we've had at least 3 iterations) so expect a lot of improvements in that area.