Upon the request of several players, Urban Conquest for Arma 3 has been updated to include an option to disable zone defenders and adds coherent class names to the spawn selections screen.

I've been working hard to make this mission as fun and playable as possible, but I don't want to over extend what I do in the alpha version of the game as I'm sure there will be alot of changes as we roll towards the Beta version of Arma 3. That in mind I've done minimal work in actually changing the core of the mission and mainly concentrated on integrating it into the available features of the Arma 3 alpha. 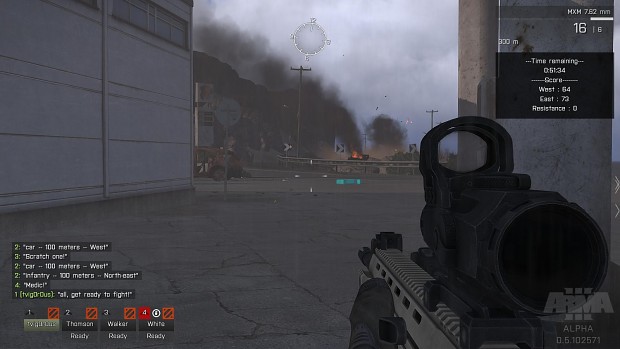 Version 005 has been created in the DEV version of the Arma 3 Alpha and I'm not sure what effect this will have for users of the standard alpha release version. Hopefully not much, but should issues arise, I appologize in advance and would strongly encourage you to try the DEV versions as improvements are being made constantly by the excellent dev team at Bohemia Interactive. 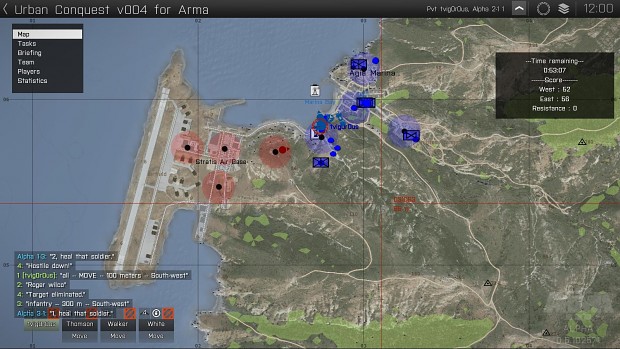 I anticipate this will be the final release of Urban Conquest on the alpha version of Arma 3. There just aren't that many places on the small island of Stratis that fit well with the theme of Urban combat, but the current map layouts are still very fun to play. I hope you will enjoy the mission. Thanks