Updates to the UNCF ship models, textures, and some history.

Apologies for the long period after the last update. Life has a way of throwing curveballs at us in form of Planet Bombs! But we've been working steadily on getting new meshes made and textures added to them, it's quite the fun learning process. We've decided to get the 3d Artwork done first before everything else. But what's an update without some images of the work we've made! Myself and Dj_Cheef we've gotten the following meshes updated and textured! Hope everyone likes them more are certainly coming!

The Yamato mesh has been significantly cleaned up and reworked to reflect the 2022 version of the Yamato. A new conning tower and smoke stack model were completed as well as reworked guns and 3rd bridge. 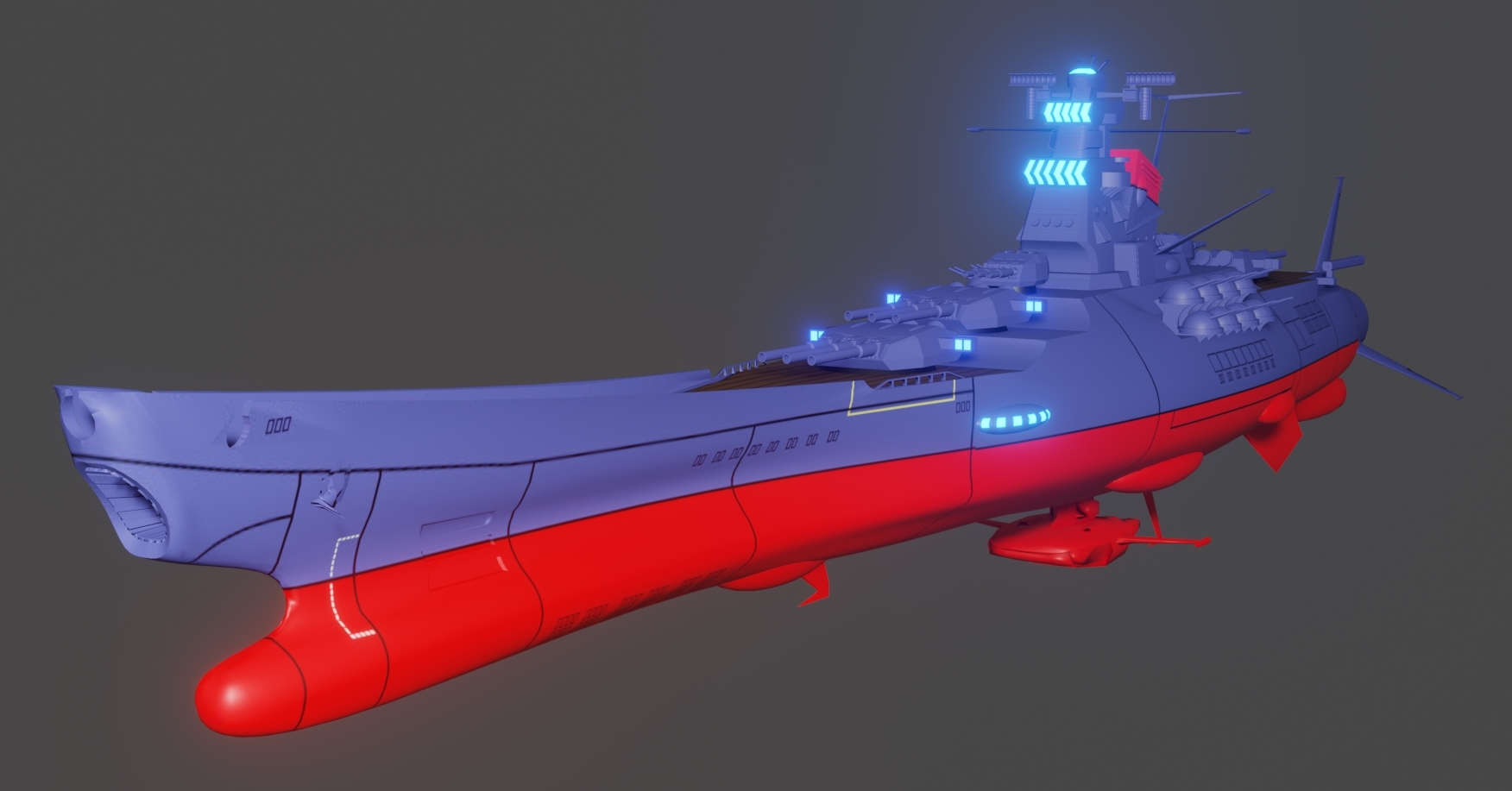 As seen in the Yamato 3/Bolar Wars series in the original run the Arizona Class Battleship was created with technology enhanced by salvage and reverse engineered Comet Empire technology. The namesake of this class stood toe to toe with an entire Bolar Fleet before ultimately being taken down. The Bolar Federation, prior to their interaction with the Galman Empire, decided that Earth was not a force to be trifled with. 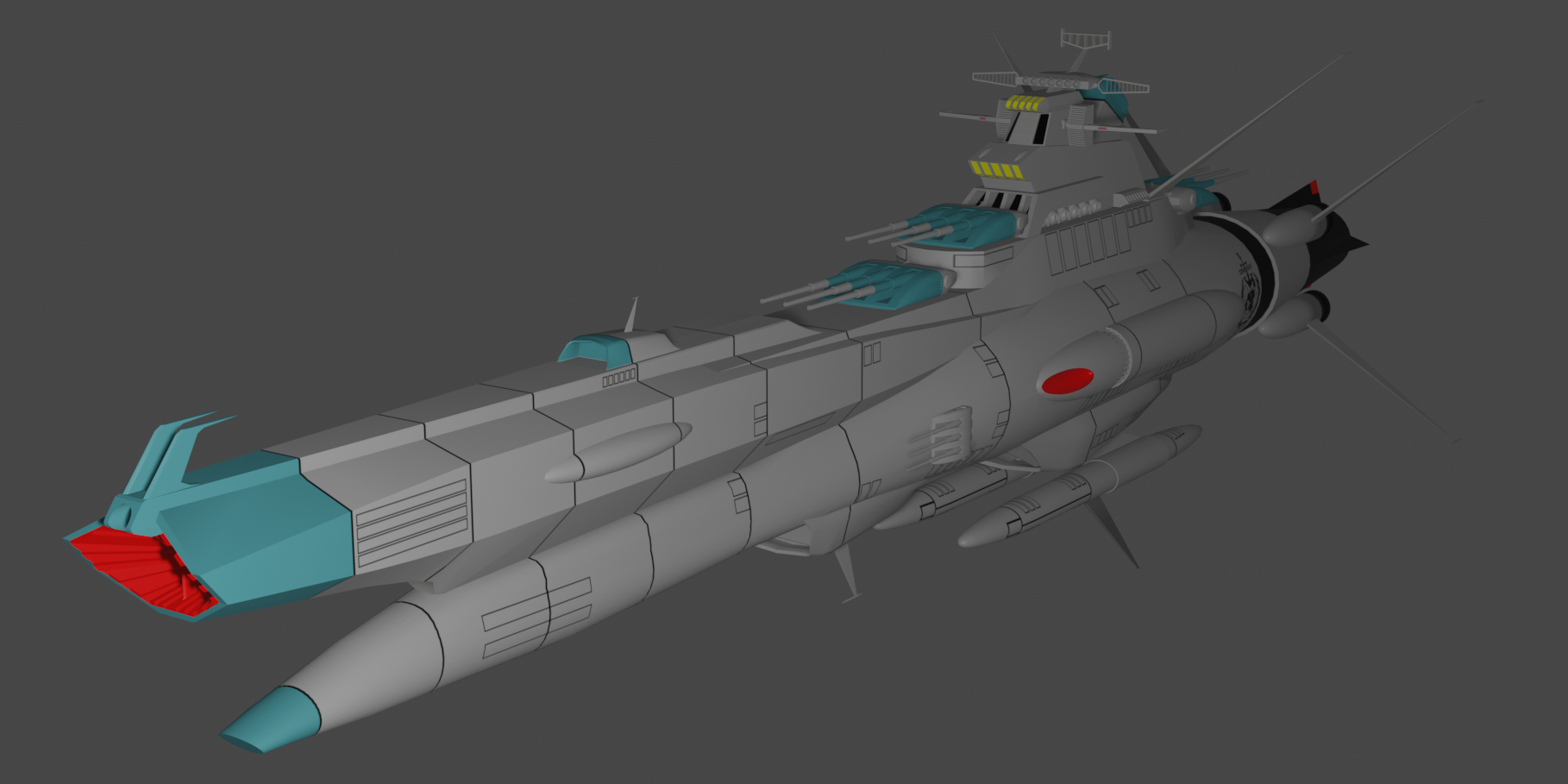 The Andromeda Class was the UNCF's first attempt at creating a partially automated Battleship with minimal crew and Artificial Intelligence. The Andromeda herself was under the direct command of Admiral Hijikata friend to Admiral Jyuzo Okita and instructor to Susumu Kodai. Hijikata and the Andromeda solidified their place and the prowess of the ship class during the conflict against the Gatlantian Comet Empire when they sacrificed themselves to relay crucial information to the Yamato Crew. (Textures are WIP!)

The Lexington Class Battle-Carrier functioned as a support vessel, transporting several flights of Cosmo Tiger II Fighters and Bomber variants to the frontlines. They were considered to be weak in terms of offensive capabilities and armor but made up for it by being augmented by fighters. (Textures are not yet started!) 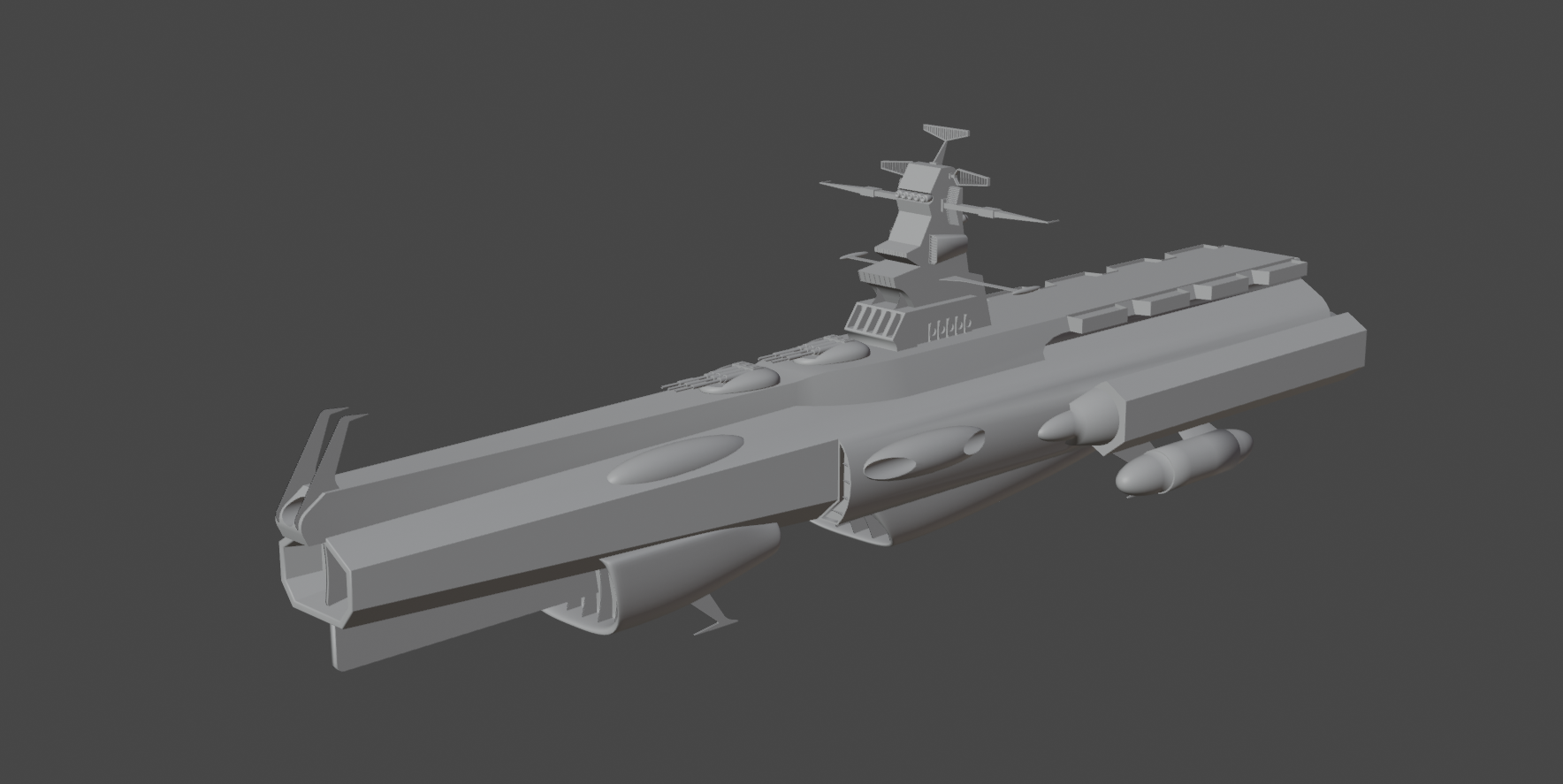 The Cosmo Black Tiger distinguished itself in combat many times over during the war with the Gamilas Empire. It's forward facing guns could not only be configured for conventional rounds, they could also fire super heated plasma similar to the Yamato's pulse-laser battery but much more direct power. Giving the Black Tiger fighters the ability to take down lightly armored ships. (Textures are WIP!) 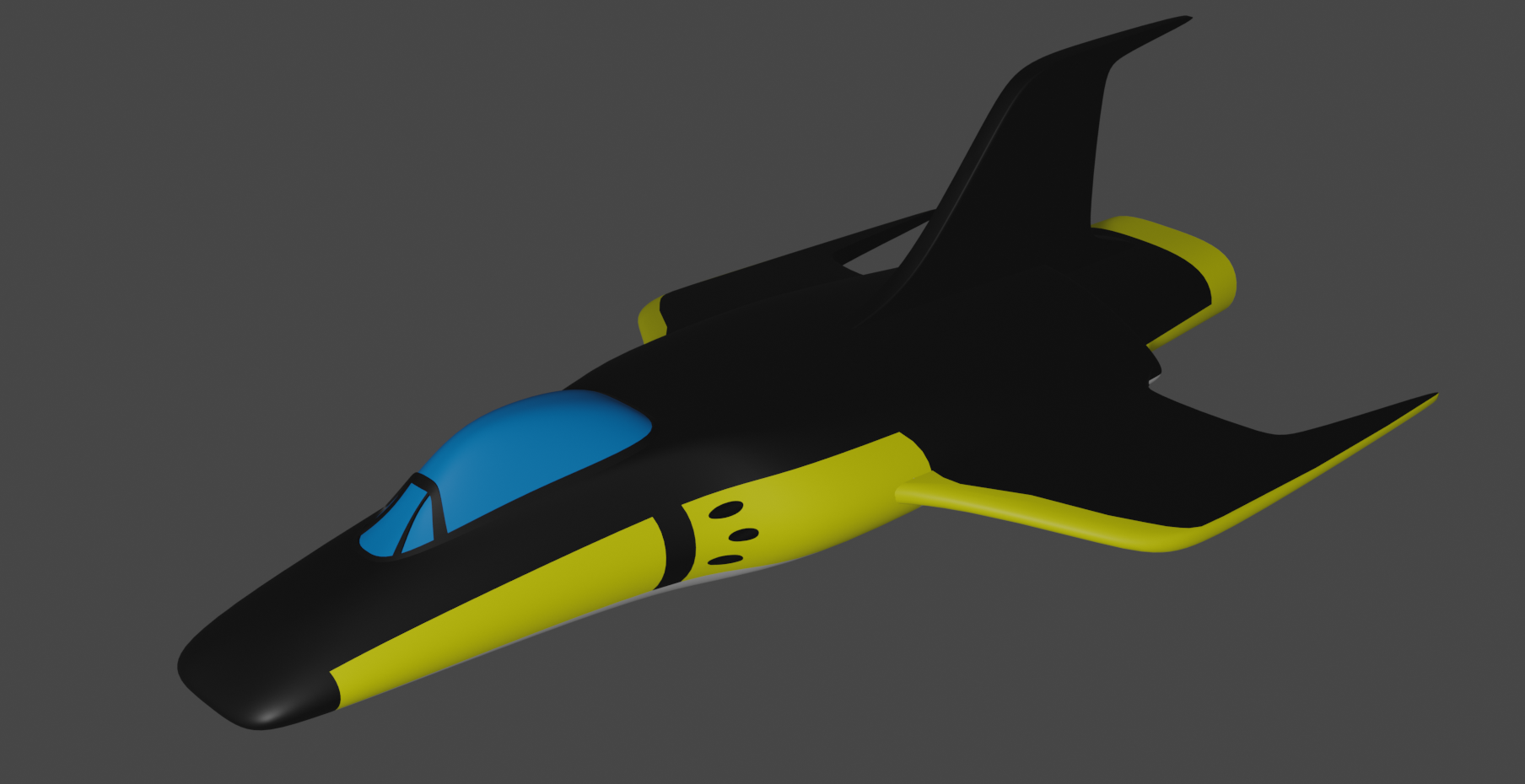 Armed with Shock Cannon and Pulse Laser technology and the ability to maintain position the Battle Satellite functions as the UNCF's primary planetary defensive station. Covering a wide orbit around Earth the Battle Satellite is capable of destroying light and medium armored targets unless overwhelmed by superior numbers. (Textures not yet started!) 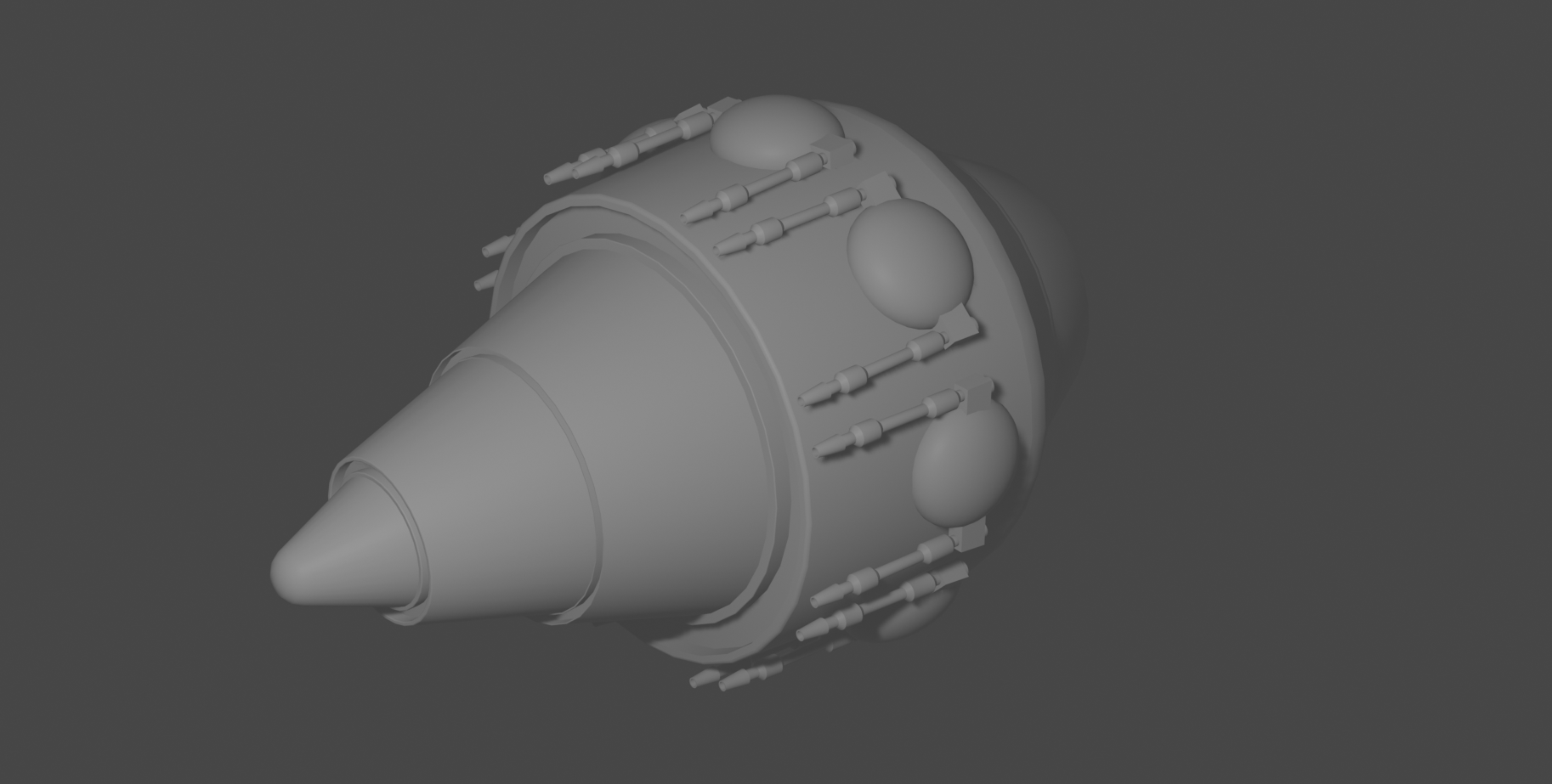 Built in 2220, the Cosmo Pulsar was the culmination of proven designs of the Cosmo Zero and Cosmo Tiger II Bombers. The Cosmo Pulsar acts as a multi-purpose Fighter-Bomber combination. The fighter is capable of standing toe to toe against other fighters while being able to bomb its targets without so much as losing momentum in it's attack runs. 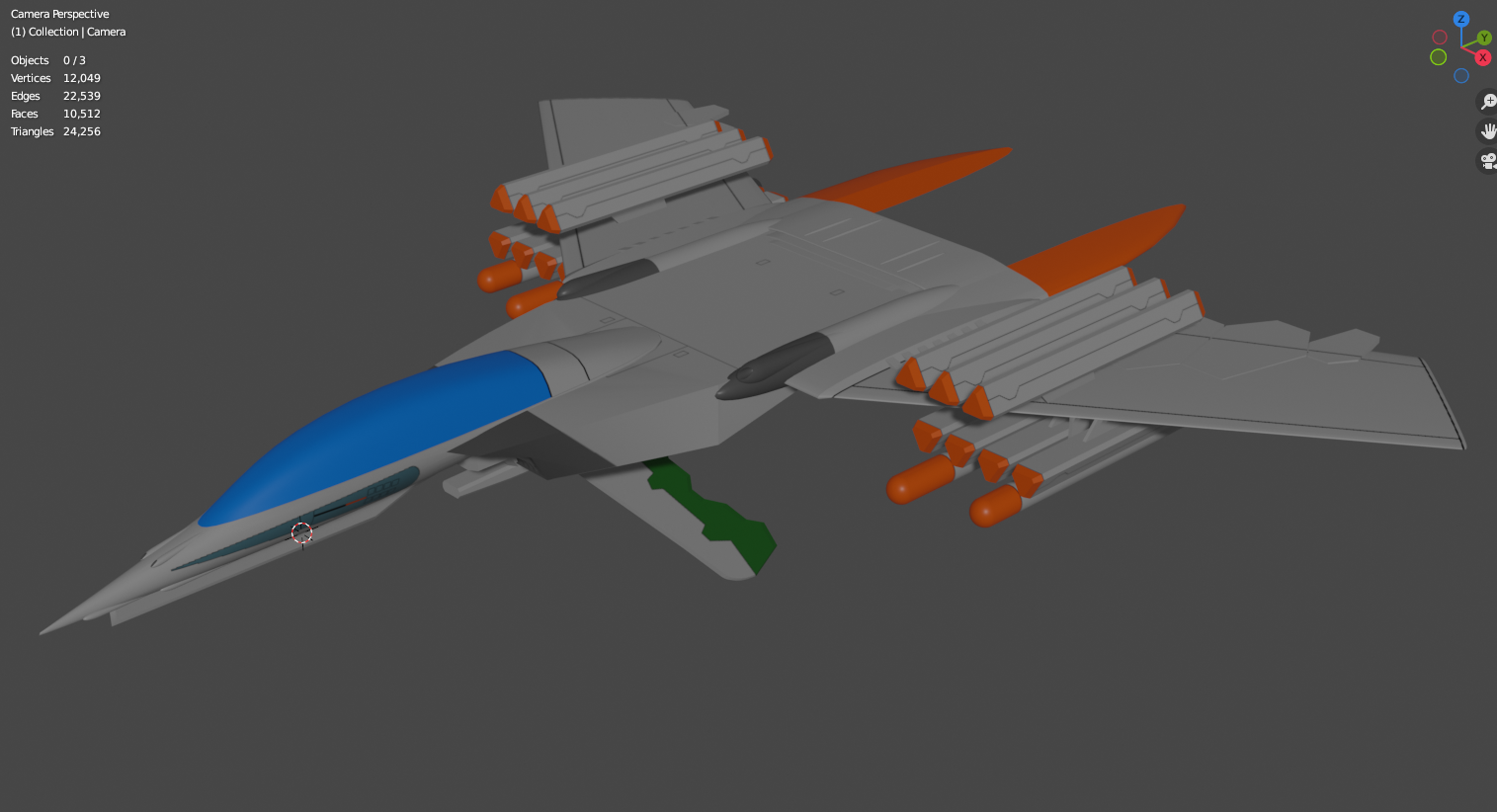 And that brings us to the end of our update! We're going to aim for monthly updates as we work on the mods and artwork! Stay tuned everyone! Thank you so much for the support thus far!

Looks fantastic! My son and I are really looking forward to it. :)

I can't wait. I'm really excited for this mod!!!

Thanks! We're having a blast working on this! Please follow our ModDB page for future updates!