a first approach to some of the Learned lessons on our kickstarter adventure up to date, as to allows for other developers to improve their approach to the crowdfunding portal

When writing a post for Hydra’s blog about the launch of our kickstarter campaign, by pure luck I started with the image of Albert Einstein and thought about what he would have known about kickstarter, and how the relativity theory would have probably been focused on how to freeze and accelerate time when you are starting a kickstarter campaign for your game.

He would also have probably found an equation that would make it easier to understand the key driving parameters that would determine what made a kickstarter project successful or not. 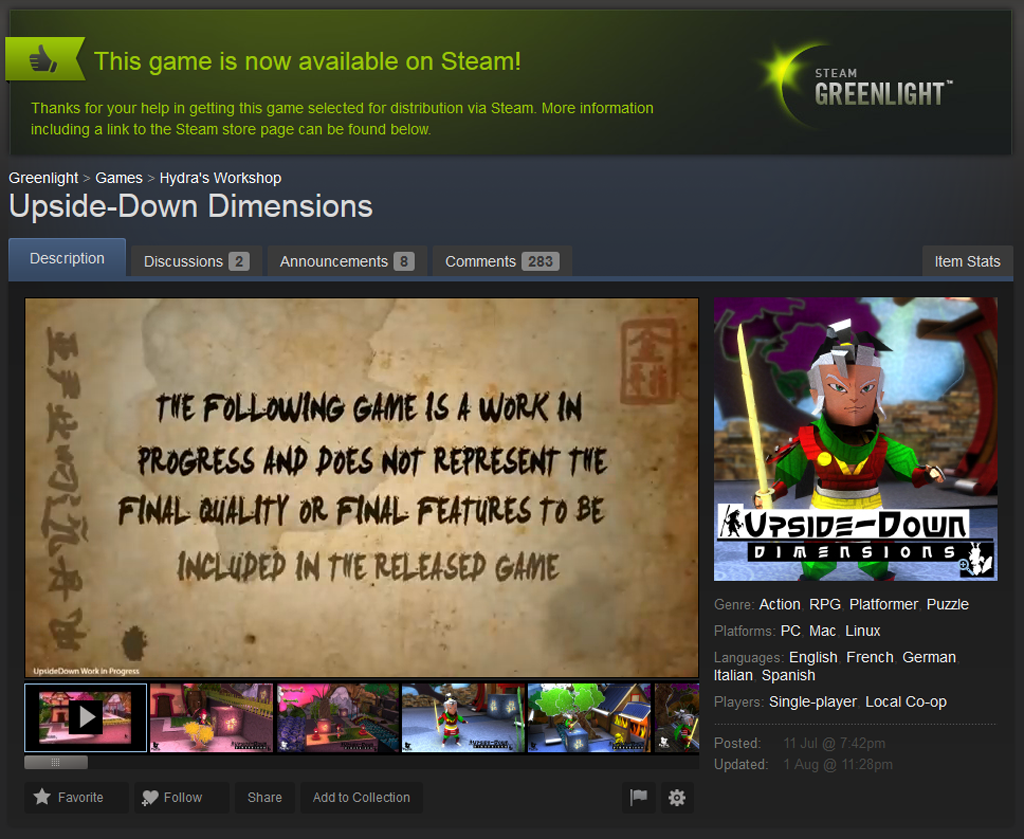 After the great success that we had with greenlight, we thought that the next logical step was to move forward to the crowdfunding site and try to get the endorsement of players through their backing.We have been working hard over the past few months to get everything prepared.

To be ready for something, that we know would be intense and require a lot of energy. I think that it would be an interesting journey to share our experience with others, who are also thinking of using Kickstarter to fund their own projects.

The first major obstacle is that in order to deal with a crowdfunding campaign you have to forget most of the things that you already know, especially if you are coming from the games industry. Most of the things that you will have learnt over the years will not be handy but rather a problem, because it will condition a lot of the decisions taken, based on parameters that are no longer true in the current state.

For example, a couple of years ago, no game developer would post materials of their game before finding a publisher, because if you do, this would seriously compromise any possibilities to find a publisher who would be willing to sign the game. Now-a-days if you don’t start showing the game’s concepts, mockups, alpha screens, etc. you will get nowhere when needing to make any social noise.So that means, that the more social noise you make with your fans and with the media, the better chances you have to get any traction when starting your kickstarter project.

Currently the major problem that we are facing, is that game journalists are basically tired of Kickstarter launches and don’t want to publish this type of content. So that reach and drive needed from the beginning has been difficult to acquire, as we try and find other ways to let people know about our game.

Again, for those who have been in the games industry for a long time, don’t think traditionally and don’t think in exclusives, they will not work. No one is interested in kickstarter launches. People are interested in the hero’s journey, in how a small indie team overcame the challenges they had to face to fulfill their dreams of making a game that they have been longing to do.

If no one knows you, and you don’t know anyone prior to kickstarter, do not go there. Spend time making some social noise, get your name known by other fellow developers, by gaming communities, journalists and other forms of media.

Prepare for your kickstarter.

Start months, if not years ahead in creating your own online brand, or your chances will be really low.To be continued …