Lots of new updates. Sorry I haven't posted here as much as I should, I'll try to stay on it more.

A slew of updates. You can also check them all out at TIGSource as well.

The past few days have seen additional bug squashing. I've also added trees. They're randomly generated at the start of the game and eventually you'll need to cut them down for lumber. I've also been working on perfecting combat (knights, spearmen, and archers all function as RTS units unless one of their "needs" aren't met (sleep, hunger) in which case they'll leave their post to fulfill that need). I also have the King only moving about a certain distance from his throne. I plan on having him spend a good portion of each day holding court and only venturing from his throne if he's escorted by knights.

I was also able to finally lock down a decent format for autotiling the walls when builders build. I wanted something that wouldn't be too CPU heavy but quickly set the right tile for all walls when things are built. 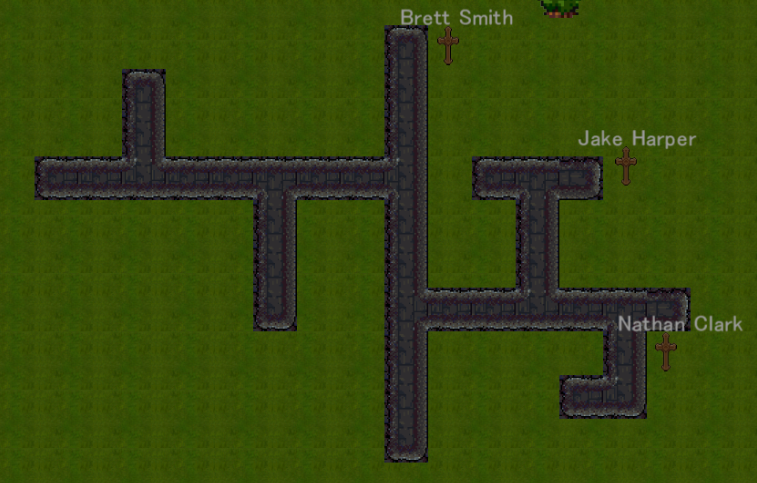 I've managed to get a basic framework in place to assign one knight to guard the King. This escort system is still far from perfect but I'm happy with it for now. In the future I'd like to allow you to assign 0-4 knights to escort any noble. Currently it just picks from a random knight and assigns them to the king. However, I'd like to assign a "King's Guard" of exclusive knights that are of a superior cloth that guard the king.

I've also included a tax system which is currently the only way to make money in the game. This is a slider that allows you to set the tax rate at 0%, 25%, 50%, 75%, and 100%. Every three(3) minutes this percentage is multiplied against a set value(still playing with that number) and multiplied by the total number of peasants. You have to provide peasants with certain standards to be able to tax them or face their revolution as they attack you and try to overthrow you for a rival noble.

So lots of updates, sorry for throwing them all at you guys. I'm hoping to have play-through video shortly!