Hello! I've been working on this project for around 2 weeks. Since last update I've added couple of new rooms, new enemies, obstacles, lighting, some graphical updates and other things.

I didn't like that there is no mood in the game and since you're in a dark dungeon best way to make it moody is to make it actually dark. 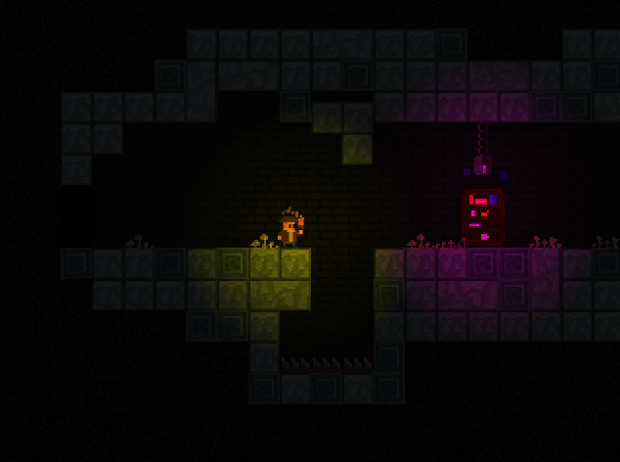 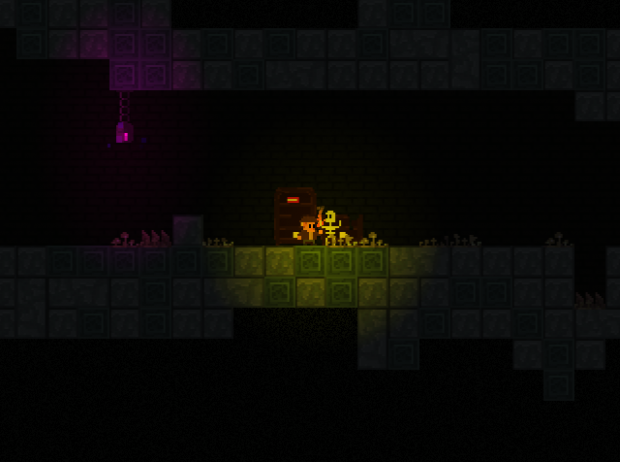 My current goal is to add around ten more rooms, 1 boss battle, polish existing levels add some decorations, fix bugs, add menu and save system and release a short playable demo, so you can try it out and leave your feedback and suggestions.

Thanks for your attention ;)

If you want a mood, play some mood music ;). Have you tried playing monster growls in the background? Maybe when your close to an enemy? Looks fantastic by the way.

Thanks for your kind words. Currently I am working on mechanics and gameplay and a little bit on graphics. Audio is not currently implemented and most likely will be added at the end of development.